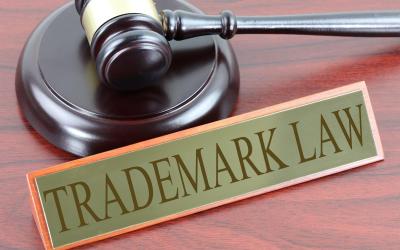 The use of deceptively similar trademarks was allowable for goods or services falling under different classes and it never became a major issue of concern. For instance, the trademark MARUTI for cars also exists for tissue papers, hosiery products and also hardware items. Such independent existence of the same or similar trademark was acceptable and has been in use for products falling under different classes and do not pose any conflict or overlap between the relevant consumers. However, the courts maintained a consistent view that existence of deceptively similar trademarks were not permissible for goods or services falling under the same class.

But now, post the recent judgment of Nandhini Deluxe v. Karnataka Co-Operative Milk Producers Federation Ltd. Civil Appeal No. 2943-2944 of 2018; same or deceptively similar trademark can be used even for goods falling under the same class if they are visually distinct when compared. Supreme Court held that the use of similar trademarks for different goods or services, even though they might be falling under the same class, cannot be termed as infringement.

With the IPAB and the HC restraining Nandhini Deluxe, the restaurant chain, from using the “NANDHINI” trademark and considering its use to be an infringement of the well-known trademark “NANDINI”, Nadhini Deluxe further appealed against before the Supreme Court.

The Supreme Court put together a detailed comparison on the trademarks in dispute and observed that the marks in question, “NANDHINI”/”NANDINI” of Nadhini Deluxe (Appellant) and Karnataka Co-Operative Milk Producers Federation (Respondent), respectively,  cannot be claimed to be deceptively similar, and not amounting to any confusion among the general public. The Court held as follows: “Though there is a phonetic similarity insofar as the words “NANDHINI”/”NANDINI” are concerned, the trademark with logo adopted by the two parties are altogether different. The manner in which the Appellant has written “NANDHINI” in totally different font as compared to the style adopted by the respondent for its trademark “NANDINI”. Further, the Appellant has used and added the suffix ‘Deluxe’ and, thus, its trademark is “NANDHINI DELUXE”. It is followed by the words ‘the real spice of life’. There is device of lamp with the word “NANDHINI”. In contrast, the Respondent has used only one word, namely, “NANDINI” which is not prefixed or suffixed by any word. In its trademark, “NANDINI” encircled by an egg shaped circle has been placed below the ‘Cow’ logo. A bare perusal of the two trademarks would show that there is hardly any similarity of the appellant’s trademark with that of the respondent when these trademarks are seen in totality.”

The Court held, ““NANDHINI”/”NANDINI” is a generic name, representing a goddess and a cow in Hindu mythology, and it is not an invented or coined word by anyone to the dispute.”

Further the Court concluded that there is no provision of law which expressly prohibits registration of a trademark which is similar to an existing trademark and used for dissimilar goods, even when they fall under the same class. It was held that no person can have exclusive right or monopoly over the entire class of goods, especially when the trademark is not being used with respect to all the goods falling under the said class. Supreme Court’s decision clearly construes that two visually distinct and different marks cannot be called deceptively similar especially when they are being used for different goods.

This in turn would be a huge relief to the trademark owners having trademarks similar to already existing trademarks for dissimilar goods falling under same class.

The complete judgment can be accessed at this link.