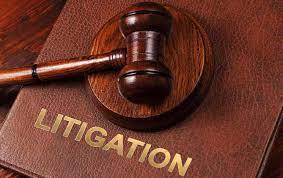 Introduction:
In a recent judgment, the Supreme Court of India, while keeping up the efforts of plugging various loopholes in Insolvency & Bankruptcy Code, 2016 (“Code”), decided an interesting legal issue relating to the scope of Section 5(20) of the Code, which provides the definition of “operational creditor”.

The Apex Court, in the case of Consolidated Construction Consortium Limited vs. Hitro Energy Solutions Private Limited,[1] was seized of the following legal questions:

In the meantime, on January 28th, 2014, the Respondent company was incorporated and in its Memorandum of Association (“MoA”), one of the objects was, “To take over the existing Proprietorship firm Viz. M/s Hitro Energy Solutions having its registered office at Chennai.” Since, the aforesaid amount was not refunded by the Respondent, therefore, on July 23rd, 2016, Appellant again requested the Respondent to refund the same, and also undertook to indemnify the Respondent, if at all, CMRL raised any claim against the Respondent for the refund of the amount of Rs. 50,00,000/-.

However, despite the above, no payment was made by the Respondent and the Appellant, vide its letter dated February 27th, 2017, once again demanded refund of the amount along with the interest @18% per annum. The Respondent, however, vide its reply dated March 2nd, 2017, refused to make any payment, based on a completely new plea that the light fittings ordered by the Appellant were lying in their warehouse completely unused and the same resulted into losses to the Respondent. The Appellant, thereafter, proceeded to issue a demand notice dated July 18th, 2017, under Section 8 of the Code and demanded payment of ‘debt’ amounting to Rs. 83,13,973/- fallen due and payable as on such date. The Respondent, however, vide its letter dated July 28th, 2017, denied that any debt was payable by them.

Hence, the Appellant filed an application under Section 9 of the Code before the National Company Law Tribunal (“NCLT”) seeking initiation of Corporate Insolvency Resolution Process against the Respondent.

The Respondent, feeling aggrieved, filed an appeal before National Company Law Appellate Tribunal (“NCLAT”). The NCLAT vide judgment dated December 12th, 2019, reversed the judgment of NCLT and held that the Appellant, being a ‘Purchaser’, cannot be said to be an Operational Creditor under the Code, as it never supplied any goods or provided any services to the Corporate Debtor i.e., the Respondent.

Being aggrieved by the above judgment of NCLAT, the Appellant filed the appeal under Section 62 of the Code before the Supreme Court of India.

Findings and conclusion by supreme cour
The Supreme Court discussed various provisions of the Code and various judgments in order to conclude as to what can be considered as an ‘Operational Debt’ and who can be considered as an ‘Operational Creditor’ under the Code. The Court inter alia examined the provisions contained in Section 5(20) and 5(21) of the Code and concluded that:

It was, therefore, held that the Appellant was an ‘operational creditor’ in terms of Section 5(20) of the Code, even if it was a purchaser.

The Court, thereafter, dealt with other contentions of the Respondent and held the following:

Based on the above, the appeal was allowed and the judgment passed by NCLT was upheld by the Supreme Court of India.

The above judgment is another step forward towards filling in the loopholes in the Insolvency Laws by the Supreme Court of India. The Court settled another controversy relating to the operation debt and operational creditors by clarifying that the persons who receive any goods or services, are also operational creditors and not only the suppliers or service providers. It was also reiterated that in order to attract the provisions of the Code, the debt should not only be due, but should also be payable.