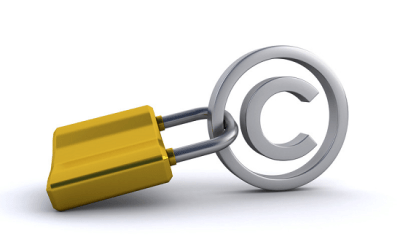 Section 52 of the Copyrights Act, 1957 provides for certain exceptions to infringement of copyright and the said provision allows limited use of copyrighted works without the permission of the copyright holder. The entire Section, identifying the various clauses of fair dealing and fair use can be accessed at: Applicability of Section 52 of The Copyrights Act to Specific Works

As per Section 52(1), fair use/fair dealing can be used as a defence for permitted use of the copyrighted works claiming that such use does not amount to infringement.

The specific use of a copyrighted word is considered to be fair if it usually involves only a relatively small portion of the work, it is used or reproduced for educational purposes or it does not interfere with the ability of the owner of the copyrighted work to market the original work.

As per Section 14 of the Copyright Act, 1957, “Copyright” means the exclusive right to do or authorize the doing of any act such as rights of reproduction, issue copies, communication to the public, adaptation and translation with respect of a work or any substantial part thereof. The use of the word ‘reproduction’ for both the work itself and substantial part of the work amounts to a sufficient indication of the scope of infringement. One useful test to decide what constitutes the substantial part is laid down in Hanfstaengl V. Baines & Co.[1] and the same test was followed in Cunniah & Co. V. Balraj and Co.[2] It is an infringement to produce the ‘substantial part’ of a copyrighted work without permission. The meaning of ‘substantial’ is not defined in the Copyright Act 1957, but legal precedents indicate the manner or degree to decide what falls under the ambit of the expression ‘substantial part thereof’. This can be deduced from the case Orient Longman Limited V. Inderjeet Anand[3]. The reproductions of the essential features of the work constitute substantial part amounting to infringement. If there is no sufficient similarity then it does not constitute a violation of the copyright unless the imitation is substantial. This is laid down in the case Ladbroke(Football) Ltd. V. William Hill(Football) Ltd.[4] To constitute piracy of a copyright it must be shown that the original has been either substantially copied or to be so imitated as to be a mere evasion of the copyright. This is observed in Macmillan & Co. Ltd. V. K. And J. Cooper. [5]

In the landmark case of M/s. Blackwood & Sons Ltd. v. A.N. Parasuraman [6] the court held that ‘in order to constitute a fair dealing there must be no intention on the part of the alleged infringer, to compete with the copyright holder of the work and to derive profits from such competition and also, the motive of the alleged infringer in dealing with the work must not be improper.’ Thus, to benefit from the fair use/fair dealing exception the user must not intend to compete with the copyright holder and must not try and surpass the work of the copyright holder as his and not make improper use of the original copyrighted work. This would help strengthen and intensify user’s clear and bona fide intention to not infringe anyone’s copyright.

The Delhi High Court in Syndicate of the Press of the University of Cambridge on Behalf of the Chancellor, Masters and School and Ors. V. B.D. Bhandari and Ors.[7] which again concerned copying for the purpose of guide books, had laid down that while dealing with the issue of fair dealing, a Court should ask whether the purpose served by the subsequent (or infringing) work is substantially different (or is the same) from the purpose served by the prior work. To be called transformative, the subsequent work must be different in character; it must not be a mere substitute, in that, it not sufficient that only superficial changes are made, the basic character remaining the same. This determination, according to the Court, is closely knit with the other three factors, and therefore, central to the determination of fair use, i.e., if the work is transformative, then it might not matter that the copying is whole or substantial. Again, if it is transformative, it may not act as a market substitute and consequently, will not affect the market share of the prior work. The Court also held that the purpose and manner of use by the defendants of the questions found in the plaintiff’s textbooks were not only different but, additionally, the defendants’ works can be said to be ‘transformative’, amounting to ‘review’ under Section 52(1)(a)(ii) of the Act. Here, the term ‘review’ was interpreted in a contextual background. The plaintiff’s claim to copyright was premised on the work being a ‘literary’ one. The review or commentary, of a part of such mathematical work too was seen in the background of this claim. In the context of a mathematical work, a review was interpreted to be a re-examination or a treatise on the subject.

In Syndicate of the Press of the University of Cambridge and Anr v B D Bhandari and Anr,[8] the Court while holding the work of the defendants to be transformative and not merely a substitute for the book of the plaintiff was reluctant to issue an injunction order because of the large scale use of such guide books and dependence thereon by students. On the other hand, in Syndicate press of University of Cambridge v Kasturilal and Sons[9], the Court went ahead to hold that even if it is assumed that the defendant’s work could have enabled students to give effective answers in examinations, such a situation cannot permit purloining verbatim texts of the original work.

Also relevant are proceedings initiated in 2012 before the Delhi High Court by the Oxford University Press, Cambridge University Press, and Taylor and Francis against Rameshwari Photocopy Services and the University of Delhi for distributing Photostatted course material to the students, without taking any permission from the publishers. Subsequently, in 2016 the Delhi High Court held that the impugned material would constitute reproduction of work by teacher for the propose of imparting instructions to pupil and would therefore fall within the exception prescribed under Section 52(1)(i) of the Copyright Act 1957.[10] Aggrieved by the said order, the publishers filed an appeal before the division bench of the Delhi High Court which set aside the order and further observed that ‘fair use’ shall be determined on the touchstone of ‘extent justified by purpose’. Consequently, the matter was referred to the single bench on the triable issue of whether the right to photocopy books for educational purposes is absolute and not hedged by the condition of it being a fair use.[11] But in March 2017, the Publishers withdrew the suit from the Delhi High Court and assured that they would refrain from instituting any further legal proceedings.

However, the Indian Reprographic Rights Organization filed a special leave petition before the Supreme Court regarding the abovementioned proceedings which was dismissed by the division bench on in May, 2017.[12]

The main purpose of the fair dealing/fair use exception is to avoid lack of progress in the growth of creativity. In India fair use/fair dealing is a severe concept as it provides a comprehensive list of acts as exceptions to infringement and any use of the copyrighted work beyond Section 52 is considered to be an act infringement of the copyright. Though the ambit of fair use/fair dealing is interpretative in nature and mainly depends upon the different manners in which the content is being used. The use of a copyrighted work differs as per the characteristics of the content depending upon various external factors.

[10]The Chancellor, Masters & Scholars of the University of Oxford and Ors v. Rameshwari Photocopy Services and Ors. 2016(68)PTC386 (Del)

[11] The Chancellor, Masters & Scholars of the University of Oxford and Ors v. Rameshwari Photocopy Services and Ors. 2017(69)PTC123(Del)