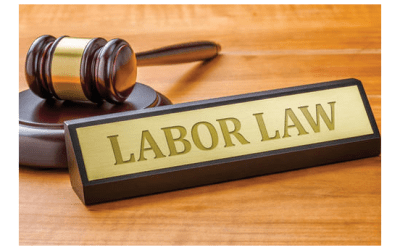 Global investors with aggressive expansion plans often acquire businesses in the host country or buy out units of existing entities which fit in with their strategic ambitions. Such cross border transactions are being increasingly undertaken in India as foreign direct investment is freed from almost all limits, and investors are drawn to India by the availability of skilled low cost resources, and to enter an emerging market with growing demand for goods and services. Among the key issues which an investing company is confronted with, is the tangle of labour and employment laws in India which govern employee rights. Provisions for termination of employment are contained in the Industrial Disputes Act, Shops & Establishment Act of the State in which the establishment is located, Standing Orders Act, and the Service Contracts of employees.

Labour laws referred to above contain restrictions on transfer of employees, redeployment, redesigning employee roles and responsibilities, recalibrating head count numbers and costs. In short, restructuring which involves merger of one unit with another where the original unit loses its identity or becomes part of another entity, or one unit acquires another but the existing unit retains its status as an entity, are all events which lead to change of owner for the employees, or reallocating (transfer) employees between the existing and acquired units, or termination of employment contract, and designing settlement packages, or even re-writing employment agreements within the permissible limits under the local laws.

Divestment of a Unit or Undertaking.
This is a situation in which a running business undertaking is acquired by another company and the ownership of the business changes from the old company to a new company. This may entail simply a sale of assets and purchase by a new company with or without the employees (assuming these to be “workman”) of the transferred undertaking. Where such workmen are not taken over by the new buyer, the old company may continue their service contracts but any redeployment of roles and terms would require consent to be obtained in terms of the ID Act, notices to be given regarding changes in their terms, etc. On the other hand, if the workmen are transferred to the buyer entity, this involves a change of ownership and a new employer for such workers. As judicial norms go, the Supreme Court in India has held that the old employer has to obtain the consent of the affected workers even if there is no change in their terms of service and they are transferred on no less favourable terms.
More significantly, the employee transfer would have to be accompanied by an agreement between the transferor (seller) and the transferee (buyer) under which the seniority or period of service may have to be taken over by the buyer so that there is no interruption of employment for purpose of social security benefits. This will also involve transfer of gratuity funds to the buyer entity and transfer of provident fund accounts of the employees to the new entity

If the workers do not wish to move over, and the existing employer does not wish to retain them then the workers have to be “retrenched” as redundant under the ID Act and have to be paid compensation, given notice of termination with reason recorded therein, and all their termination benefits have to be paid under appropriate settlement agreements.There may also be a situation where the transfer of undertaking may involve transfer of workmen on terms less favourable. In this case the workmen who agree to resign from the old employer (seller), and accept to move to the new employer (buyer), would have to be paid retrenchment compensation as provided under the ID Act, and if they have done five years of continuous employment in the seller company, they would have to be paid their gratuity benefits, though the provident fund accounts and balances would have to be transferred to the new employer (buyer). Here a note of caution needs to be sounded for the benefit of the buyer/new employer, as the courts have held that the doctrine of continuing employer mandates that the new employer must take over the service seniority of the employees. Thus, new employers must undertake due diligence to ensure that the appropriate deductions of statutory contributions were made by the old employer and only then take over the accounts. In most cases of mergers (involving sale or transfer of shares), the courts now insist that the buyer would incur the social security obligations as a successor employer.

Determination of the status of employees
Before the separations or transfers as discussed above are carried out or negotiated, it is absolutely necessary to determine the exact status of an employee and whether he/she is a “workman” in terms of the law. There are a number of statutory and judicially defined criteria that have to be applied to the employment agreements or appointment letters to determine the exact status in each case. Further the procedures are also provided for in these statutes. Both the ID Act and the S & E Act of the State concerned provide for notices, grounds of termination simpliciter where permitted, though in most cases only ‘with cause’ termination are permitted. Then, depending upon the industry and strength of the total numbers employed, there are legal requirements of giving simple notice to the government or applying for prior permission to the government in case of large undertakings in certain industrial establishments. Under the ID Act, the procedure to be followed depends on a case to case fact situation of the industry, whether it is in the service sector or in the manufacturing sector.

Where the employees are external resources or “consultants” who were hired for providing services as independent contractors, the procedural requirements and legal conditions for termination are different from those mandated for “workmen”. If these resources have to be terminated as surplus or
redundant, their settlement packages, and payment of statutory benefits, if applicable, hinge on the determination of their status.
Redeployment of resources
Acquisitions or mergers also entail redeployment of resources or redesigning of roles. This could involve playing with job titles, descriptions and duties, and service conditions. Often, transfers and relocations may also look inevitable given the need to support some functions and reduce head count in other service verticals. Here again some of the considerations and issues which must be examined prior to implementation are discussed below:-

Alternative Strategy
Given that termination of employment poses a host of legal challenges, it is better sometimes to consider softer options like negotiating voluntary exits (instead of terminations), or gradual separation of smaller numbers of employees rather than executing bulk discharge of employees. This option is preferable to more drastic measures but also requires careful drafting of settlement agreements and termination letters which must work around the delicate issue of grounds of removal such that employees are not left feeling aggrieved that the terms of their employment were violated or they were treated unfairly. Separation agreements are more often a work of art than a legal challenge and require adroitly worded documents to protect interests of both the parties.

Conclusion
The complexity of the terrain described above, though daunting, does not mean that the law does not permit restructuring of businesses or optimum employee arrangements, but these have to be devised or worked around given the protection of employee rights under the law.