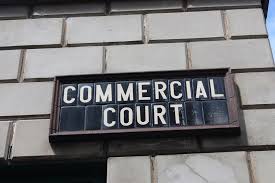 Pre-Institution Mediation and Settlement- The Act introduces Section 12A providing for mandatory pre-institution mediations in all cases, other than those cases which require any urgent interim relief. Such pre-institution mediation has to be conducted through Authority authorized by the Central Government. The process of pre-institution mediation has to be completed within a period of three months, extendable by two months with consent of the parties, from the date of application made by the Plaintiff. Time spent in pre-institution mediation shall not be computed for the purpose of limitation under the Limitation Act, 1963. If the parties to the commercial dispute arrive at a settlement, the same shall be reduced into writing and shall be signed by the parties to the dispute and the mediator. The Settlement arrived at under this provision shall have the same status and the effect as if it is an arbitral award on agreed terms under sub-section (4) of Section 30 of the Arbitration and Conciliation Act, 1996.

Section 16 of the Act clearly states that this Act will have overriding effect on the provisions of Code of Civil Procedure, 1908 (hereinafter ‘Code’), and its amendments. It clearly mentions that in case of conflict between any rules of the Code, rules of jurisdictional High Courts or any state amendments made to the Code, the provisions of the Act, as it amends the Code, will prevail.

Changes made to provisions of CPC

As per the provisions of CPC, if a party fails to present written statement, the court shall pronounce judgment or make an order in relation to the suit. The Act states that, the order made by the court cannot extend the time period of 120 days[7].

It provides that no adjournment for Case Management Hearing would be entertained for the sole reason of non-appearance of counsel. If such application had been made in advance, it would be accepted, upon payment of costs.

Non-compliance with Case Management Hearings shall be condoned by the Court only upon payment of costs, but it might also result in forfeiture of the party’s right to conduct the suit. In extreme cases of willful non-appearance, the Court has the discretion to dismiss the plaint.

[2] Section 2 (i) “Specified Value”, in relation to a commercial dispute, shall mean the value of the subject-matter in respect of a suit as determined in accordance with section 12 1 [which shall not be less than three lakh rupees] or such higher value, as may be notified by the Central Government.

[3] Section 16 – Amendments to the Code of Civil Procedure, 1908 in its application to commercial disputes.—

(1) The provisions of the Code of Civil Procedure, 1908 (5 of 1908) shall, in their application to any suit in respect of a commercial dispute of a Specified Value, stand amended in the manner as specified in the Schedule.

(2) The Commercial Division and Commercial Court shall follow the provisions of the Code of Civil Procedure, 1908 (5 of 1908), as amended by this Act, in the trial of a suit in respect of a commercial dispute of a Specified Value.