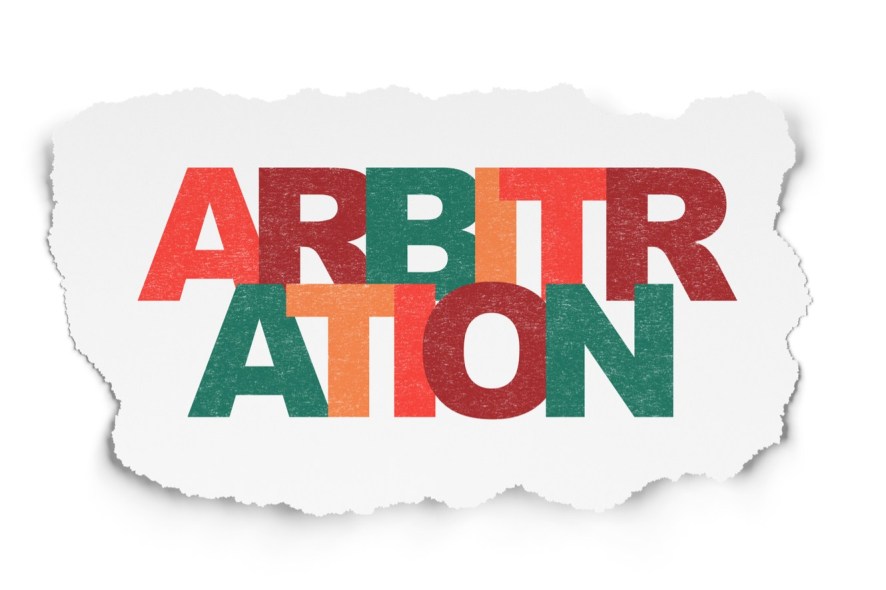 Nearly after a decade of deciding that an arbitration clause contained in an unstamped or deficiently stamped contract, is not valid and hence not enforceable until such deficiency is removed, in the case of SMS Tea Estates Vs. M/s Chandmari Tea Co. Pvt. Ltd.[1], the Hon’ble Supreme Court overruled the said judgment in case of SMS Tea Estates (supra) and held that arbitration clause contained in an unstamped or deficiently stamped instrument, being an independent contract, is valid and enforceable. This has been held by a three judges’ bench of the Hon’ble Supreme Court in the matter of M/s N.N. Global Mercantile Pvt. Ltd. Vs. M/s Indo Unique Frame Ltd. & Ors[2]. After holding as above, the Apex Court also referred the findings of a coordinate bench in the judgment of Vidya Drolia & Ors. v. Durga Trading Corporation[3] to a constitution bench of five judges, for authoritative decision on the following question:

“Whether the statutory bar contained in Section 35 of the Indian Stamp Act, 1899 applicable to instruments chargeable to Stamp Duty under Section 3 read with the Schedule to the Act, would also render the arbitration agreement contained in such an instrument, which is not chargeable to payment of stamp duty, as being non-existent, unenforceable, or invalid, pending payment of stamp duty on the substantive contract/ instrument?

“9. Security Deposit: You will submit the Bank Guarantee for Rs.5.00 crores for the average stock of washed coal lying at your stockyard. This Bank Guarantee can be issued from any nationalised Bank/first class bank, initially valid for a period of 18 (eighteen) months.”

“10. Arbitration: In case of any dispute due to difference of opinion in interpretation of any clause or terms and conditions or meaning of the work or language the decision of the arbitrator appointed with mutual consent shall be treated as final and binding on both the parties.”

With respect to allegation of fraudulent invocation of the bank guarantee, the High Court held that since the said allegation did not constitute any criminal offence such a dispute could be resolved through arbitration. As regards the arbitration agreement being unenforceable due to the fact that the work order was unstamped, the High Court held that the issue could be resolved either section 11 of the Act or before the arbitral tribunal at appropriate stage.

With the aforesaid finding, the High Court allowed the writ petition and set aside the order dated 18.1.2018. Being aggrieved by the judgment and order dated 18.1.2018, the Appellant filed a Special Leave Petition before the Hon’ble Supreme Court of India, which framed following three issues:

With respect to actions to be taken for adjudication of arbitrable disputes based on unstamped or deficiently stamped contract, the Court held that the same can be dealt with in following manner: –

As regards issue no.2, the Apex Court took cognizance of its earlier pronouncements on the subject and held that all commercial disputes, either contractual or non-contractual, which can be adjudicated upon by a civil court in principal can be adjudicated and resolved through arbitration, unless it is excluded either expressly by statute, or by necessary implication. The Court held that civil aspect of the fraud is considered to be arbitrable and the only exception being a situation where the allegation is that the arbitration agreement itself is vitiated by fraud or fraudulent inducement, or the fraud goes to the validity of the underlying contract, and impeaches the arbitration clause itself.

On the third issue respect to maintainability of the writ petition, the Hon’ble Apex Court held that the same was not maintainable in view of the remedy being available under Section 37 (1) (a) of the Act which provides that an order refusing to refer the parties under Section 8 of the Act is appealable. In view of the admitted position regarding existence of arbitration agreement between the parties, the Court held that the parties may either appoint a sole arbitrator consensually failing which the application under Section 11 for appointment of arbitrator may be made to the High Court.

In conclusion, the Court set aside the judgment dated 30.9.2020 passed by the High Court and directed the Secretary General of the Hon’ble Supreme Court to impound the work order and forward it to the concerned Collector in Maharashtra for assessment of the Stamp Duty payable thereon with further direction for payment of the stamp duty assessed by the Appellant.

After this decision, there are two judgments holding contrary views vis the judgment in the case of Vidya Drolia and the judgment in NN Global Mecantile. Since both the judgments are of 3 judges’ bench, there is an urgent need for the authoritative pronouncement by the constitution bench on the issue to avoid any confusion.