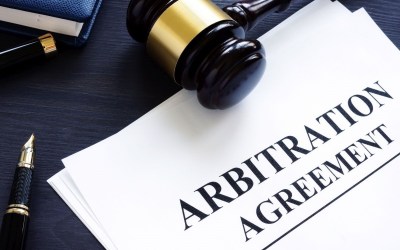 ARBITRATION LAW IN INDIA FOR FOREIGN SEATED ARBITRATIONS
It was in Bhatia International Vs. Bulk Trading S.A. judgment that the Indian Supreme Court laid down the principle that courts in India would have a right to provide interim relief in foreign seated arbitrations also unless otherwise agreed in writing by the parties. Therefore, earlier the Indian Courts were competent to grant interim relief pending arbitration, set aside arbitral awards etc. even if the arbitration was conducted outside India unless the parties by mutual consent chose expressly or impliedly to exclude the applicability of Part I of the Arbitration and Conciliation Act, 1996. However, this position was overruled following the decision of the Hon’ble Supreme Court in Bharat Aluminium and Co. Vs. Kaiser Aluminium and Co. (“BALCO”) but only prospectively. In the BALCO judgment, a five judge constitutional bench of the Hon’ble Apex Court held that Part I of the Arbitration and Conciliation Act, 1996 was applicable only to all the arbitrations which take place within the territory of India. However, the BALCO judgment was made applicable only for disputes arising out of arbitration agreements and/or arbitration agreements entered into after September 6, 2012.

ARBITRATION AND CONCILIATION (AMENDMENT) ACT 2015 ON INTERIM RELIEF
After the BALCO judgment, there was a lot of clamour as Indian Courts had no jurisdiction to intervene in arbitrations held outside India and therefore, if the assets of one of the parties were located in India and there was a likelihood of alienation of those assets, the other party court not approach Indian Courts for interim relief.  With this objective in mind, the Arbitration and conciliation (Amendment) Act, 2015 (“Amendment Act, 2015”) was passed by the Parliament of India to help build India as a major investor friendly jurisdiction.  In particular, section 2(2) was amended which somewhat restored the principle pronounced by the judgment of Bhatia International by adding a proviso that provided the option of interim relief to a party even if the place of arbitration is outside India unless there was an Agreement to the contrary. Pursuant to the amendment, the courts in India have also duly hailed the legislative intent behind the amended section 2(2) and have held that keeping in mind the object of amended section 2(2), it is open to courts in India to grant interim relief even in respect of arbitral proceedings held outside India and even if the arbitration proceedings are governed by a foreign law. However, the flipside of the amended section 2(2) is that the option of seeking an interim order is not available to two Indian parties who choose to arbitrate outside India. Also, post 2015 amendment the power of the courts to grant interim relief has been restricted to only those matters where arbitral tribunal has not been constituted and once an arbitral tribunal is constituted, the court cannot entertain any interim relief unless the court finds that circumstances exist  which may not render the remedy a provided under section 17 of the Act efficacious.

AMENDED DEFINITION OF COURT
Another key feature of the Arbitration and conciliation (Amendment) Act, 2015 was the amendment to the definition of court as provided under section 2(1)(e). This amendment has provided a clear distinction between the forums which are to be approached in domestic arbitration and in international commercial arbitrations. While the definition of a court with respect to domestic arbitrations has remained unchanged, in case of international commercial arbitrations, the definition of a court has been included to mean all high courts exercising ordinary original civil jurisdiction  and in other cases, a high court having jurisdiction to hear appeals from decrees of courts subordinate to that high court.  This is a fundamental change in building India as a global arbitration hub as it has ensured that foreign parties are not required to approach Principal Civil Courts in remote districts and can approach the concerned high court. This amendment is a primary attraction for foreign parties involved in international commercial arbitrations who can now avoid the legal complexities involved in the Indian Judicial System at the District level. The legislative intent behind this amendment was to ensure that any application and/or petition in international commercial arbitrations, involving a foreign party, would be heard expeditiously and will not only boost confidence of foreign investors  but will also mitigate the risk faced by the government of India from claims by foreign investors under the relevant investment treaty.

IMPENDING CHANGES
The Arbitration and Conciliation Amendment Bill, 2018 was passed by the Lok Sabha (House of the People) on August 10th, 2018 with a view to strengthen the arbitration mechanism in Indian.  The Bill is yet to be passed by the Rajya Sabha (Council of States).