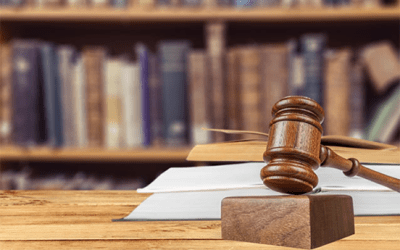 DAMAGES
The term damages may be defined as the monetary compensation which is payable by the defaulting party to the aggrieved party for the loss suffered by him. It can be granted by the Civil Courts as well as by Arbitral Tribunals where parties agreed to submit their disputes to arbitration. The primary aim of damages is to compensate the aggrieved party and to place him in the same position which he would have occupied had the breach of contract not occurred.

A contracting party who has suffered loss due to the breach of contract can file a suit in a Civil Court or pray for an award from the Arbitral Tribunal seeking damages against the defaulting party under the applicable provisions of law.

Kinds of damages recognised under Indian laws are:

Difference between damages and compensation is that damages provide for monetary compensation to a person from a court of law or arbitrators for injuries or losses suffered by him because of the breach of another person. Whereas, compensation seeks to redress injustice to a person by way of providing him monetary help or assistance from the guilty party.

DECLARATIONS
Declaration is the pronouncement by the Civil Court in respect of a person’s right to property whether movable or immovable or in respect of any other right, which once passed, becomes binding on the world at large. It is pronounced in civil cases where Court declares the rights, liabilities, duties of the parties over certain issues. This is not specific performance of a contract or award of compensation/ damages but merely a declaration of rights of the parties. The Court shall not give the decree of declaration where a party do not seek consequential relief but a mere declaration of title.

Who can file suit for declaration:

Against whom the suit can lie:

Permanent/ Perpetual Injunction
A permanent or perpetual injunction can only be granted by the decree made at the hearing and upon the merits of the suit; the defendant is thereby perpetually prohibited from the assertion of a right, or from the commission of an act, which would be contrary to the rights of the person seeking the injunction.

Interlocutory Order
Interlocutory or interim orders are interim in nature which are passed during the pendency of the suit to achieve some purpose necessary and essential for the progress of a suit, which are collateral to the issues/ disputes to be settled by the court in the final judgement.

Specific Performance
It is equitable relief granted by the courts in case of breach of a contract in the form of a judgment that the defaulting person must perform the contract according to its terms and stipulations. Where no compensation can be considered enough, in such a case, law provides a way to enforce the parties to actually fulfill their obligations. However, no direction for specific performance of a contract will be passed where the breach can be compensated monetarily.