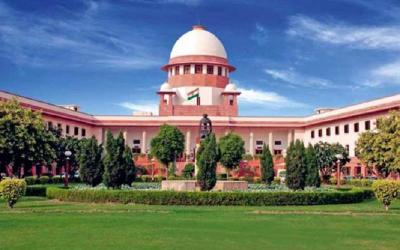 Indian Courts have broadly adopted a pro-award approach while dealing with the petitions challenging the award under Section 34 of the Arbitration and Conciliation Act, 1996 (“Act”). At the same time, courts have has repeatedly cautioned the arbitrators to remain within the realm of the contract between the parties, while passing the award. Not once, but on many occasions, the courts have held that the arbitrators liable for committing jurisdictional error when they travel beyond the terms of the contract, or ignore the same, while passing the award. Recent decision in the case of South East Asia Marine Engineering and Constructions Ltd. (SEAMEC Ltd) v. Oil India Ltd.[1] is another such verdict where the Hon’ble Supreme Court of India has held that the award was liable to be set aside on the ground that the Arbitral Tribunal failed to interpret the contract taking into consideration all the clauses of the contract.

Facts of the Case
In the year 1995, Oil India Ltd. floated a tender for well drilling and other auxiliary operations in Assam. SEAMAC Ltd. came out as a successful bidder and were awarded the contract. The initial time period of the contract was two years but got extended for two successive periods of one year, finally expired in the year, 2000.

During the subsistence of the contract, prices of High Speed Diesel (HSD), an essential material required for the drilling operations, increased. SEAMEC Ltd. raised a claim for reimbursement of additional cost due to the increase in prices of HSD contending that there was “change in law” under Clause 23[2] of the contract but the Oil India Ltd. kept on rejecting the claim. Dispute was referred by SEMAC Ltd. vide letter dated March 1, 1999 to the Arbitral Tribunal comprising three arbitrators.

Arbitral Award
An award dated December 19, 2003 published by the arbitral tribunal allowed the claim of SEAMEC Ltd., by majority. SEAMEC was awarded a sum of INR 98,89,564.33 along with interest at 10% p.a. from date of the award till recovery of money. Later the award amount was revised to INR 1,32,32,126.36 in March 2005. The tribunal used the rule of harmonious construction, for the interpretation of Clause 23, to hold that though the ministry issued circular is not a ‘law’ but had a ‘force of law’. The majority award held the ministry issued circular was within the scope of Clause 23 and also regarded the said clause as ‘Habendum Clause’ to have the rights of SEAMEC Ltd. construed broadly.

Proceedings before District Court and High Court
OIL India Ltd. unsuccessfully challenged the award under Section 34 of the Act before the Ld. District Judge. The Ld. District Judge held that finding of the tribunal were not without basis or against the public policy of India nor were patently illegal warranting any interference.

However, OIL India Ltd. succeeded in appeal filed before the Ld. High Court under Section 37 of the Act.  The High Court allowed the appeal and set aside the award vide judgment dated December 13, 2007.  The High Court, on reading of clause 23 and 44.3[3], held that the Clause 23 was similar to ‘force majeure clause’ and regarded the Clause 23 as pari materia to doctrine of frustration and supervening impossibility. Furthermore, it held that the Clause 23 should have been constructed around the Section 56 of the Indian Contract Act, 1872. Observing that the interpretation of terms of the contract by the tribunal was erroneous and was against the public policy of India, the High Court set aside the award.

Decision of the Supreme Court of India
The Apex Court could subscribe neither to the reasoning given by the tribunal nor by the High Court, however, in ultimate analysis the court directed for setting aside of the award. The Supreme Court held that High Court was not right in holding that clause 23 was inserted by the parties in furtherance of the doctrine of frustration because under Indian law frustration discharges all the parties from future obligation. Whereas under clause 23 parties had provided for mitigating the harsh consequences of frustration with a view to uphold the sanctity of contract. The Supreme Court further held that even the Tribunal was not right in giving wider interpretation of clause 23 because the thumb rule of interpretation is that the document forming a written contract should be read as a while and so far as possible as mutually explanatory.

The Supreme Court held that the contract price was payable to the ‘contractor’ for full and proper performance of its contractual obligations and it was provided in clause 14.7 and 14.11 the rates, terms and conditions were to be in force until the completion or abandonment of the last well being drilled. The purpose of the tender was to limit the risks of price escalation and interpretation of the tribunal would completely defeat the explicit wordings and purpose of the contract. Such price fluctuation cannot be brought under clause 23 unless specific language points to the conclusion. Referring to the some other terms of the contract indicating that fuel would be supplied by the contractor at his expense, the Supreme Court held that interpretation of clause 23 by the tribunal was perverse.

Conclusion
The Apex Court has time and again held that not every difficulty faced during the execution of contract can be termed as a reason for frustration of contract. The escalation of prices of the resources required for the performance of the contract, or commercial hardships do not render the contract itself impossible to perform.

In the case of M/s Alopi Parshad & Sons Ltd. v. Union of India[4], the Apex Court observed as follows:

“Parties to an executable contract are often faced, in the course of carrying it out, with a turn of events which they did not at all anticipate, for example, a wholly abnormal rise or fall in prices which is an unexpected obstacle to execution. This does not in itself get rid of the bargain they have made”.

Hon’ble Justice Rohinton F. Nariman has clarified in detail about the interpretation and purview of force majeure clauses and the doctrine of frustration in the case of Energy Watchdog v. CERC[5], his views are as follows:

“Alternative modes of performance were available, albeit at a higher price. This does not lead to the contract, as a whole, being frustrated”.

[2]    “23. SUBSEQUENTLY ENACTED LAWS: Subsequent to the date of price of Bid Opening if there is a change in or enactment of any law or interpretation of existing law, which results in additional cost/reduction in cost to Contractor on account of the operation under the Contract, the Company /Contractor shall reimburse/pay Contractor/Company for such additional/reduced cost actually incurred.”

[3] “44.3 For purpose of this clause “Force Majeure” means an act of God, war, revolt, riots, strikes, bandh, fire, flood, sabotage, failure or destruction of roads, systems and acts and regulations of the Government of India and other clauses (but not due to employment problem of the contractor) beyond the reasonable control of the parties.”

[6] Section 28 (3) amended to provide “While deciding and making an award, the arbitral tribunal shall, in all cases, take into account the terms of the contract and trade usages applicable to the transaction”. This provisions applies to arbitration proceedings initiated after 23/10/2015.