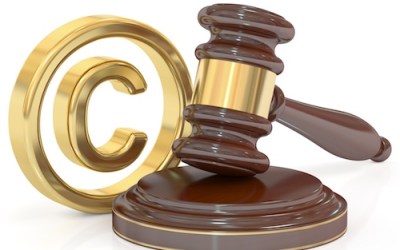 The Copyright Act 1957 (the Act), supported by the Copyright Rules 1958 (the Rules), is the governing law for copyright protection in India. Substantial amendments were carried out to the Copyright Act in 2012. India follows a common law legal system, so relies on case law to interpret and set precedents in law and so the judicial decisions contribute to the sources of copyright law in India. India is a member of the Berne Conventions and Universal Copyright Convention. The Government of India has also passed the International Copyright Order, 1999. According to this Order, any work first published in any country that is a member of any of the above conventions is granted the same treatment as if it was first published in India.

Copyright subsists throughout India in the following classes of works:

These aforesaid broad categories can be summarised as follows:

Literary works
The term literary works” encompasses all works that are in print or writing, irrespective of the quality or style of the work. Literary work refers not only to works of prose and poetry, but anything that would be under the ambit of literature”. However, there will be no copyright if the work is merely a collection of words, the collection of which involved no literary skill. In India, a computer program is treated as a literary work and is protected as such.

Dramatic works
A dramatic work includes any piece for recitation, choreographic work or entertainment in dumb show, the scenic arrangement or acting form of which is fixed in writing or otherwise but does not include a cinematograph film.

Musical works
Musical work means a work consisting of music and includes any graphical notation of such work but does not include any words or any action intended to be sung, spoken or performed with the music. A musical work need not be written to enjoy copyright protection.

Artistic works
Artistic work means a painting, a sculpture, a drawing (including a diagram, map, chart or plan), an engraving or a photograph, whether or not any such work possesses artistic quality; a work of architecture; and any other work of artistic craftsmanship. Any colour scheme, layout or arrangement of any alphabets or features qualifies as an artistic work.

Any work which falls under any of the categories mentioned above qualifies for copyright protection. The work sought to be copyrighted must be original; however, it is not necessary that the work should have some original thought or idea. The law is only concerned about the originality of the expression of thought.

A copyright grants protection to the creator and his or her representatives (by way of an agreement), for the works and prevents such works from being copied or reproduced without their consent.

The creator of a work can prohibit or authorise anyone to:

Further, moral rights which are the rights to be identified as an author of a work or to object to derogatory treatment of a work, are also protected. The Act grants an author special rights which exist independently of the author’s copyright, and subsist even after the assignment (whole or partial) of said copyright. The author has the right to: