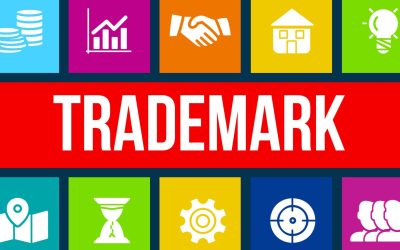 Any distinctive Word, Letter, Numeral, Slogan, Picture, Shape, Colour, Logotype, Label, Name, Signature, Shape of Goods, Packaging, Combination of Colours, which is capable of being represented graphically and which is capable of distinguishing the goods or services of one person from those of others, can be registered as a trademark. A trademark can be any distinctive feature of the brand which helps the common public to identify the said brand.

Sounds or smell can be registered as a trademark as well, provided that they can be represented graphically and are distinctive. Sound Marks such as Netflix’s opening theme, Yahoo’s Swish for net e-mail, Apple iPhone distinct tunes, McDonald’s “I’m Loving it tune” tagline with tune, Amul’s “Utterly Butterly Delicious” tagline, Airtel’s famous jingle, and so on, all can represented by musical notes. Smell Marks such as, smell of Burberry perfume, “Minty” Pain-Relief Patches can be registered.

A trademark must be:

A trade mark like ‘Blueberry’ for apparels may be regarded as distinctive because it has nothing to do with blueberry and hence not descriptive of the goods/services provided under the said trademark. A trademark should not describe the goods or services that are proposed to be used or used in connection with the mark.

Fanciful marks are considered to be the one strongest type of mark which have been invented, designed or created for the sole purpose of functioning as a trademark and have no other meaning than acting as a mark. So “Kodak” for camera equipment can be called a creative or coined trademark and even “Apple” for phones and computers.

Suggestive marks suggest a quality or characteristic of the goods and services of a brand. Suggestive marks require some imagination, thought, or perception to reach a conclusion as to the nature of the goods. “Airbus” for airplanes or “24/7” for a departmental store fall under the category of suggestive marks as they suggest the kind of goods/services offered by the trademarks.

The word or combination of words making a trademark should not be generic words. Generic words can be described as those words which are used in general sense in common language. So a detergent manufacturing company cannot have trademark “detergent” or “soap” or “clothes cleaner” as its too generic and not inventive word.