Blacklisting and Debarment of Contractors in Public Procurement

Blacklisting and Debarment of Contractors in Public Procurement 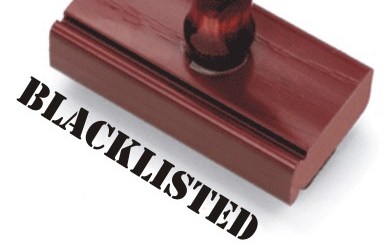 The decision to enter into a contractual relationship is inherent in every person capable of entering into a contract. Where a person has the right to make a contract, it also has a concomitant right not to make a contract. The Government’s right to contract flows from Article 298 of the Constitution. Hence, the analogous right not to contract also rests with the Government who can choose either to annul the contract or to adapt debarment or suspension as a tool for ensuring compliance of erring contractors who fail to perform the procurement actions for the Government. However, these decisions taken on behalf of the Government have to be mandatorily balanced with the Wednesbury principle of reasonableness[1] and natural justice. The traditional view that the executive is not answerable in the matter of exercising of prerogative power over erring contractors has long been discarded.

INDIAN COURT RULINGS. The subject matter of debarment, suspension and blacklisting of delinquent contractors in government contracts is discussed in a spectrum of cases, each laying down the ground rules to be considered by both the contractors and the government. The principles laid down by these judgments can be categorized as under:

The limits of powers of statutory authorities to take coercive action against companies was identified in the judgment of Kulja Industries v. Proj. BSNL[1]. The Supreme Court held that permanent blacklisting of the Contractor is against the principles of reasonableness and proportionality. The quantum of the period of debarment should be balanced by the offence of the delinquent contractor, and no permanent debarment/blacklisting shall be ordered by the Authority in any circumstance.

The flag bearer of this issue was the decision of the Supreme Court way back in 1975 in the case of Eurasian Equipment & Chemicals Ltd. v. State of West Bengal[2] wherein it directed the Government to mandatorily issue a show cause notice to the contractor before blacklisting. It was held that the blacklisting order involves serious civil consequences, as in effect it casts a slur on the reputation of the Company. Thus, Government being a Government of laws and not of men is bound to act in conformity with the principles of natural justice which require that the person concerned should be given an opportunity to represent his case before he is put on the blacklist.

In the case of Raghunath Thakur v. State of Bihar[3], the Supreme Court held that even if the rules do not specify so, it is an implied principle of law that an order having civil consequences should be passed only after following the principles of natural justice. The blacklisting order in respect of business ventures has serious implications upon the future business of the concerned person and merits an opportunity of being heard and making representations against the order.

In another case of Patel Engineering Ltd. v. Union of India[4], the Supreme Court held that the absence of a contract provision providing for blacklisting is not determinative of the authority to blacklist a bidder. The Court held that if the Contractor had once been given an opportunity of being heard by way of a show cause notice, there is no further requirement for the State to give a personal or oral hearing before taking a decision of blacklisting.

The Courts have further reaffirmed the application of reasoning and mindfulness while issuing debarment orders. In the case of Grosons Phamaceuticals (P) Ltd. v. the State of Uttar Pradesh[5], the Supreme Court held that it is true that an order blacklisting an approved contractor results in civil consequences and in such a situation in the absence of statutory rules, the only requirement of law while passing such an order was to observe the principle of audi alteram partem which is one of the facets of the principles of natural justice. A non-speaking order shall be reprimanded in the Court of Law.

In light of the reasons as discussed, the law as of today stands settled that the authority of the Government or its organizations to blacklist a person is a necessary concomitant to the executive power of the State to carry on the trade or the business and making of contracts for any purpose, etc. There need not be any statutory grant of such power. The only legal limitation upon the exercise of such an authority is for the Government to act fairly, proportionally and rationally without in any way being arbitrary.