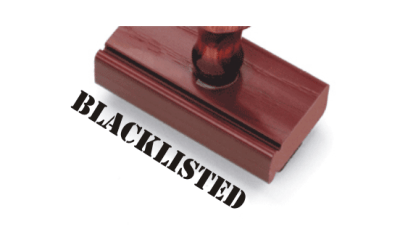 A contractual relationship necessarily implies consensus of two minds, and a private citizen is free to contract, with any person of his choice. This right by definition is inherent in every person capable of entering into a contract and where a person has the right to make a contract, he also has a concomitant right not to make a contract. The right to refuse to contract does not vest with the Government, its instrumentalities, or Public Sector Undertakings in the same manner as it vests with a common Undertakings citizen. The Government’s right to contract flows from Article 298 of the Constitution. Hence, the parallel right not to contract also rests with the Government who can choose to blacklist any particular person or member of the public. However, this decision has to be taken by the Government reasonably and in accordance with the principles of natural justice. The traditional view that the executive is not answerable in the matter of exercising of prerogative power has long been discarded.

The development of law on this issue began with the full bench decision in the case of V. Punnen Thomas vs State of Kerala . The Petitioner claimed that the decision of deleting the name of the appellant from the list of qualified contractors, in effect, amounts to blacklisting which has serious civil consequences and hence, merits an opportunity of being heard. The majority opinion of the Kerala High Court held that the term ‘civil consequences’ does not imply merely consequences which the person concerned finds unfavourable, but infact means that there must be the possibility of an invasion of some civil rights of that person. It was further held that the principle of audi alteram partem could not be applied in such cases as it could lead to hampering of the administration by widening the scope for judicial interference. However, Justice Mathew in the dissenting opinion held that an act of debarring a public entity or member, for a set number of years, without any notice or opportunity to be heard is against all notions of fairness in a democratic government and cannot be sustained. Interestingly, the dissenting view of Justice Mathew is now the law as the majority view stands overruled by the Supreme Court in the Eurasian case.

In the landmark judgment of Eurasian Equipment & Chemicals Ltd. vs State of West Bengal , the Supreme Court laid down the law for notice to be given before blacklisting. The Petitioner Company who was engaged in the purchase and export of Cinchona had alleged that their tenders were being rejected by the State Government, despite being the highest in most cases. It was contended that this act of the State Government was discriminatory and against the principles of fairness. The State Government submitted that due to charges of malpractice and misconduct, the State Government had resolved not to deal with the Petitioner-company till the charges were cleared. The State Government further submitted that the rights granted under Articles 14, 19 and 21 of the Constitution cannot be used to compel the Government to negotiate or enter into a contract and the Government was free to contract with companies in whom it had “trust for integrity”. The Hon’ble Supreme Court held that the blacklisting order involves serious civil consequences, as in effect it casts a slur on the reputation of the Company. The Court held that the Government being a Government of laws and not of men is bound to act in conformity with the principles of natural justice when interacting with members of the public. An order of blacklisting creates a disability for the concerned person. The fact that a disability is created by the order of blacklisting indicates that the relevant authority is to have an objective satisfaction. Fundamentals of fair play require that the person concerned should be given an opportunity to represent his case before he is put on the blacklist.

Again, in the case of Raghunath Thakur vs State of Bihar , where the State Government had blacklisted the Petitioner without any notice or an opportunity to be heard, it was contended by the State that there was no specific requirement in any rule that a notice had to be given to the Petitioner before a blacklisting order. The Supreme Court held that even if the rules do not specify so, it is an implied principle of law that an order having civil consequences should be passed only after following the principles of natural justice. The blacklisting order in respect of business ventures has serious implications upon the future business of the concerned person and merits an opportunity of being heard and making representations against the order.

The law stands settled that an order of blacklisting attracts the principle of audi alteram partem, but does this duty of the State include any other facet or aspect of the principles of natural justice. In Grosons Phamaceuticals (P) Ltd. vs the State of Uttar Pradesh, the company had been blacklisted by the State Government after issuing a show cause notice. The company submitted that the principles of natural justice require that the show cause notice ought to have been supplied with all materials which formed the basis for issuing show cause notice. The Supreme Court held that it is true that an order blacklisting an approved contractor results in civil consequences and in such a situation in the absence of statutory rules, the only requirement of law while passing such an order was to observe the principle of audi alteram partem which is one of the facets of the principles of natural justice. The contention that it was incumbent upon the respondent to have supplied the material on the basis of which the charges against the appellant were based, was not the requirement of the principle of audi alteram partem. There was sufficient requirement of law that an opportunity of ‘show-cause’ was given to the appellant before it was blacklisted.

In all the cases cited above, the decision to blacklist was taken due to charges of fraudulent or corrupt practices by the affected parties. However, recently the Supreme Court has ruled that an order of blacklisting is sustainable even if it is for dereliction of legal obligation by the concerned person or company. In the case of Patel Engineering Ltd. vs Union of India, the Petitioner-contractor was declared the highest bidder for a development development operation and maintenance project of National Highways Authority of India (NHAI). NHAI called upon the Petitioner to confirm its acceptance who declined stating its inability to confirm the acceptance as, on a subsequent look, the bid was found to be commercially unviable. NHAI sent a show cause notice and after receiving the reply from the Petitioner, blacklisted the company from participating and bidding for future projects for one year. The Supreme Court held that the absence of a contract provision providing for blacklisting is not determinative of NHAI’s authority to blacklist a bidder. The power of NHAI to enter into a contract or not to enter into a contract flows from Section 3 of the National Highways Authority Act which is similar to Article 298 of the Constitution. NHAI being a statutory corporation is bound by the constitutional limitations which binds the State in dealing with members of the public. The Court held that the Petitioner had been given an opportunity of being heard by way of a show cause notice. There is no requirement for the State to give a personal or oral hearing before taking a decision of blacklisting and hence no violation of any principles of natural justice had occurred in the matter to warrant interference by the Court.

The authority of the State to blacklist a person is a necessary concomitant to the executive power of the State to carry on the trade or the business and making of contracts for any purpose, etc. There need not be any statutory grant of such power. The only legal limitation upon the exercise of such an authority is that the State is to act fairly and rationally without in any way being arbitrary.