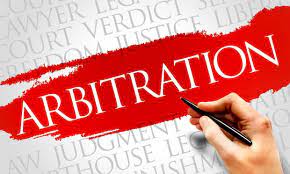 In a most recent judgment[1], the Apex Court had the occasion to deal with an interesting issue i.e., “whether a non-signatory to an arbitration agreement can challenge the enforcement of a foreign award in India on any of the parameters setout in Section 48 of the Arbitration and Conciliation Act, 1996 (“the Act”)”.

Factual Matrix:
A Representation Agreement dated 18.09.2000 (“RA”) was executed between Integrated Sales Services Ltd. (“ISS”) of Hongkong and DMC Management Consultants Ltd. (“DMC”) an Indian company based at Nagpur. This RA did not have any specific period of its validity. Under the RA, ISS was to assist DMC in its efforts to sell its goods and services to prospective customers. In addition, wherever possible, ISS was to identify potential sources of investment and investors and assist the DMC in negotiating the terms of purchase, sale and/or investment.

For the services to be rendered by ISS, it was to receive commission as per “payment” term defined under the RA. As per the RA, the agreement was subject to laws of Delaware, USA and that every dispute arising in connection with the agreement was to be referred to single arbitrator in Kansas City, Missouri, U.S.A. The RA was signed by one Shri Rattan Pathak on behalf of DMC, though subsequent amendments to the RA were signed by Shri Arun Dev Upadhyaya on behalf of DMC. Disputes arose between the parties resulting into initiation of arbitration proceedings by ISS. ISS impleaded Mr. Arun Dev Upadhyaya, DMC, DMC Global, Gemini Bay Consulting Ltd. (“GBC”) and Gemini Bay Transcription Private Ltd. (“GBT”) as respondents. The disputes in essence were resting on ISS’s allegations that Mr. Upadhyaya was the chairman of DMC and was in fact the person controlling the affairs of DMC and other respondents. The board of directors of all the respondent companies, which were owned by Mr. Upadhyaya’s family, would act as per the instructions of Mr. Upadhyaya. It was the case of ISS that it introduced two customers namely MedQuist Transcriptions Ltd, of New Jersey and AssistMed, Inc. of California to DMC and that Mr. Upadhyaya used other respondent companies to divert the business of the aforesaid two customers away from DMC to GBT and GBC with an intent to deprive ISS of its commission. ISS claimed 20% commission in terms of the RA on the gross revenues earned by respondent companies from the aforesaid two customers, for the period they continued to be the customers. The arbitral award dated 28.03.2010 was pronounced by the arbitrator finding that the alter ego doctrine was appropriate justification for lifting the corporate veil in this case. The ld. arbitrator held that the RA was not challenged by either party and hence was valid and enforceable. Termination of ISS/DMC business relationship was not valid as the RA was for indefinite term and respondents have failed to prove by reliable and relevant evidence that any specific and reasonable guidelines were established by the respondents which were not followed by ISS. Reference was made to Clause 4 of the RA which specifically provided that the clause relating to payment of commission shall survive cancellation of RA for any reason. The ld. Arbitrator further held that since GBT/GBC “inherited” the MedQuist and AssistMed’s business from DMC, it did so inheriting also the terms and conditions of ISS/DMC RA. Accordingly, it was held that GBT/GBC is subrogated to DMC and therefore DMC’s breach can be imputed to all the respondents. Finally, the ld. Arbitrator awarded USD 6,948,100 to be paid by the respondents jointly and severally to ISS within 30 days from the transmittal of the award. The award contained other direction as to payment of administrative fee as well as interest on the awarded amount, in case of non-payment of awarded amount to ISS within 30 days.

Proceedings before the Hon’ble Bombay High Court, Nagpur Bench
A ld. single judge of the Hon’ble High Court of Bombay, Nagpur Bench held vide his judgment dated 18.04.2016 that the foreign award would be enforceable against DMC only and not against other respondents who were non-signatory to the arbitration agreement. In an appeal, ld. division bench, vide judgment dated 04.01.2017, set aside the judgment passed by the Ld. single judge and held that none of the grounds contained in Section 48 would be available to resist enforcement of the foreign award.

Contentions before the Hon’ble Supreme Court of India:
In the SLP filed by DMC, the Apex Court granted the leave subject to DMC depositing a sum equivalent to USD 2.5 million within 3 months. As DMC did not deposit the amount, the leave stood revoked and hence the foreign award against DMC attained finality. In the SLP filed by other respondents before the arbitral tribunal, following grounds were raised for objecting to the enforcement of the foreign award:

In rebuttal, ISS supported the judgment of the division bench and pointed out that addresses of Shri Upadhyaya, GMC, GBT were all at the very same place in Nagpur. It was contended that the Ld. Arbitrator applied his mind to oral and documentary evidence and passed the award with reasons. It was further submitted that neither Section 48(1)(a) nor 48(1)(c) would remotely deal with non-signatory to arbitration agreement. Further, as no objection qua enforcement of the award being contrary to public policy was raised by either appellant, the appeals should be dismissed.

Decision of the Hon’ble Supreme Court of India
The apex court dismissed the appeal holding as under:

Conclusion
In this judgment again the court has emphasized on the restrictive scope of grounds on which enforcement of a foreign award can be refused. The court held that these grounds cannot be expansively interpreted as that would amount to try and fit a square peg in a round hole. Unless a party is able to show that its case comes clearly within Section 48(1) or 48(2), the foreign award must be enforced.