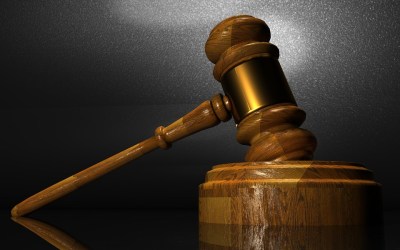 In a far reaching judgment in the case of Sampoorna Battu vs. ICICI Bank & Anr., a Division Bench of the Andhra Pradesh High Court has quashed a notice issued by a lawyer on behalf of a financial institution, for seizing assets of a defaulting loan payer. Issuance of such notice by the advocate was declared as being null and void and ultra vires the provisions of the Securitization Act.

The question that came up for consideration of the court in the said case was whether an advocate of a bank / financial institution can be treated as an “authorized officer” for the purpose of Section 13(2) read with Section 13(12) of the Securitization and Reconstruction of Financial Assets and Enforcement of Security Interest Act, 2002 (‘Securitization Act’) and the Rules 2(a) and (b) of the Security Interest (Enforcement) Rules, 2002 (“the Rules”).

The petitioner, Sampoorna Battu, availed a housing loan from ICICI Bank agreeing for deduction of loan instalments from her salary. She also mortgaged immovable property to secure the said loan. Subsequently, she defaulted in paying the loan. The financial asset after being declared as a “non-performing asset” was transferred to the second respondent, financial institution, which got a notice of demand issued through its advocate, to the petitioner under Section 13(2) of the Securitization Act. The notice was also countersigned by the authorized officer of the financial institution. Upon the petitioner’s failure to repay the loan pursuant to the said notice, the financial institution issued a possession notice under Section 13(4) of the Securitization Act, cautioning the general public not to deal with the secured asset in any manner as it had been taken possession of by the Financial Institution. The petitioner filed a writ petition assailing the notice of demand under section 13(2) for want of jurisdiction and impropriety. The Petitioner contended that the notice having been issued by an advocate, who was not an authorized officer, the entire proceeding was vitiated. The financial institution defended the notice by stating that the said notice was countersigned by its authorized officer and hence, the action initiated under the act was not vitiated.

The judgment is a good precedent for curbing the practice of advocates stepping into the shoes of banks / financial institutions and issuing faulty notices of demand to defaulting loan payers.