Can Supreme Court of India fix the Period of Limitation for Filing of Appeal under the Arbitration and Conciliation Act, 1996

Can Supreme Court of India fix the Period of Limitation for Filing of Appeal under the Arbitration and Conciliation Act, 1996 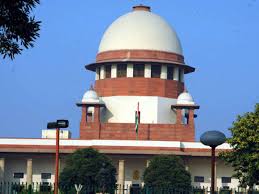 In a recent judgment passed by the Hon’ble Supreme Court in the matter of N.V. International Vs. State of Assam[1]; the Hon’ble Court while refusing to condone the delay of 189 days, beyond the permissible 90 days, held as under:

“4. We may only add that what we have done in the aforesaid judgment is to add to the period of 90 days, which is provided by statute for filing of appeal under Section 37 of the Arbitration Act, a grace period of 30 days under Section 5 of the Limitation Act by following Lachmeshwar Prasad Shukul5, as also having regard to the object of speedy resolution of all arbitral disputes which was uppermost in the minds of the framers of the 1996 Act, and which has been strengthened from time to time by amendments made thereto. The present delay being beyond 120 days is not liable, therefore, to be condoned.

While there cannot be any doubt that expeditious resolution of disputes is one of the avowed object of any Alternate Dispute Resolution mechanism, including arbitration. However, it is equally important that every stage in the dispute resolution mechanism must be conducted in compliance with relevant legislative enactments. Arbitration and Conciliation Act, 1996 (“the Act”) has provided a time bound manner within which an arbitral award is to be published by the Tribunal and also for challenging the award by the aggrieved party. The Act provides for time limit of 3 months with a grace period of 30 days’ within which the petition challenging an arbitral award has to be filed. It is a settled law that a petition filed for challenging the award beyond the prescribed period of 3 months plus 30 days’ grace period (i.e. roughly beyond 120 days) is barred by limitation, and is not maintainable. However, while providing a remedy of appeal against various orders, Section 37 of the Act does not provide any specific time period within which such an appeal has to be filed. Section 37 of the Act provides as under:

(1) An appeal shall lie from the following orders (and from no others) to the Court authorised by law to hear appeals from original decrees of the Court passing the order, namely:—

(a) granting or refusing to grant any measure under section 9;

(b) setting aside or refusing to set aside an arbitral award under section 34.

(2) An appeal shall also lie to a Court from an order granting of the arbitral tribunal.—

(b) granting or refusing to grant an interim measure under section 17.

(3) No second appeal shall lie from an order passed in appeal under this section, but nothing in this section shall affect or take away any right to appeal to the Supreme Court.

It is clear from the above stated legal provisions that Section 37 of the Act read with provisions of Limitation Act, including Section 5 thereof, do not limit the period upto which condonation can be allowed. To put it differently, Section 5 does not provide any grace period, beyond permissible 90 days (or 30 days as the case may be),  within which appeal under Section 37 can be filed.

As against the above said legal position, in the case of N.V. International the Hon’ble Court held expressly stated that it has added a grace period of 30 days under Section 5 of the Limitation Act, to the period of 90 days which is statutorily provided for filing of appeal. But when one looks at the provisions of Section 5 of the Limitation Act, power to add a fixed grace period is conspicuously absent. In this regard reference can be made to the judgment (of a three judges’ bench) of the Hon’ble Apex Court in the matter of Consolidated Engineering Enterprises Vs. Principal Secretary, Irrigation Department and Others[3] where the court held that Section 5 of the Limitation Act which relates to extension of the period of limitation prescribed for filing of any application or appeal, does not place any outer limited in regard to the period of extension (para 53).

From the judgment in the case of N.V. International, it can be seen that following two are the underlying reasons for the court’s verdict:

Both the above mentioned reasons do not fall in line with the statutory framework of the Act. In so far as the first reason is concerned, the object of expeditious disposal of the dispute cannot supersede the express provision of the Act including Section 37 thereof. Hon’ble Supreme Court of India in the matter of The State of Bihar & Ors. Vs. Bihar Rajya Bhumi Vikas Bank Samiti[4] held that object of expeditious disposal, by itself, was insufficient for construing that provision of Section 34(5)[5] of the Act was mandatory. After detailed scrutiny of the provisions of the Act, as it stood post 2015 amendments, the court held that provision of Section 34(5) of the Act was directory and not mandatory.

As regards appeal being continuation of original proceedings, undoubtedly this is a settled principle of law. However, this principle cannot be resorted to for equating the period of limitation provided for filing of original proceedings with the period of limitation provided for filing of an appeal. What is also very crucial to note is that the court while passing the judgment in the case of N.V. International has only considered the situation where appeal under Section 37 is an inter-court appeal i.e. appeal to be filed before High Court against the decree or order of lower court for which a period of 90 days is prescribed. If it is an intra-court appeal, i.e. from Single Judge Bench of High Court to the Division Bench of the High Court, the period provided for filing of appeal is 30 days. Can in the cases of intra-court appeal, by applying the same logic, it be said that even the initial period of 30 days available for filing of appeal should be replaced with period of 90 days as is available for filing of petition under Section 34. The answer is obviously in negative. Yet another aspect is that under Section 37 there are other orders also which are appealable like orders passed under Section 8 & 9 of the Act. Does the decision of the court in the case of N.V. International result in adding the grace period of 30 days for filing of appeals against the orders passed under Section 8 & 9 of the Act also.

Besides above, as per settled law, it is not within the competence of courts to legislate. The courts have only to interpret the law, as enacted by legislature. The courts cannot add, amend or delete the words from or in any statute and the said task is left to the legislature. Reference in this regard can be made to some of the judgments of the Hon’ble Supreme Court of India:

The Court cannot legislate…..under the garb of interpretation”.

In Union of India and another vs. Hansoli Devi and others 2002(7) SCC (vide para 9), this Court observed:

“It is a cardinal principle of construction of a statute that when the language of the statute is plain and unambiguous, then the court must give effect to the words used in the statute and it would not be open to the courts to adopt a hypothetical construction on the grounds that such construction is more consistent with the alleged object and policy of the Act.“

The function of the Court is only to expound the law and not to legislate vide District Mining Officer vs. Tata Iron and Steel Company 2002 (7) SCC 358”

“It is well settled principle in law that the Court cannot read anything into a statutory provision which is plain and unambiguous. A statute is an edict of the Legislature. The language employed in a statute is the determinative factor of legislative intent. Words and phrases are symbols that stimulate mental references to referents. The object of interpreting a statute is to ascertain the intention of the Legislature enacting it.

The intention of the Legislature is primarily to be gathered from the language used, which means that attention should be paid to what has been said as also to what has not been said. As a consequence, a construction which requires for its support, addition or substitution of words or which results in rejection of words as meaningless has to be avoided. As observed in Crawford v. Spooner (1846 (6) Moore PC 1), Courts, cannot aid the Legislatures’ defective phrasing of an Act, we cannot add or mend, and by construction make up deficiencies which are left there.

While interpreting a provision the Court only interprets the law and cannot legislate it.”

”25. If this Court itself fixes such salaries and allowances, it will be really amending the law, and it is well settled that the Court cannot amend the law

“It is not the duty of the Court either to enlarge the scope of the legislation or the intention of the legislature when the language of the provision is plain and unambiguous. The Court cannot re- write, recast or reframe the legislation for the very good reason that it has no power to legislate. The power to legislate has not been conferred on the courts. The Court cannot add words to a statute or read words into it which are not there. Assuming there is a defect or an omission in the words used by the legislature the Court could not go to its aid to correct or make up the deficiency. Courts shall decide what the law is and not what it should be. The Court of course adopts a construction which will carry out the obvious intention of the legislature but could not legislate itself.”

In view of position of law, as discussed above, it is humbly expected that the judgement of the Court in the case of N.V. International is considered afresh by the Hon’ble Supreme Court in near future. Till then the law laid down therein, being the law of the land, needs to be followed.

[2] Article 116 of Schedule I to the Limitation Act provides a period of 90 days for appeal to High Court from any decree or order of the lower court and 30 days if the appeal is to be filed against the order of the High Court to the same High Court i.e. Division Bench.

[5] 34(5)- An Application under this section shall be filed by a party only after issuing a prior notice to the other party and such application shall be accompanied by  an affidavit by the applicant endorsing compliance with the said requirement.

34(6) An Application under this section shall be disposed of expeditiously, an in any event, within a period of one year from the date on which the notice referred to in sub-section (5) is served upon the other party.