Can the Counter Claims Filed Against the Corporate Debtor be Stayed in Terms of the IBC Provisions During the Moratorium?

Can the Counter Claims Filed Against the Corporate Debtor be Stayed in Terms of the IBC Provisions During the Moratorium? 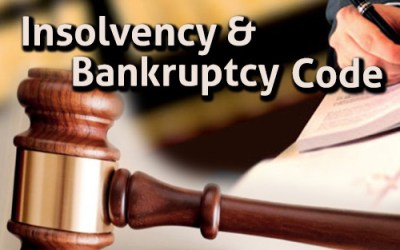 The question whether a counter claim filed against a Corporate Debtor is liable to be stayed during moratorium has been considered by the Courts/NCLT/NCLAT time and again.  Since its inception, the Insolvency & Bankruptcy Code, 2016 (hereinafter referred to as the “Code”) has been a hotbed of discussions and debates amongst the legal experts. Under the Code, the concept of moratorium is envisaged under Section 13 and 14 and provides for a time period within which the following against the Corporate Debtor are prohibited:

Whether or not a counter claim can proceed against the corporate debtor during the period of moratorium came up for consideration before the  National Company Law Appellate Tribunal (“hereinafter referred to as “NCLAT”) in the matter of Jharkhand Bijli Vitran Nigam Ltd. Vs IVRCL Ltd[1]. the  Tribunal was of the view that both the Claim and Counter Claim should be allowed to be proceeded by the Arbitral Tribunal. The reasoning of the Tribunal; however, was that since the Claim of the Corporate Debtor could only be determined after determination of counter claim, in such circumstances, both the proceedings ought to be allowed to continue.

The said question again fell for consideration recently before the High Court of Delhi in SSMP Industries Ltd. Vs Perkan Food[2].  A bench comprising of Justice Pratibha M. Singh was adjudicating a suit for recovery that was filed by SSMP Industries Ltd. arising out of an agreement for sale and purchase of Totapari Mango Pulp. In the said suit, the Defendant filed a Counter Claim thereby stating that no amount is due and payable by it to the Plaintiff. Subsequently, the Plaintiff Company went into insolvency.

While adjudicating the issue whether the adjudication of the counter claim is liable to be stayed during moratorium in view of Section 14 of the Insolvency and Bankruptcy Code, 2016, the contention of the Defendant that the counter-claim is inter-linked with the Claim of the Plaintiff was comprehensively looked into by the Court. After relying upon the judgments passed in Jharkhand Bijli Vitran Nigam Ltd. and Power Grid Corporation of India[3], the Court held that counter-claims cannot be blindly stayed by Courts and where it is integral to the recovery sought by the Plaintiff and forms part of the same transaction, in such cases, counter-claims ought not to be stayed.  However, it was also clarified by the Court that once the counter-claims are adjudicated and the amount to be paid/recovered is determined, at that stage or at the stage of the execution proceedings, the provisions as envisaged in Section 14 could be triggered by the Corporate Debtor.

Although Section 14 of the Code serves as a statutory protection to Corporate Debtors, however, the recent trend of courts seems to be that stay of counter-claim during moratorium is no longer a blanket protection granted to Corporate Debtors and until and unless, the proceeding has the effect of endangering, diminishing, dissipating or adversely impacting the assets of the Corporate Debtor, counter-claims can very well continue. However, the courts would have to consider in facts and circumstances of each case the nature of the counter claim and whether or not the purpose and intent behind the imposition of moratorium is being satisfied or defeated.   Company Appeal (AT) (Insolvency) No. 285 of 2018)  2019(177)DRJ473  Power Grid Corporation of India Vs Jyoti Structures Ltd.  (2018) 246 DLT 485+