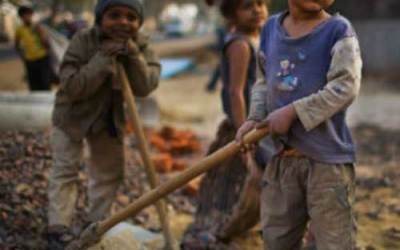 The central legislature of India had promulgated a legislation Child and Adolescent Labour (Prohibition and Regulation) Act, 1986 (“CL Act”) to regulate the child labour practices in India. The central legislature has made substantial changes in the provisions of the CL Act in the year 2016 and the said amendments have been made effective from July 30, 2016. Pursuant to the said amendment the name of the CL Act has been changed to ‘Child and Adolescent Labour (Prohibition and Regulation) Act, 1986’. A complete prohibition has been imposed on employment of child labour (i.e. a person below the age of 14 years) in any establishment whether hazardous or not. A child is permitted to work only to help family, in family enterprise or as child artist after school hours or during vacations. The amendment has introduced the concept of adolescent labour for the first time. An adolescent has been defined as a person between the ages of 14-18 years. The amendment permit employment of adolescent labour except in hazardous processes or occupation. The number of hazardous occupations and processes has been reduced from 83 to only 3. The offences under the Act have now been made compoundable and cognizable notwithstanding the provisions of the Criminal Procedure Code. The CL Act provides for rehabilitation of children and adolescent who have been victims under the provisions of the CL Act. It provides for setting up of the Child and Adolescent Labour Rehabilitation Fund in which all the amounts of penalty have to be realised. Liability has been affixed upon the parents and guardian of the affected child/children separately from the employers. The Act provides for increased penalty and imprisonment which shall not be less than 6 months and may extend upto 2 years and fine which may vary between Rs.20, 000 to Rs. 50,000. Previously, the violations under the CL Act were punishable with imprisonment of not less than three months which could extend to one year or/and with fine of ten thousand rupees which could extend to twenty thousand rupees.

While the new amendments appear to be progressive in nature but they have down side also. Like the new amendments put a complete prohibition on employment of children, but at the same time it allows them to be employed in family enterprises/businesses. Considering that majority of child labor activities happen in economically weaker section of the society which is highly unregulated, no proper mechanism has been provided to keep the same in check with the new amendments. Further, the list of hazardous industries has been drastically decreased, this may allow the employers in industries like chemical mixing units, cotton farms, battery recycling units, and brick kilns etc. (which are actually hazardous) to employ adolescent labour, which they may even get at a much cheaper price.

It is therefore more important now for the government to keep a check on the working conditions for adolescent labour as well as the working conditions for children in family run businesses. This would require more personnel deployment which currently is in shortage. The government, in order to effective monitor the ground realities involve and empower the non-governmental organizations and individuals who are actively involved and are working for the said cause.

(The author would like to thank Ritika Modee, Associate of the firm for the valuable assistance in researching for this article.)