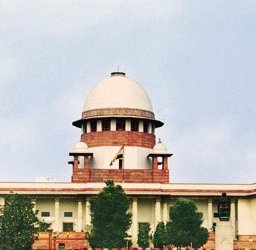 The Hon’ble Supreme Court of India in its recent judgment1 set aside a judgment of the High Court of Madhya Pradesh rejecting an application for appointment of arbitrator under Section 11 of the Arbitration and Conciliation Act, 1996 (“Act”) on the ground that claims of the petitioner- contractor were barred by limitation. The Hon’ble Supreme Court held that after the 2015 amendments to the Act, court is only required to examine the existence of arbitration agreement. All other preliminary or threshold issues are to be decided by the arbitral tribunal under Section 16 of the Act.

In yet another decision2, reversing the judgement of Delhi High Court, the Supreme Court held that once parties consciously and with full understanding executed an amendment of agreement (“AOA”), whereby the contractor gave up all his claims and consented to the new arrangement specified in AOA including that there will be no arbitration for the settlement of any claims by the contractor in future, it is not open for the contractor to take recourse to arbitration process or to resurrect the claim which has been resolved in terms of the amended agreement. Accordingly, the Arbitration Petition for appointment of arbitrator was dismissed.