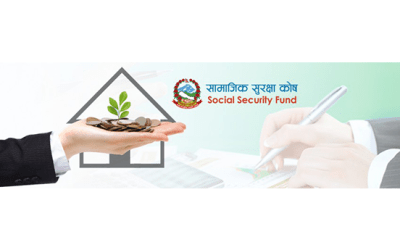 The Hon’ble High Court of Delhi recently decided the issue of taxability of social security, pension and medical contributions made by the employer company on behalf of the employee. The issue was decided disposing of a series of connected appeals on the same issue vide a common judgment in the case of Yoshio Kubo Vs Commissioner of Income Tax (ITA 441/2003).

Whether contributions made by a foreign employer towards foreign social security schemes, on behalf of an employee seconded to work in India, are in the nature of perquisites and liable to be included in taxable salary under Section 17(1) of the Income Tax Act, 1961?

The Assessing Officer has treated the contribution made by the Employers as a ‘perquisite’ and thereby, adding it to the salary as taxable. This was challenged before the Income Tax Appellate Tribunal (ITAT) who allowed the employees’ appeals and held that the social security and pension fund contributions are not taxable. Hence, the Revenue had come in appeal before the Delhi High Court.

ARGUMENTS ADVANCED BY THE REVENUE

The Revenue contended that the contributions made are in the nature of perquisites and are to be included in taxable salary under Section 17(1) of the Income Tax Act, 1961. This is evident from the definition of the term ‘perquisite’ to mean any payment made for the benefit of the employee. Thus, the contributions vest in the employees irrespective of the time when it was to be paid.

The Income Tax Act, 1961 distinctly differentiates between approved and unapproved funds. Section 17(2)(v) of the Act exempts certain specific funds from being included as perquisites. Hence, contributions to the remaining unapproved funds, “….to effect, an assurance on the life of the employees or to effect a contract for an annuity” are perquisites, and forms part of taxable salary.

The Revenue submitted that the ITAT’s reliance on the decision of Hon’ble Supreme Court of India in Commissioner of Income Tax vs. L.W. Russel AIR 1965 AIR SC 49 (hereinafter referred to as ‘L.W.Russel’) was misplaced. The judgment in the case of L.W.Russel cannot be considered as binding in view of the change in the wordings of the 1961 statute and that the test adopted in L.W.Russel of ‘whether the payment ‘vests’ in the employee’ cannot be given undue importance.

Since, there is no uncertainty of the right of the employees to enjoy the ultimate benefits, the contributions made shall vest in them immediately, even though the occasion or event for their enjoyment may have been postponed.

ARGUMENTS ADVANCED BY THE ASSESSEES

The employees submitted that the social security payments were involuntary payments (made as per law or the policy of the foreign company) and did not confer any benefit in praesenti to the employees. It was emphasized that the benefits arising from the social security contributions made by the employers actually accrue when the funds are withdrawn or disbursed at the time of retirement and no monetary or indirect benefit to the employees was achieved in the financial year under consideration. Despite their objection, the Revenue had failed to establish from the record or through supporting material that any benefit or advantage, either pecuniary or capable of expression in monetary terms accrued during the year in question, and thus the contributions made were not vested in the employees.

It was submitted that even if the contribution is made to an unapproved fund, the employer’s contribution is taxable in the hands of the employee as profit in lieu of salary under section 17(3)(ii) of the Act only when the same is either due to or received by the assesses.

It was further submitted that the findings of the Supreme Court in L.W.Russel are squarely applicable to the present appeals as in L.W.Russel also, the issue was regarding taxability of the employer’s contributions towards premium payable by the employee. It was stated that the Revenue’s contention that Sections 15 & 17 of the Income Tax Act, 1961 are differently worded from Section 7(1) of the old Income Tax Act, 1922 have no merit. Both Section 17 of the 1961 Act and Section 7 of the old Act specify that payments to unrecognized funds are taxable when they are due to the assessees and hence, the judgment in the case of L.W.Russel, which has been followed and upheld by various Courts, is binding even in context of the 1961 Act.

The Hon’ble High Court of Delhi negated the argument of the Revenue that the contribution is vested in the assessees at the time of making the payment. In the cases under appeal, the amounts standing to the credit of the pension fund account or social security would remain invested till the assessees withdraws the same or is entitled to receive the same. In this context, the Court considered the finding of the Apex Court in L.W. Russel where it was held that ‘One cannot be said to allow a perquisite to an employee if the employee has no right to the same’. The Hon’ble High Court held that the judgment of L.W.Russel is applicable to the facts of the present case.

The Court also relied upon the findings in CIT vs Lala Shri Dhar (1972) 84 NR 192 (Del) and CIT vs Mehar Singh Sampuran Singh Chawla (1973) 90 ITR 219(Del). In the aforesaid judgments, the High Court held that the contributions made by the employer towards a fund established for the welfare of the employees would not be deemed to be a perquisite in the hands of the employees concerned as they do not acquire a vested right in the sum contributed by the employer.

The Hon’ble Delhi High Court considered the construction of Sections 17(2)(v) of the 1961 Act and Section 7(1) of the Indian Income Tax Act, 1922 and held that there is no material change in the new Act as contended by the Revenue. It was observed that Section 7(1) of the old Act excluded from the definition of ‘perquisite’ payments into schemes described under Schedules IXA and IXB. Similarly, Section 17(2)(v) also excludes payments to ‘a recognized provident fund or in an approved superannuation fund or a Deposit-linked Insurance Fund established under section 3G of the Coal Mines Provident Fund and Miscellaneous Provisions Act, 1948 (46 of 1948), or, as the case may be, section 6C of the Employees Provident Funds and Miscellaneous Provisions Act, 1952 (19 of 1952)’ from the definition of ‘perquisite’.

Therefore, the Court held that the amounts paid by employers to pension, or social security funds, or for medical benefits, are not perquisites as defined under Section 17(1)(v) and therefore, are not taxable in the hands of the employee