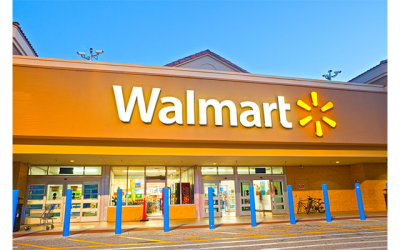 In an unprecedented move, the Ministry of Health and Family Welfare proceeded to prohibit “the manufacture for sale, sale and distribution for human use” of 344 (three hundred and forty four) drugs constituting fixed dose combinations, vide notifications bearing S.O. 705(E) through S.O. 1048(E) dated March 10, 2016 (“Notifications”). These Notifications were swiftly followed by a circular dated March 12, 2016, whereby Drugs Controller General of India (“DCGI”), reiterating the prohibition and instructing the Drug Controllers of all states and union territories to take necessary action in this regard.

The scale and magnitude of the ban has surely left pharmaceutical sector shell-shocked. The genesis of the move can be traced to the amendment made to the Drugs and Cosmetics Rules, 1945, in December 2001, whereby fixed dose combinations of two or more approved drugs required permissions from the Licensing Authority before its import or manufacture. The Notifications have relied on the recommendations of an Expert Committee which has found that these drugs have “no therapeutic justification”. The details of the Expert Committee are not mentioned in the Notifications, however, it is likely, that the Expert Committee refers to committee under the Chairmanship of Prof. C. K. Kokate which had given its recommendations in July 2013. It is pertinent to mention here that the committee report available on the website of the CDSCO does not contain the specific recommendations of irrationality of any of the drugs prohibited under the foregoing Notifications.

Subsequently, the Delhi High Court has granted an interim injunction suspending the operation of notification bearing no. S.O. 909(E) vis-à-vis the fixed dose combination of Chlopheniramine Maleate + Codeine Syrup marketed by Pfizer under the brand name “Corex” on March 14, 2016. On behalf of Pfizer, it had been argued that the decision of Government prohibiting Corex has been undertaken arbitrarily without due process on its part. It is further being contended that the drug has been marketed in India for over 25 (twenty five) years as well as globally without any restrictions. The matter would come up before the court again next week.

Prima facie there seem to be multiple irregularities in the notification, especially, in light of the allegations made by Pfizer that such steps have been taken without due process, including an opportunity to show cause. However, its remains to be seen whether that is actually the case, with the DCGI likely to contend that ample opportunity has been afforded to the stakeholders to represent against these coercive measures.

Relaxation with regard to Holding of Board Meetings under the Companies Act, 2013 in view of COVID-19 Outbreak