Declaration by Significant Beneficial Owner Under the Companies Act, 2013 – Pitfalls for Corporate Shareholders

Declaration by Significant Beneficial Owner Under the Companies Act, 2013 – Pitfalls for Corporate Shareholders 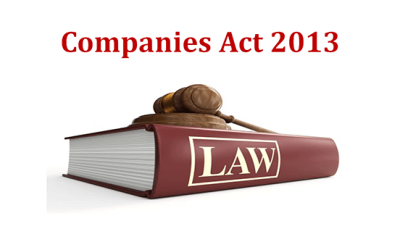 Ministry of Corporate Affairs (“MCA”) has recently notified certain provisions relating to disclosure of significant beneficial owner in the Companies Act, 2013 (“Act”) through Companies (Amendment) Act, 2017 and simultaneously notified relevant rules in this regard. Notification of the said new provisions has not only raised concerns amongst the stakeholders but also caused a lot of confusion due to certain likely conflicts in the provisions of the Act vis-à-vis rules as mentioned above. The new provisions, requiring disclosure by significant beneficial owner, has been notified by substituting section 90 of the Act with a completely new section.

It may be pertinent to note that the Act already had the provisions relating to disclosure by beneficial owner under section 89. The said section requires declaration to be made by a person entered in the register of members of a company as the holder of shares in that company but who does not hold the beneficial interest in such shares. Similarly, the person who holds or acquires a beneficial interest in share of a company is also required to make a declaration to the company in a prescribed form.

What is Beneficial Interest in shares?

“beneficial interest in a share includes, directly or indirectly, through any contract, arrangement or otherwise, the right or entitlement of a person alone or together with any other person to-

(i)         exercise or cause to be exercised any or all of the rights attached to such share; or

(ii)        receive or participate in any dividend or other distribution in respect of such share.”

As the above definition is not exhaustive so the ambit of definition can be much wider.

Who is a significant beneficial owner?

Section 90 refers to an individual as “significant beneficial owner” who holds (alone or together, or through one or more persons or trust) beneficial interests of not less than 25% per cent or such other percentage as may be prescribed, in the shares of a company or the right to exercise, or the actual exercising of significant influence or control as defined under section 2(27) of the Act, over the company. Whereas Rules while defining the term “significant beneficial owner” refers to an individual as referred to in section 90 holding ‘ultimate’ beneficial interest of not less than 10%, but whose name is not entered in the register of members of a company as the holder of such shares.

The answer to above appears to be “yes”. Provisions under section 89 already deals with disclosure by a nominee as well as the person holding beneficial interest in shares irrespective of the percentage of shares so held. The object of section 90 appears to be to go beyond the corporate entities who are registered as beneficial owner of those shares and identify natural person(s) holding ultimate beneficial interest in the shares through those corporate entities.

In light of above discussion, it may reasonably be interpreted that the provisions of both section 89 and 90 of the Act are independent of each other and will accordingly require disclosures under respective sections, as applicable. There may be a situation, where filings will be required under both section 89 as well as section 90 in respect of same shareholding.

The wordings of the section and Rules could have been better to obviate the scope for different interpretations. Now, MCA has done away with form BEN-1 as notified initially and will be coming out with a new form soon. It is expected that there will be more clarify on the applicability once the said new form is notified.

Foreign Investment in Retail in India – Restrictions and Way Around