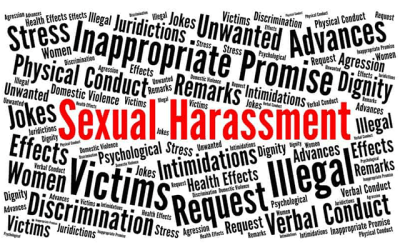 A recent judgement of the Delhi High Court comes as a major landmark in India in validating the order of termination of the employee’s services on the basis of the Internal Complaints Committee (ICC) of a company, upholding charges of Sexual Harassment by a junior female staff complaining of Sexual Harassment by him. The High Court rejected the male supervisor’s Petition challenging the findings and conclusions of the ICC. Among the various reasons recorded in the order, the Court ruled that once it is satisfied that the ICC’s decision is based on clear evidence, there was no violation of principles of natural justice, and there was no perversity in the findings of the report of the ICC, the Court would not interfere with the decision in writ proceedings. The Court’s decision will provide confidence to employers and ICC members that it is perfectly reasonable for employers to even terminate the employment of a male employee who is found guilty of charges of Sexual Harassment, and female employees would draw encouragement from the ruling that the law against Sexual Harassment shall be strictly enforced by the judiciary.

The facts as reported in the judgement are that the senior had forced her to accompany him on an outstation visit and stay in a hotel with him and even stay a night with him. Evidence recorded also proved that he was in the habit of arranging trips with other female staff. The Court overruled the objection that there was delay of two months in filing the complaint, also held that the complainant being junior had no option but to comply, and the employee had abused his position, and that even compelling her to come to his room at night and making offensive remarks, blowing cigarette smoke, were all acts of sexual harassment under the Act. Conduct of the superior would amount to offence of sexual harassment under the Sexual Harassment of Women at Workplace Act, 2013, if evidence proves that the petitioner pressurised the complainant to come over to his room at night in the hotel, used sexually tainted threats to the complainant, such as “do you know that is ‘Shoshan’(Exploitation), this is ‘shoshan’ “why did you ask for food from my bloody juniors?”, forcing option of spending night in his room etc.

By this ruling the Court has unambiguously signalled that the ambit of the definition of sexual harassment in the Indian law is wide enough to cover all manner of gender insensitive conduct, and must compel male colleagues to seriously ponder the limits of permissible conduct in dealing with their female colleagues at the workplace. Is the law compelling puritanical restraint on male conduct or is such interpretation of misconduct necessary to bring in reform in male attitudes