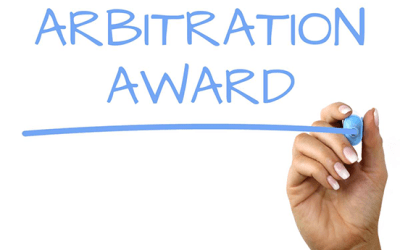 The Hon’ble Supreme Court in a recent judgment titled Escorts Limited Vs. Universal Tractor Holding LLC upheld the decision of a Single Judge of the Delhi High Court that the principle of ‘double exequatur’ (meaning double recognition) has no application in view of the change in the Arbitration & Conciliation Act, 1996, which did away with the application of the rule. The Apex Court examined the issue “whether affirmation of the foreign award by the court of the country, where arbitration took place, is necessary before enforcing the same in India”. The facts of the case, (briefly stated) were that a dispute arose between Escorts Ltd (Indian Company) and Universal Tractor Holding LLC (US Company). Escorts Ltd through its subsidiary held a 51% stake in a company called Beever Greek Holdings (BCH). The balance 49% shares of BCH were held by Universal Tractor Holding LLC, a US Company. By an agreement, the said Company sold its shareholding in BCH for a price of Rs.1.2 million dollars to the Petitioner’s subsidiary. The purchase price was agreed to be paid in four installments. After payment of the first two installments, Petitioner’s subsidiary defaulted in making payment of the balance of the purchase price. The US Company filed a suit in the State of North California, USA. In the proceeding before the USA Court, a consent order was passed whereby both the parties agreed to refer the matter for arbitration. The relevant part of the aforesaid consent order is extracted below:

“2. The case will be stayed from the date and time of entry of this order until completion of arbitration between the plaintiff and EAMI. Upon the issuance of a decision by the arbitrators, this Court may confirm and enter judgment upon such decision in accordance with the Federal Arbitration Act and may conduct such further proceedings as are necessary to resolve plaintiff’s claims against Escorts Limited.”

“8. The plaintiff agrees that entry of this order resolves the defendant’s motion to dismiss. The Court shall retain jurisdiction for the purposes of entering an order confirming the arbitration decision pursuant to the Federal Arbitration Act.”

At the arbitration, the US Company succeeded and sought to enforce arbitration award by filing execution proceedings in India. The Petitioner, the Indian Company, objected to the enforcement of the foreign award on the ground that unless the foreign court confirms the award, the same could not be executed in India. The Petitioner emphasized that Section 48(1)(e) of the Arbitration and Conciliation Act, 1996 requires that the foreign award which is sought to be enforced should have become binding on the parties under the law from which the award has been made. Petitioner cited Section 9 of Federal Arbitration Act of US and the judgment of the Supreme Court of India in the case of ONGC Vs Western Company of North America2 to buttress the argument that enforcement of the award is to be refused if the award has not become binding on the parties. The Respondent, the US Company, on the other hand, countered Petitioner’s arguments by submitting that Section 9 as cited by the Petitioner was relevant for domestic awards and the foreign awards are governed by Section 202 of the Federal Arbitration Act of US. The Respondent submitted that requirement of a double exequatur has been removed in view of the provisions of New York Convention which have been adopted under the Arbitration and Conciliation Act, 1996. The Respondent cited judgments of foreign courts in support of its contention that it was not material for enforcement of a foreign award that such an award is affirmed by judgment of a foreign court before it could be enforced in India.

The Supreme Court after noticing the contentions of the parties, upheld the order passed by the High Court and dismissed the SLP. The Supreme Court held that Petitioner’s submissions to the effect that the Respondent ought to have proceeded for confirmation of the foreign award under the US Law before coming to India for its execution, was not tenable in view of the changed law doing away with the rule of double exequatur. The Supreme Court further noticed that even as per the requirement of US Law, the party who does not want the award to be enforced has to give a three months’ notice, which has not been done by the Petitioner and even on that ground, the stand of the Petitioner was not tenable.