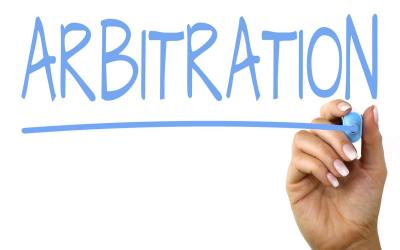 Issues to be decided by the Indian Courts

Constitution of Arbitral Tribunal and passing of Award

Decision of the Supreme Court of India

“ It is apparent from the above-mentioned decisions as to enforceability of foreign award, Clause 14 of FOSFA Agreement and as per the law applicable in India, no export could have taken place without permission of the Government, and the NAFED, was unable to support, as it did not have any permission in the season 1980-81 to effect the supply, it required the permission of the Government. The matter is such which I pertains to the fundamental policy of India and parties were aware of it, and contracted that in such an exigency as pervaded in clause 14, the Agreement shall be cancelled for the supply which could not be made. It became void under section 32 of the Contract Act on happening of contingency. Thus, it was not open because of the clear terms of the Arbitration Agreement to saddle the liability upon the NAFED to pay damages as the contract became void……………(para 68)

In our considered opinion, the award could not be said to be enforceable, given the provisions contained in Section 7(1)(b)(ii) of the Foreign Awards Act. As per the test laid down in Renusagar (supra), its enforcement would be against the fundamental policy of Indian Law and the basic concept of justice. Thus, we hold that award is unenforceable, and the High Court erred in law in holding otherwise in a perfunctory manner”.  (para 69)

The expression “public policy” is wider than “laws of India”. Therefore, mere contravention of law alone will not attract bar of public policy and something more than contravention of law is required. In NAFED’s case, the court found the award to be contrary to fundamental policy of India because in terms the agreement between the parties, the contract stood cancelled due to restriction put by Government of India. In such a case, it would be wholly unjust to hold NAFED liable to pay damages when there was no breach on its part. In India damages are compensatory in nature and a party complaining of breach of contract by the other cannot arrive at unjust enrichment on account of breach. A breach not causing any loss to the aggrieved party is not compensable, let alone a situation where there is no breach. It has been held by the court in yet another recent pronouncement in the case of Vijay Karia and Others Vs Prysmian Cavi E Sistemi SRL and Others[9] that for attracting the ground of fundamental policy of Indian law the violation must amount to a breach of some legal principles or legislation which is so basic to Indian law that it is not susceptible of being compromised. “Fundamental policy” refers to core value of India’s public policy as a notion which may find expression not only in the statutes but also time honoured, hallowed principles which are followed by the courts.

It may not be possible to lay down straight jacket formula for deciding what would amount to public policy, as a ground for refusing enforcement of foreign award, however, the judgements cited in this article lay down broad guiding principles for understanding the meaning of expression ‘public policy of India’ in the context of testing enforceability of a foreign award.

[1] 2020 SCC Online SC 381 [2] 14. Prohibition : In the event, during the shipment period of prohibition of export of any other executive or legislative act by or on behalf of the Government of the country of origin or of the territory where the port/s or shipment named herein is/are situated, or of blockade or hostilities, restricting export, whether partially or otherwise, any such restriction shall be deemed by both the parties to apply to this contract and to the extend of such total or partial restriction to prevent fulfilment whether by shipment or by any other means whatsoever and to that extent this contract of any unfulfilled portion thereof shall be extended by 30 days. In the event of shipment during the extended period still proving impossible by reason of any of the causes in this Clause, the contract or any unfulfilled part thereof shall be cancelled. Sellers invoking that Clause shall advice Buyers with due dispatch. If required, Sellers must produce proof to justify their claim for extension or cancellation under the clause. [3] Section 32 of the Indian Contract Act. – Enforcement of contracts contingent on any event happening-.  Contingent contracts to do or not to do anything if an uncertain future event happens, cannot be enforced by law unless and until that even has happened. [4]