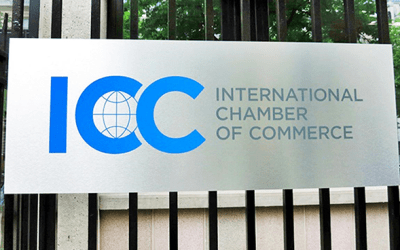 Introduction
An international commercial arbitration which is governed under the arbitration regime of International Chamber of Commerce (‘ICC’) can either be seated in India or be seated in a foreign country. While the enforcement and execution of an Indian seated arbitral award would be governed by the Part I of the Arbitration & Conciliation Act, 1996 (“Indian Act”), the enforcement of foreign seated awards would be governed by the provisions of Part II of the Indian Act.

Therefore any foreign award received by a party/country under the ICC arbitration regime who is a signatory to either New York Convention or the Geneva Convention can get the same enforced within the territory of India.

Enforcement
The enforcement of a foreign award under the ICC arbitration regime in India is a binary process. The dualistic approach begins with filing of an execution petition in an Indian court, wherein the Court at the first instance shall ascertain whether the foreign award had adhered to the requirements of the Arbitration & Conciliation Act, 1996.  These requirements are listed as under:

Once the Court is satisfied that the foreign award is found to be enforceable, the same shall be enforced like a decree of that Court.[4] While doing the same, Indian Courts are mindful of the following conditions as set out under Section 48 of the Indian Act, which may be met before execution of such awards. These conditions can also be the grounds adopted by the other/aggrieved party for challenging the said award. These conditions/grounds which shall render the foreign award unenforceable are listed as under:

[4]  M/s Fuerst Day Lawson Ltd. V. Jindal Exports Ltd. 2001(6)SCC 356 – “In one proceeding there may be different stages. In the first stage the Court may have to decide about the enforceability of the award having regard to the requirement of the said provisions. Once the court decides that foreign award is enforceable, it can proceed to take further effective steps for execution of the same. There arises no question of making foreign award as a rule of court/decree again.”