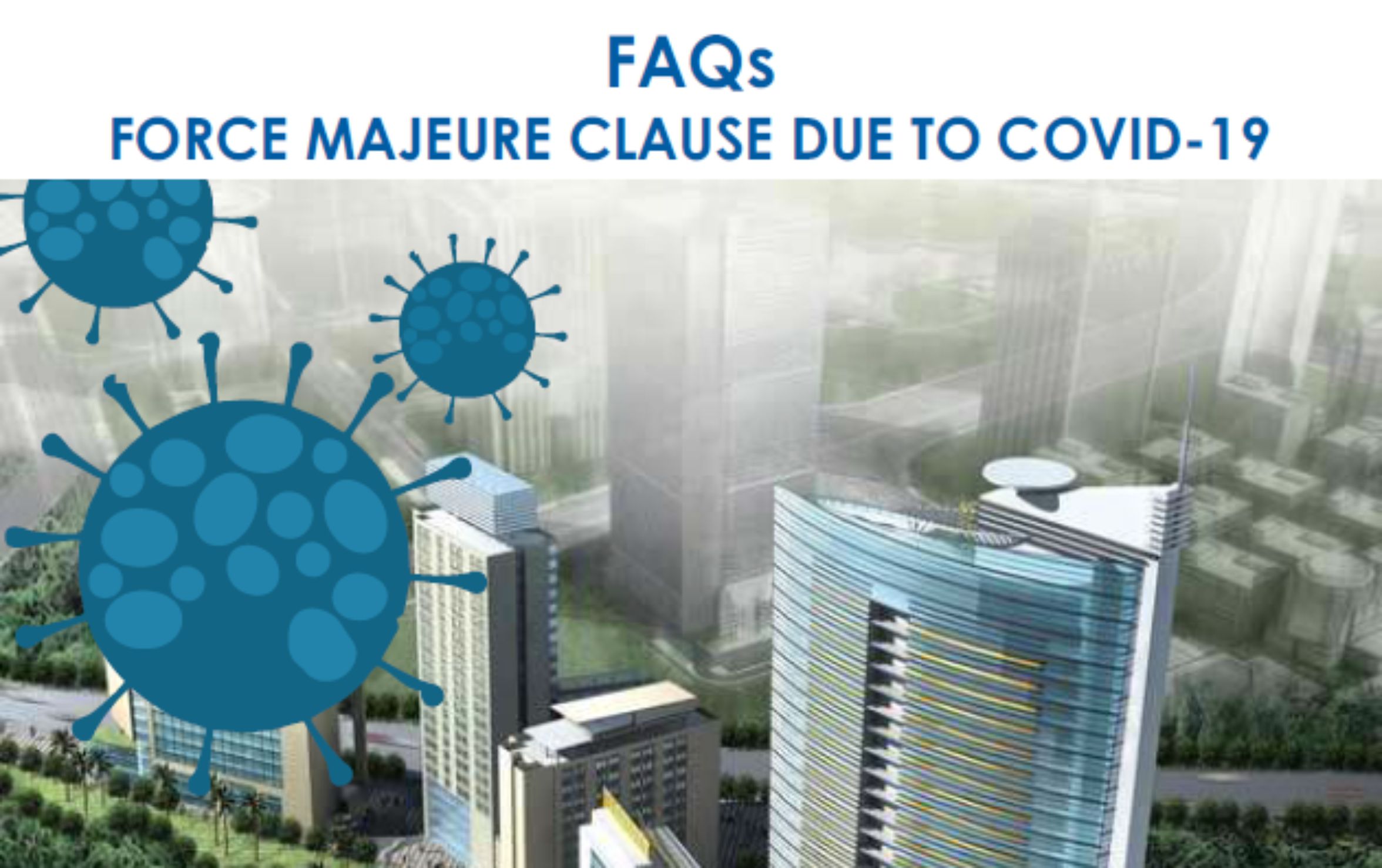 1. What is the definition of Force Majeure (“FM”)?
Force Majeure (“FM”) is a French word which translates to “Superior/irresistible force”. The Black's Law Dictionary, defines it as 'an event or effect that can be neither anticipated nor controlled. “It is a contractual provision allocating the risk of loss if performance becomes impossible or impracticable, especially as a result of an event that the parties could not have anticipated or controlled.” Although not codified under the Indian Law, it can be defined as an event beyond the control of either party and of such a nature that it prevents each party to perform its obligation under the contract

2. Is FM supposed to be an exhaustive clause?
There are two ways to draft FM clauses. Mostly the FM clauses adopt the first format which narrates an exhaustive list of events that constitute a FM event such as tornados, earthquakes, fires and any other event which has been stated in the clause and nothing else. The second type of clauses are those which describe the inclusive list of scenario which would constitute such an event, for example “…earthquakes, hurricanes and any such other event which is beyond the control of the parties”.

3. What are the obligations of parties while invoking FM clause?

1. Any party trying to invoke such a clause must be able to establish that-

2. A party must intimate the other party of the occurrence of such an event at the earliest.

3. There may be other specific obligations stipulated in the contract between the parties which the parties must perform once a FM event occurs.

4. What happens if FM triggers are defined but contract is silent about the relief in such cases?
FM clause in each contract is to be interpreted strictly in terms of the respective contract. When the contract does not provide for the consequences in case a FM event occurs, the prevalent law of damages will apply as envisaged under the Indian Contract Act. However, if there is a prohibition from claiming damages, it cannot be claimed.

5. Parties have not entered into a formal agreement yet but a Letter of Intent (“LOI”) was brought into existence for commencement of work. The LOI does not contain a FM clause. What will be its impact under the present scenario?
Section 56 of the contract Act (Frustration) can be resorted to in case there is impossibility to perform because of unprecedented event. It would be important to mention that an LOI is not the final contract and therefore, a FM clause may be included in the final contract.

6. When can one resort to Section 56? Does onerous contract amount to frustration?
A contract is said to be frustrated if a contract, pending performance becomes impossible to perform i.e. object is frustrated or the object becomes illegal for reasons not under the control of the parties. As early as in the case of Naihati Jute Mills Ltd. V Hyaliram Jagannath (1967), the Supreme Court had settled the position that the Courts have no general power to absolve a party from the performance of his part of the contract merely because its performance has become onerous on account of an unforeseen turn of events.

7. Under FM scenario contractor gets Extension of Time (“EoT”). What happens to monetary loss?
It is a matter of fact that mere extension of time during a FM event may not result in mitigation of prolongation cost. As regards entitlement to recover losses suffered by any party, it would depend on the language of the FM Clause. If the clause permits, it can be claimed.