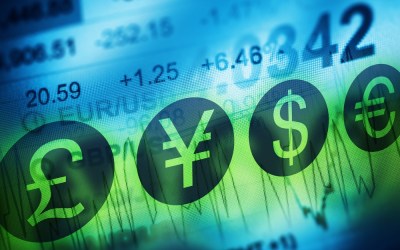 Inbound Merger means when an Indian company (IC) acquires assets and liabilities of a foreign company consequent to a Cross Border Merger. In this regard, the Merger Regulations are allowing transfer of securities to a foreign shareholder, subject to compliances applicable to a foreign investor under the foreign direct investment regulations (FDI Regs). This effectively means that such Cross Border Mergers cannot result in any contravention of any restriction applicable to foreign direct investment into India, per the FDI Regs. Illustratively, an IC cannot issue shares, as result of a Cross Border Merger, to a person resident outside India if such IC is engaged in a sector prohibited for investment under the FDI Regs.  Similarly, the Merger Regulations have stated that a Cross Border Merger resulting in transfer of securities of a joint venture (JV) or a wholly owned subsidiary (WS) of an IC, situated in a foreign jurisdiction, shall be subject to compliances such as pricing of shares in a specified manner, any outstanding’s owed to the IC being clear prior to such transfer, etc.  set out under the Foreign Exchange Management (Transfer or issue of any foreign security) Regulations, 2004) (ODI Regulation). Further, the Merger Regulations mandates that if the Cross Border Merger results in acquisition of a stepdown subsidiary (situated in a foreign jurisdiction) of the JV/WOS, by an IC, then certain additional conditions laid down in the ODI Regulations will need to be complied with. One such conditions requires inter-alia the IC to (a) be regulated by a financial sector regulator (b) have earned net profit during the preceding three financial years from the financial services activities; if such stepdown subsidiary (situated in a foreign jurisdiction) is engaged in the financial sector.

The Merger Regulation has also stipulated certain compliances for the IC, on overseas borrowings, to be acquired by the IC, in connection with such Cross Border Merger. One such compliance requires the IC to ensure that the overseas borrowings of the foreign company, proposed to be taken over by it, are compliant with the provisions of the overseas borrowing regulations under Indian law (Overseas Borrowing Regs) within a period of 2 years from the date of sanction of the scheme pertaining to such Cross Border Merger by the relevant authority. However, the IC cannot remit any moneys from India for repayment of such overseas borrowings, as part of ensuring compliances with Overseas Borrowing Regs, during such 2-year period. Further, it is to be noted that the Overseas Borrowing Regs inter-alia stipulate specified interest rates, maturity, end use restrictions, on borrowings, from overseas, by an Indian company (however, end use restrictions are not applicable to an IC per the Merger Regulations).

While the intent is to ensure smooth transition, it may possibly bring the relevant parties to the drawing board as the interest rates and maturity etc. stipulated in the Overseas Borrowing Regs may not tie in with the commercial intent of such borrowings. Secondly, the restriction on repayment of such overseas borrowings during the 2 year period may create hurdles for the Cross Border Merger.

Outbound Merger is exactly the opposite of an Inbound Merger i.e. a foreign company (FC) acquiring assets and liabilities of an IC. While it is assumed that the law applicable in the jurisdiction where the FC is situated will regulate such Cross Border Merger, the Merger Regulations also stipulate certain conditions such as guarantees or outstanding borrowings of the IC which shall, as a result of such Cross Border Merger, become guarantees or borrowings of the FC. This however is subject to the FC not acquiring any such guarantee or outstanding borrowing, in rupees payable to Indian lenders, non-compliant with the relevant foreign exchange law in India (Applicable Law). Considering rupee borrowings by Indian entities from Indian lenders may not always be compliant with Applicable Law, such a restriction will need to be examined by the FC from a balance sheet perspective.

This notification will enable companies to consolidate and re-structure their business in the most efficient and business friendly manner. However, the challenges discussed above may need to be ironed out by the relevant regulators.