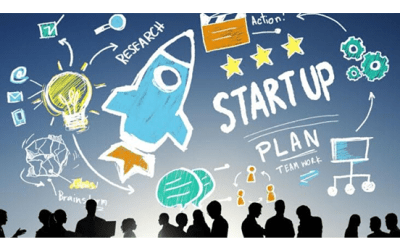 A founders’ agreement (“Agreement”) is contract that is executed between all the co-founders of a company. The Agreement sets forth the ownership, rights, responsibilities, dispute resolution and other terms to be executed between the founders and the company.

How much money is being invested and at what stage in the life cycle of the company? Is the founder also bringing other intangibles along with the money, such as experience, industry connects and credibility?

One of the important considerations to be taken note of while drafting the Agreement is providing a mechanism to deal with a situation where any of the co-founders exits or is ousted from the company. For this purpose, a vesting structure shall be incorporated in the Agreement detailing the manner in which the shares shall be taken up by the founders.

The vesting of the shares may done in the following manner:

Under time based vesting, the shares owned by the founder shall be vested in proportion to the time spent by the founder in the company. In the event, the founder decides to quit from the company before the expiry of his term, the remaining shares of such founder shall be returned to the company. The Agreement shall state a time period post which the vesting of shares shall begin, say, 6 (six) months or 1 (one) year (“Cliff Period”). One potential problem with the time-based method of vesting is that performance of the founder is not taken into consideration.

The vesting of shares in milestone vesting takes place when the milestones set out in the Agreement are achieved by the company. This type of vesting rewards performance of the business as a whole. In the event, the founder leaves the company before the milestones are achieved, the shares earmarked for such founder does not vest in him.

Whether the vesting of the shares shall be time based or milestones based? What happens if one of the co-founders decides to leave before the expiry of the term of the Agreement?

What are the different roles and responsibilities that each of the co-founders will perform? How will be the accountability fixed?

Another important aspect to be taken into consideration in the Agreement is the rights and restrictions of the founders to transfer their shares in the company. The Agreement may provide for a lock-in clause prescribing the number of years before the expiry of which the co-founder is not permitted to transfer the shares owned by him in the company. The Agreement shall provide for a mechanism to deal with a situation where the co-founder wants to exit the company before the expiry of the lock-in-period. It is pertinent to ascertain the method of valuation of the shares and the anti-dilution rights attached to the shares.

The High Court of Judicature at Bombay in Bajaj Auto Ltd v. Western Maharashtra Development Corporation Limited (CDJ2015 BHC 1305) held that in the event there is an agreement inter se the shareholders containing restrictions on transfer of shares of the company, then even if such a company is a public company the restrictions on transfer of shares will be enforceable.

What kind of restriction on transfer of shares may be imposed by the company? What shall be the lock-in period of the shares?

How many shares are to be issued against the value additions? How shall the value of the shares be determined?

It is pertinent to note that section 27 of the Indian Contract Act, 1872 (Contract Act) provides that every agreement by which anyone is restrained from exercising a lawful profession, trade or business of any kind, is to that extent void. The courts in India have taken varied views in enforcing such a clause. It can be inferred that while dealing with disputes relating to non-compete clause under an employment agreement, the Indian courts have considered the pre-termination period of the employment distinct from the post termination period of the employment. Whilst the courts have been tolerant about the application of the non-compete clause, they have walked an extra mile to ensure that such a clause does not have an effect after the cessation of employment and have held that such a clause would fall within the mischief of section 27 of the Contract Act.

In Taprogge Gesellschaft MBH v. IAEC India Ltd (AIR 1988 Bom 157), the Bombay High Court held that a restraint operating after termination of the contract to secure freedom from competition from a person, who no longer worked within the contract, was void. The court refused to enforce the negative covenant and held that, even if such a covenant was valid under German law, it could not be enforced in India.

What constitutes a competing business? What shall be the period of non-compete so that it is not considered as unreasonable?

Whether the company shall sign a separate non-disclosure agreement with the founders? What constitutes the confidential information of the company? What shall be the duration for which the confidentiality obligations will subsist post the expiry of the Agreement?

The Agreement should clearly contain the detailed provisions for contribution of additional finances by the co-founders for the growth of the company, i.e., whether the additional finances shall be contributed by the founders as equity or as debt, the method of valuation of equity in case the financing is through equity and the rate of interest to be paid by the company in case the financing is a debt financing.

In the day-to-day functioning of the business, the company may be required to take complex decisions. The Agreement shall clearly state the manner of exercise of simple as well as the substantial decisions. Further, the structure of the board of directors of the company shall be determined. The day-to-day decision making is allocated to the chief executive officer who is appointed by the board of directors of the company. The Agreement is also required to prescribe the procedure which is to be adopted by the company in the event that there is a deadlock in decision making.

What shall be structure of the board of directors? How will the simple and complex decisions be made? What will be the mechanism adopted in case there is a deadlock in decision making?

Under what circumstances shall the Agreement be terminated? How will the dispute between the parties be resolved? Which court shall have the exclusive jurisdiction to try any dispute arising n connection with the Agreement.