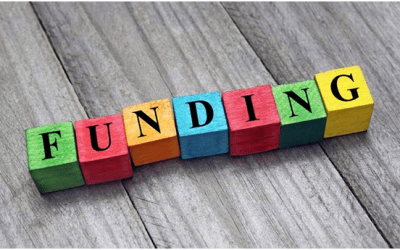 Liberalisation in India has resulted in significant inbound foreign investment. As Indian operations of foreign businesses grow, foreign shareholders grapple with the best ways to finance these operations and repatriate some of the profits – partly due to the Indian regulatory system, which strictly regulates capital account transactions. This article examines some key ways of financing Indian operations of foreign shareholders. But it will depend on the specific circumstances in each case to determine which option is best suited for a particular Indian subsidiary.

However, there are some exceptions to the pricing compliance for a private company or a public unlisted company, e.g. issuing the instrument through a rights issue. Instruments issued through a rights issue can be issued at a price similar to the price offered to an Indian shareholder. For wholly owned subsidiary of a foreign shareholder, however, this exception may need to be examined given that the subsidiary may not have an Indian shareholder.

Considering the above, capital investments may not always be the optimum method for funding as foreign shareholders may not want to lock in huge capital for inordinately long periods. Further, repatriation of profits from such subsidiaries has certain restrictions under applicable law and is coupled with attendant tax leakages.

External commercial borrowings. A foreign shareholder can also fund through debt. However, third party loans are costly in India compared to borrowing overseas and are not easily available. But there are some viable debt alternatives which foreign parents can explore to finance their Indian subsidiaries, earn some interest and recover the money in due course.

While the applicable law requires RBI approval for ECBs not satisfying certain conditions set out under the relevant regulation, such approval may be time consuming and may not meet the immediate needs of the Indian subsidiary.

Masala bonds. In September 2015, RBI permitted Indian corporates to issue rupee-denominated bonds (nicknamed as Masala bonds) under the ECB regime. The Masala bonds regime is more liberal than the ECB one. The pool of lenders is increased and any person from a Financial Action Task Force compliant jurisdiction can subscribe to such bonds. The requirement of holding a minimum equity percentage as per the ECB guidelines for foreign equity holders is not applicable, and an equity holder with less than 25% equity in the Indian company would also be eligible to subscribe to such bonds.

Non-convertible debentures. Another avenue available is the corporate debt market. A group company of a foreign shareholder can register as a foreign portfolio investor (FPI) under the Securities and Exchange Board of India’s prescribed regulations. The registration process is straightforward and typically an FPI registration can be completed within a few weeks. An FPI is permitted to invest in listed or unlisted non-convertible debentures (NCDs). The minimum residual maturity of such NCD’s should be 1-year subject to certain conditions set out under the applicable law. The NCDs can be secured or unsecured. The issuer has considerable flexibility on how to use the proceeds and the amount of interest or redemption premium to be paid on such instruments.

This route has been used amply, especially by foreign funds, to finance Indian portfolio companies. This option provides more flexibility than the ECB option in raising funds from foreign shareholders. However, there would be certain disclosure requirements that need to be considered.