Handbook for the Board of Directors

Handbook for the Board of Directors 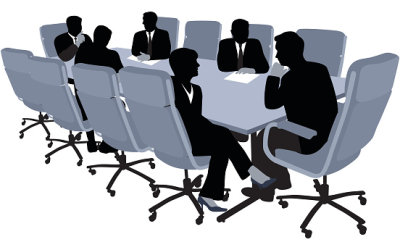 INTRODUCTION
Recent international and local jurisprudence has necessitated the establishment of a standard of conduct, which is warranted from the directors of a company. With this objective in mind, the Companies Act, 2013 (hereinafter referred to as the ‘Act’) has been added into the statute book of the land. The Act replaced the previous Companies Act, 1956. Under the Act, the board of directors of the company, who are responsible for the management of the company, are given wide powers to carry out the objectives of the company. The purpose of this handbook is to lay down the duties, responsibilities and liabilities of board of directors in light of the provisions of the Act.

of the term “director.”*

“At common law, once a person accepts appointment as a director, he becomes a fiduciary in relation to the company and is obliged to display the utmost good faith towards the company and in his dealings on its behalf.”[1]

Under the Act, the term director has simply been stated as a person who is appointed to the Board.[2] However, the elaborate provisions of the Act, when read entirely, puts forth the idea behind the term ‘director’. The Act envisages appointment of independent directors, woman directors and other directors (non-independent directors). Also, the Act provides that each company shall have a Board of Directors comprising of individuals as directors and shall have the following number of directors in each of these cases:[3]

a minimum of one director in the case of One Person Company[3].