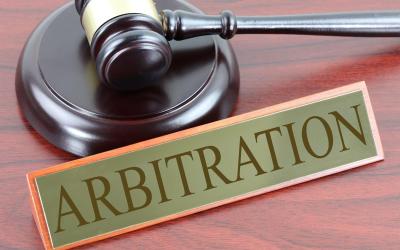 The journey towards India becoming a desirable hub for International commercial arbitration has been and continues to be a long and arduous done. Arbitration in India has been riddled with issues including excessive cost, protracted proceedings leading to extensive delays. In order to remedy such issues and create greater confidence in parties to choose India as a seat for arbitration, the Arbitration & Conciliation (Amendment) Act, 2015 (hereinafter to be referred to as “Amendment Act, 2015”)  was introduced, bringing into the realm several significant changes in the Arbitration & Conciliation Act, 1996 (the Act). A noteworthy motive for bringing about the Amendment Act, 2015 was to make arbitration a more preferred mode of settlement of disputes by making it cost effective and providing a fixed time period for disposal of disputes. The Amendment Act, 2015, however, failed to address certain issues including importance of institutional arbitrations at a time when internationally, institutions such as ICC, LIAC, SIAC, HKIAC are playing key role in resolution of disputes through arbitration.

Another drawback of the Amendment Act, 2015, which was creating legal hurdles, was the question posed on its applicability to court proceedings, initiated pursuant to arbitrations invoked prior to 23.10.2015. Hence, a further amendment was absolutely imperative to clear the obscurities created by the amendments introduced in 2015. In order to address above difficulties and issues, the cabinet has introduced, “The Arbitration & Conciliation (Amendment) Bill, 2018” and has approved the same. The bill will now be placed before the Parliament of India. It is laudable that the flaws of the Amendment Act, 2015 have been noticed early on and are now being proposed to be rectified.

PROPOSED AMENDMENTS (as highlighted by the PBI release)

At the very outset, the proposed Bill clarifies that the objective of the amendments is to promote institutional arbitration by creating an independent, statutory body to govern the entire process of Arbitration in India right from the stage of appointment of arbitrator. It further proposes to create a robust eco system for commercial arbitration to flourish and thrive in India. Primarily, following are the amendments proposed by the aforesaid Bill:

The above amendments are quite significant as the same cater to the practical difficulties being faced by the parties as well as the arbitrators. For instance, the Amendment Act, 2015 introduces a time limit of 12 months for conclusion of arbitral proceedings including making the award, from the date when an arbitrator enters into reference. The aforesaid period is found to be too less as subsequent to an arbitrator entering into reference, completion of pleadings consumes substantial period. This makes it practically impossible for an arbitrator to record evidence, wherever necessary, hear arguments and make the award within 12 months only. In majority of the cases especially those involving complex issues and where number of claims are high, parties are required to approach the Court for extending the time for making the award. To overcome this obstacle, the Amendment Bill, 2018, introduces an amendment in Section 29A, thereby suggesting that 12 month period shall begin to run from the date when pleadings are complete. The Bill further suggests to exclude International Arbitration from the restricted timeline of making the arbitral award.

Most significantly, the Bill suggests the creation of a separate, independent, statutory body called the Arbitration Council of India (“ACI”) to be presided over by a Judge of the Supreme Court or Chief Justice or Judge of any High Court or any other eminent person, which would include an eminent academician etc. and other government nominees as well. The ACI’s role includes grading arbitral institution and accrediting arbitrators by laying down certain rules and norms and to promote and encourage arbitration and other ADR Mechanisms. For the aforesaid purpose, ACI is to formulate appropriate policy and guidelines for the establishment, operation and maintenance of uniform professional standards in respect of all matters relating to arbitration and ADR mechanism. In this regard, the ACI’s role may further expand to facilitate the speedy appointment of arbitrators through designated arbitral institutions by the Supreme Court or the High Court.

The Amendment Bill, 2018 also provides for a new Section 42B which aims to protect the Arbitrator or arbitral tribunal from being dragged into unnecessary legal proceedings by the parties for any action or omission done in good faith. This will afford comfort to the arbitrators.

One of the major legal hurdles faced while implementing the Amendment Act, 2015 was regarding the applicability of the same to court proceedings arising out of arbitrations, invoked prior to the amended Act coming into force. This practical issue arose and there were a host of conflicting judgments on the issue, emerging across the spectrum of the High Courts in the country. In order to address this issue, a new Section 87 has been proposed in the Amendment Bill, 2018 to clarify that unless parties agree otherwise the Amendment Act, 2015 shall not apply to the following:

While the proposed bill appears to fill in some lacunae created by the recent amendment, the extent of it successfully plugging all the loopholes is still debatable. It is germane to point out the practical difficulties and challenges that are faced by parties and lawyers with regard to the law governing arbitration in India. Some of these seem to be overlooked by lawmakers and require consideration by them, which more often than not, is a protracted process. The following are some of the loopholes, still left for debate in Courts:

Thus, while the Amendment Bill, 2018 proposes many welcome changes, there are still certain grey areas, which are required to be addressed by the legislature before the Act can be said to be complete and all-encompassing legislation. It is quite possible that some of the issues highlighted by us have been addressed in the text of the Bill, which is presently not available.

DISCLAIMER: The views expressed in this article is based upon the press release issued by Press Information Bureau, as actual bill is not available for review.