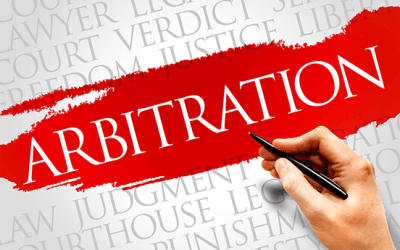 INTRODUCTION
In arbitration law, seat of arbitration is of paramount importance. The arbitral seat is the legal or juridical home of the arbitration and therefore, the choice of seat results in a number of significant legal consequences.

The Indian Legislature introduced amendments to the Act in the year 2015 and Section 2(2) was amended to include a Proviso[3]. The Proviso so added was to the effect that, unless agreed to the contrary, Section 9, 27 and 37(1)(a) and 37(3) shall also apply to international commercial arbitrations even if the place of arbitration was outside India.  So with this amendment, law laid down in Balco case was slightly diluted and the issue that started arising in international commercial arbitration agreements having seat outside India, as to whether parties had, either by express or implied consent, excluded applicability of the aforesaid sections of Part I of the Act[4].

Post Balco, the courts were faced with yet another issue as to whether an agreement providing for the ‘place of arbitration’ or ‘venue of arbitration’ to be outside India, is to be construed as parties specifically designating juridical/legal seat of arbitration outside India. In UOI Vs. Hardy Exploration and Production (India) Inc.[5] after considering the arbitration clause in the agreement, a three judges’ bench of Hon’ble Supreme Court of India held that Kuala Lumpur was only a venue of arbitration and not chosen seat by the parties. On that basis, it was held that Part I of the Act was not excluded and the courts in India had the jurisdiction for entertaining the petition under Section 34 of the Act for challenge to the award. Even in the case of Hardy Exploration, passed in the year 2018, the distinction between venue and seat of arbitration was seen to have played important role inasmuch as the court was still treating the said two expressions as different.

On the contrary in BGS-SGS SOMA-JV Vs. NHPC Ltd.[6], a three judges bench of the Hon’ble Supreme Court while dealing with a case pertaining to domestic arbitration held that where there is an express designation of venue and no designation of any alternative place as seat combined with a supranational body of rules governing arbitration and no other significant contrary indicia, the inexorable conclusion is that the stated venue is a juridical seat of arbitrational proceedings. Simply stated, the court held that the venue of arbitration mentioned in a contract shall be equivalent to seat of arbitration unless there is any indication to the contrary in the agreement. In this judgment, the court also held that the law laid down by the earlier judgment in the case of Hardy Exploration was not a good law. With this judgment, the controversy stemming out of ‘venue’ or ‘seat’ of arbitration, was narrowed down drastically. In addition, the court held that Delhi being the seat of arbitration, courts at Delhi shall have exclusive jurisdiction to entertain petition challenging the award.

In yet another, and infact a most recent, judgment in the case of Mankastu Impex Pvt. Ltd. Vs Airvisual Ltd[7] (again a three judges’ bench) the Hon’ble Supreme Court of India rejected a Section 11 Application for appointment of arbitrator in an International Commercial Arbitration. The clause in this case provided ‘for disputes to be referred to and finally resolved by arbitration administered in Hong Kong’. Hon’ble Court once again held that seat of arbitration and venue of arbitration cannot be used interchangeably and that place of arbitration cannot be the basis to hold the same as the seat of arbitration. Infact in this judgement, the court took notice of the decisions in the case Hardy Exploration as well as in BGS-SGS SOMA-JV cases. Following the law laid down in the case of BGS-SGS SOMA-JV, the court could have come to the same conclusion as it finally did. However, court gave its own reasoning and held that expression “the dispute shall be referred to and finally resolved by arbitration administered in Hong Kong” clearly suggests that the parties had agreed that the arbitration shall be seated at Hong Kong and that laws of Hong Kong shall govern the arbitration proceedings as well as the courts at Hong Kong shall have power of judicial review over the arbitral award. In this judgment, Hon’ble Supreme Court of India cited with approval passage from Redfern and Hunter on International Arbitration, which reads as under:

“34. As a matter of fact the mere choosing of the juridical seat of arbitration attracts the law applicable to such location. In other words, it would not be necessary to specify which law would apply to the arbitration proceedings, since the law of the particular country would apply ipso jure. The following passage from Redfern and Hunter on International Arbitration contains the following explication of the issue:

“It is also sometimes said that parties have selected the procedural law that will govern their arbitration, by providing for arbitration in a particular country. This is too elliptical and, as an English court itself held more recently in Breas of Doune Wind Farm it does not always hold true. What the parties have done is to choose a place of arbitration in a particular country. That choice brings with it submission to the laws of that country, including any mandatory provisions of its law on arbitration. To say that the parties have “chosen” that particular law to govern the arbitration is rather like saying that an English woman who takes her car to France has “chosen” French traffic law, which will oblige her to drive on the right-hand side of the road, to give priority to vehicles approaching from the right, and generally to obey traffic laws to which she may not be accustomed. But it would be an odd use of language to say this notional motorist had opted for “French traffic law”. What she has done is to choose to go to France. The applicability of French law then follows automatically. It is not a matter of choice.

Parties may well choose a particular place of arbitration precisely because its lex arbitri is one which they find attractive.15 Nevertheless, once a place of arbitration has been chosen, it brings with it its own law. If that law contains provisions that are mandatory so far as arbitration are concerned, those provisions must be obeyed. It is not a matter of choice any more than the notional motorist is free to choose which local traffic laws to obey and which to disregard.””

The court relied upon earlier decision in case of Enercon (India) Limited and others v. Enercon GMBH and another[8], where it was held that “the location of the Seat will determine the courts that will have exclusive jurisdiction to oversee the arbitration proceedings. It was further held that the Seat normally carries with it the choice of that country’s arbitration/curial law”.

The court also cited its decision in the case of Indus Mobile Distribution Pvt. Ltd. vs. Datawind Innovation (P) Ltd.[9] wherein it was held that “In Arbitration law however, as has been held above, the moment “seat” is determined, the fact that the seat is at Mumbai would vest courts with exclusive jurisdiction for purposes of regulating the arbitration proceedings arising out of the agreement between the parties”. The court concluded the judgment in Mankastu Impex by holding that since the arbitration was seated at Hong Kong the petition filed under Section 11 (6) of the Act was not maintainable and hence was dismissed.

Importance of juridical seat in an arbitration can also be understood from the judgment of the Court of Appeal of the Republic of Singapore, in the matter of ST Group Co Ltd. & Ors Vs. Sanum Investment Limited[10] , where the court refused to enforce an award made and published at a place other than the agreed seat of arbitration in the agreement. In this case the seat of arbitration as per the agreement was Macau but the arbitration was held at Singapore. The Appellants did not participate in the arbitration proceedings, though conveyed their objection in writing to the arbitral tribunal. While refusing to enforce the award, the court of appeal held that “The choice of an arbitral seat is one of the most important matters for parties to consider when negotiating an arbitration agreement because the choice of seat carries with it the national law under whose auspices the arbitration shall be conducted……………………While the parties can, of course, whether deliberately or neglectfully, omit to specify a seat such a course has been described as unwise.

The Court of appeal further held that “In our view, therefore, once an arbitration is wrongly seated, in the absence of waiver of the wrong seat, any award that ensues should not be recognised and enforced by the other jurisdiction because such award had not been obtained in accordance with the parties agreement. Therefore, the award would not be the result of arbitration that the parties had bargained.”

[2] In Bhatia International Vs. Bulk Trading SA (2002) 4 SCC 105, SC held that Part I of the A&CA will apply even to a foreign seated arbitration unless parties had expressly or impliedly excluded applicability of the same.  This decision was overruled by SC in Balco case.

[Provided that subject to an agreement to the contrary, the provisions of section 9, 27 and clause (a) of sub-section (1) and sub-section (3) of section 37 shall also apply to international commercial arbitration, even if the place of arbitration is outside India, and an arbitral award made or to be made in such place is enforceable and recognised under the provisions of Part II of this Act.]