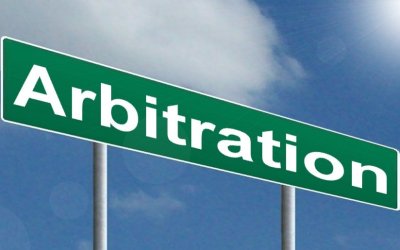 The Arbitration & Conciliation (Amendment) Act, 2015 (hereinafter known as “Amended Act“) has come into force w.e.f. 23.10.2015 whereby various amendments have been introduced in the Arbitration and Conciliation Act, 1996 (hereinafter known as “1996 Act”). The amendments have largely been lauded as an encouraging step towards making India an arbitration friendly nation and also towards making arbitration/ ADR a speedy, efficacious and cost-effective method of dispute resolution in India. Nonetheless, it has also brought to the fore certain ambiguities with respect to its application on various proceedings. The confusion regarding applicability of the Amended Act is especially noticed in court proceedings which were pending as on date when the Amended Act was notified and fresh court proceedings to be initiated immediately after the Amended Act came into force, arising out of arbitrations, invoked prior to Amended Act coming into force. The lack of clarity in this respect has led to various courts in India giving different interpretations as to the applicability of the amendments to such court proceedings as mentioned above. These conflicting judgments have given rise to further misconceptions regarding the applicability of Amended Act.

The Law Commission1, to its credit, in the proposed Section 85(A), had attempted to create a clear distinction between fresh applications to the court for pending arbitrations and fresh arbitrations to be initiated after the amendments. It was clarified that, fresh applications to the court regarding arbitration matters would come under the purview of the Amended Act even if the arbitration proceedings had been initiated as per the unamended Act. However, this proposal was not incorporated by the legislature while approving and enacting the Amendment Act. Instead, Section 26 was inserted in the Amendment Act regarding the applicability of the amendments to the arbitration proceedings, which states the following:

“Nothing contained in this Act shall apply to the arbitral proceedings commenced, in accordance with the provisions of section 21 of the principal Act, before the commencement of this Act unless the parties otherwise agree but this Act shall apply in relation to arbitral proceedings commenced on or after the date of commencement of this Act.”

Had the initial proposal been accepted, there would have been a uniform application of the Amended Act to all petitions/applications/ appeals either pending before the courts or to be filed, after the amendments came into effect. Having said that, there is no doubt that court proceedings arising out of such arbitrations which have commenced or will be commenced subsequent to the amendments coming into force i.e. on or after 23.10.2016, are unquestionably governed by the Amended Act. The lack of clarity is only with respect to applicability of the Amended Act to the court proceedings either pending or fresh in nature, which arose out of such arbitrations which were invoked prior to the Amended Act coming into force. The issue, therefore, which requires clarification, is that whether the provisions of the Amended Act, can be said to be applicable for the court proceedings either pending as on date when the Amended Act came into force or filed afresh, pursuant to the arbitrations invoked prior to the amendments coming into force i.e. before 23.10.2016. This article makes an attempt to deal with the above issue while discussing the conflicting judgments passed by various courts in India on the said issue.

Not only there are conflicting judgments by High Courts of different States, but conflicting decisions even within the same high court. The Kolkata High Court was the first court that faced the question regarding the applicability of the provisions of the Amended Act to court proceedings arising out of such arbitrations which were initiated prior to amendments, based on the reading of the aforementioned Section 26 of Amendment Act. The Ld. Single Judge in the matter of Electrosteel Castings Limited vs Reacon Engineers (India) Private Ltd.2 held that the ‘repeal and savings clause of the Amendment Act of 2015 did not make applicable the amendment Act in case of arbitration which commenced before its enactment‘.

Subsequently, in the matter of Sri Tufan Chatterjee vs. Sri Rangan Dhar3, a division bench of Kolkata High Court held in contrast, while arriving at a conclusion that even pending court proceedings relating to such arbitration, which was pending as on date when the amendments were notified, must be governed by the Amended Act and not the unamended one. The Bombay High Court’s decision in the matter of Mahanagar Telephone Nigam v SRV Telecom4 was also congruent to the judgments of Sri Tufan (supra). However, it can be observed that while discussing Section 85(2)(a) of the principal Act i.e. Arbitration & Conciliation Act, 1996 and Section 26 of the Amendment Act, the Ld. Division Bench of Kolkata High Court proceeded on the premise that the words “in relation to” is missing in Section 26, which is ex facie incorrect. A bare perusal of the abovementioned provisions would reveal that the provisions are more or less similar, and the words “in relation to” are very much available in Section 26 as well. Therefore, the judgment may be questioned being based upon incorrect reading of above provisions.

Furthermore, the decisions of Bombay High Court in two connected matters of BCCI vs RSW, Kochi Cricket Private Ltd.6 and BCCI vs Global Asia Venture Co. & Arup Deb adds to the already existing confusion. BCCI contended in both the abovementioned matters that since the petitions challenging the awards under Section 34 of the Act were filed by it, prior to the promulgation of Arbitration Ordinance, the same would be governed by Section 36 of the unamended Arbitration Act, and therefore, the awards can be executed only after the petitions are refused by the Court. Any other interpretation would lead to causing grave prejudice to BCCI. However, the Bombay High Court, rejected the said contention. While holding that amendments brought to Section 36 of the Act has a prospective effect, the Court concluded that it is merely procedural in nature and is removing shadow over the rights of the award holder, which cannot be said to be prejudicial against rights of award-debtor as Section 34 is there in existence giving right to award-debtor to challenge the award, and the same is not being taken away. It was also stated that the amended Section 36 balances the rights of both parties as the aggrieved party can file an application seeking stay on enforcement of the arbitral award, pending which, the other party need not face the negative consequences of the mere filing of the application. Therefore, BCCI was directed to file an application seeking stay against enforcement of arbitral awards under challenge.

The Bombay High Court in the above judgments have given due consideration to Delhi High Court’s judgment in Ministry of Defence, Government of India v. Cenrex SP. Z.O.O. & Ors.7 but ultimately held differently. Delhi High Court while relying upon Section 6 of the General Clauses Act, came to a conclusion that an Act (or an Ordinance for that matter) cannot have retrospective operation unless so provided in the Act and any vested right in such Act/ provision cannot be deemed to be taken away by means of the amending or the repealing Act. It was further held that once the objections are filed under existing Section 34 of the Act, such vested right to have the award set aside on the basis of Section 34 existing on the date of filing of the petition cannot be taken away by holding that by the 2015 amendment Ordinance such a vested right has been impliedly taken away.

Consequent to Bombay High Court’s ruling in BCCI’s cases (Supra) on 22nd June 2016, BCCI has now challenged the said decisions before the Supreme Court of India contending that this issue requires “authoritative backing” by the Apex court. The appeals are presently pending consideration before the Apex Court and have garnered a great deal of importance.

Currently, the question about whether the Amended Act is applicable to court proceedings arising out of arbitrations which commenced prior to the Amended Act coming into force remains ambiguous. It may be opined that, logically, if pending arbitrations are not governed by the new amendments then neither should related court proceedings, whether pending or fresh, however, at the same time, the language of the provision seems flawed. The various judgments which are at odds with one another across the spectrum of High Courts in the country have created great confusion over this important issue. While examining various judgments mentioned above, it is observed that lots of emphasis has been made on the words “in relation to arbitral proceedings”, however, somehow, courts did not appreciate the legality and intention expressed by the Apex Court in the matter of Thyssen Stahlunion v Steel Authority of India8, whereby while dealing with the similar issue of applicability of Arbitration & Conciliation Act, 1996 to the court proceedings arising out of arbitrations commenced under The Arbitration Act, 1940, it was held that if the words “in relation to” are read in conjunction with “the provisions” of the old Act, then the whole ambit of arbitration including enforcement of the award would come under the unamended Act and therefore, old Act will be applicable to all such proceedings despite the fact that award was passed after the amended Act was notified. Applying the same logic, provisions of unamended Act should be applied to all such court proceedings which relate to arbitrations, invoked prior to amendments being notified i.e. prior to 23.10.2016.

Having said so, it is necessary that the confusion is clarified/ settled by either the legislature or the Apex Court, otherwise, the ambiguity will continue to make parties suffer. The unclear nature of this issue requires urgent consideration to provide uniformity to the law and its effective application. The ambiguities relating to this particular question should be cleared up at the earliest to avoid a stockpiling of cases that are facing this hurdle and can potentially defeat the very objective with which the amendments were brought into effect.