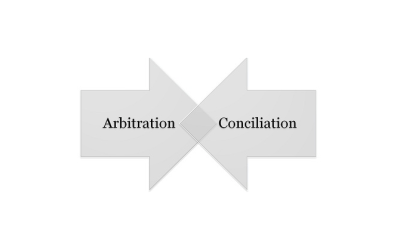 Ever since the enactment of Arbitration and Conciliation Act 1996 (“Act”), Indian Legislature has been showing its intent to keep pace with the growing popularity of arbitration as preferred mode of dispute resolution in commercial matters. Two recent amendments in the Act bear testimony to India’s commitment to make India conducive for international and domestic arbitrations.  The latest amendment of 2019, received the assent of the President of India on 9th August, 2019, provides for important changes, crucial ones are discussed in this article.

Timeline for making the award- Section 29A and Section 23

Prospective application of amendments introduced by Amendment Act of 2015

Conclusions
The 2019 amendment acts clearly aims at removing the difficulties which were being faced during the conduct of arbitration proceedings and the court proceedings arising therefrom. With separate time frame for completion of pleading, arbitral tribunal will have full period of one year for conducting the trail and passing the award. With increase in role of arbitral institutions, institutional arbitrations as against ad hoc arbitration is likely to get a boost. Clarification with respect of applicability of 2015 with prospective effect will go a long way in eliminating confusion. It is, however, felt that legislature needs to consider providing upper age limit for any person to be appointed as arbitrator. Even the fee provided in the Fourth Schedule could be made binding in the absence of any agreement to the contrary between the parties.