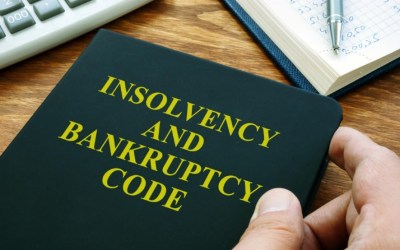 INTRODUCTION:
The Insolvency and Bankruptcy Code, 2016 (‘Code’) was enacted by the Parliament with the aim to provide and revamp the framework for insolvency resolution in India in a time bound manner and for the promotion of entrepreneurship, credit availability and balancing of different interests of each and every stakeholder of a Company.

This Article highlights the amendments introduced to the aforesaid provisions of the Code, in order to understand the current position of law relating to insolvency in India.

HIGHLIGHTS OF THE AMENDMENT ACT:

A.  SECTION 5
The Amendment Act has introduced the following two amendments in Section 5 of the Code:

(i)    proviso to Clause 12 of Section 5 of the Code has been omitted, which means that now the ‘insolvency commencement date’ shall be the date on which the application filed either under Section 7, 9 or 10 of the Code, for initiating the CIRP against any corporate debtor has been admitted by the Adjudicating Authority, irrespective of the fact whether an Insolvency Resolution Professional is appointed on such date or not. Earlier, the insolvency commencement date was the date on which Interim Resolution Professional (“IRP”) used to be appointed by the Adjudicating Authority. The amendment shall certainly expedite the entire process of CIRP under the Code.

(ii)     In Clause 15, at the end, the words “…and such other debt as may be notified” have been inserted, which intends to include any other debt as “interim finance”, if so notified, in addition to the one, which may be raised by the resolution professional during CIRP.

C.  SECTION 11
Moving further, the legislature has inserted one more explanation as ‘Explanation II’ in Section 11 of the Code thereby clarifying that the restrictions provided in Section 11, shall not prevent a Corporate Debtor which is under insolvency, from initiating CIRP against its own Corporate Debtor. The unamended Section 11 prohibited a Corporate Debtor from initiating CIRP under certain circumstances, due to which a Corporate Debtor was not able to initiate CIRP against its own defaulting debtors/borrowers. The legislature, by way of this amendment, has taken care of the above grievance, and has enabled various entities, who are already in CIRP, to initiate CIRP proceedings against the corporate defaulters, to recover their own dues.

The above amendment has clarified the ambiguity caused due to divergent views taken by various NCLTs in India regarding the interpretation of Section 11, particularly in respect of the issue whether a Corporate Debtor, against whom CIRP was pending could initiate CIRP against another Corporate Debtor in order to recover its outstanding debts. In this regard reference is invited to the view taken by the NCLT Mumbai in the matter of Jai Ambe Enterprise vs S.N. Plumbings Pvt. Ltd. (CP 1268/I&BC/NCLT/MB/MAH/2017), whereby it was held that, “…it is one of the duties of the RP to recover the outstanding debts of a Corporate Debtor against whom CIRP is already in progress and it is a right course of action for managing the affairs of the financially stressed company.” The amendment is in line with the interpretation adopted by Mumbai NCLT.

D.  SECTION 14
The Amendment Act has further introduced amendments in Section 14 of the Code, which provides for declaration of moratorium by the Adjudicating Authority during the pendency of CIRP. The amendments are as follows:

The aforesaid amendment has been brought to run the operation of a corporate debtor without any obstacles or hindrances so as to maintain its status as a going concern. Further the purpose of such amendment is to protect such entities which are capable of being revived, however, suffer during the moratorium period due to the initiation and pendency of CIRP against them, where a supplier or service provider becomes apprehensive of any further dealing with such entities.

E.  SECTION 16
The Amendment Act has amended Section 16 of the Code as well, thereby providing that the IRP shall be appointed on the insolvency commencement date itself instead of 14 days’ period provided earlier for such appointment. The said amendment shall no doubt, expedite the process of CIRP.

F. SECTION 21
An amendment has also been introduced in Section 21 of the Code, whereby in the 2nd proviso of sub-section (2) of Section 21, the words “or completion of such transactions as may be prescribed” has been inserted after the words “convertible into equity shares”. The consequence of aforesaid amendment is that now first proviso of Section 21(2) shall not apply also to such financial creditors who are related to a Corporate Debtor on account of such completed transactions, which may be prescribed by the Central Government under Section 239(2)(fa) of the Code, prior to the insolvency commencement date. The above amendment has empowered the Central Govt. to prescribe any other completed transaction, while determining whether a financial creditor is a related party of the Corporate Debtor or not.

G.  SECTION 23
Section 23 of the Code has also been amended, wherein the proviso to Section 23(1) has been completely substituted. The new proviso now empowers the Resolution Professional to continue to manage the operations of a Corporate Debtor even after the expiry of prescribed period of CIRP, and till the time when the Adjudicating Authority by an order approves the resolution plan under Section 31(1) or appoints a liquidator under Section 34 of the Code. Such amendment has taken care of a grey area in the Code, as to who should be in control of the affairs of a Corporate Debtor after the period prescribed under the Code for completion of CIRP has expired and the matter is still pending adjudication before the Adjudicating Authority. It certainly resolves some practical difficulties being faced by Resolution Professionals as well as the Corporate Debtors/ COC.

H.  SECTION 29A
Furthermore, the Amendment Act has amended the respective ‘Explanation I’ as provided in clauses (c) and (j) of Section 29A of the Code. In both the aforesaid explanations, after the words “convertible into equity shares”, the words “or completion of such transactions as may be prescribed” have been inserted. Section 29A of the Code provides for the persons, who are not eligible to be resolution applicants. The consequence of aforesaid amendments is that now Central Govt. is empowered to prescribe any such completed transaction, for determining the eligibility of any person to be a resolution applicant, in addition to the restrictions/ prohibitions/ criteria, already specified in Section 29A of the Code

The 1st proviso attached to Section 32A(1), also provides that subject to fulfillment of requirements provided in this sub-section, the Corporate Debtor shall stand discharged automatically from the date of approval of the resolution plan from any prosecution, which was initiated during the CIRP.

Further, the 2nd proviso to Section 32A(1) provides that a person being a “designated partner”, in terms of LLP Act, 2008, or an “officer who is in default”, in terms of Companies Act, 2013, or was involved in any manner in day to day conduct of company’s business, shall continue to be liable to be prosecuted and be punished for such offence committed by the Corporate Debtor, despite the fact that no liability shall be fastened upon the Corporate Debtor.

The ‘Explanation’ to Section 32A(2) clarifies that an action in relation to a property shall include attachment, seizure, retention or confiscation of such property. It is further provided that, the provisions of Section 32A(2) shall not be a bar against initiating action against property of any other person, who is neither the corporate debtor nor a person who acquired such property through CIRP or liquidation process, and who fulfills the two conditions stipulated in Section 32A.

Sub-section (3) to Section 32A, further cast an obligation on the Corporate Debtor to extend its assistance in investigation of an offence committed prior to commencement of CIRP.

The effect and impact of this amendment is far reaching and benevolent in nature, in so far as it protects the new management and its officials from unnecessary harassment and litigation, which new management used to face after taking over the Corporate Debtor. The scope and ambit of Section 32A came to be discussed by the Hon’ble Company Law Appellate Tribunal, recently, in the matter of JSW Steel Ltd. vs Mahender Kumar Khandelwal & Ors. [Company Appeal (AT)(Insolvency) No. 957 of 2019], whereby citing Section 32A, the Appellant i.e. JSW Steel Ltd. was granted protection from attachment of the properties of Bhushan Power & Steel Ltd. which JSW became owner after being the successful Resolution Applicant. The officials of JSW were also granted protection citing Section 32A(1)(b).

Further, an Explanation has also been inserted in Section 227, providing that the insolvency and liquidation proceedings for notified financial service providers or their categories may be conducted with some modifications and in such manner as may be prescribed by the Central Government. The said explanation has been added to provide teeth to the Central Govt. to suggest modifications in the insolvency process to be followed in an insolvency proceedings, which may be initiated against a financial service provider, which otherwise could be carried out in the same manner under the Code as that of any other entity.

K.  SECTION 239
Section 239 of the Code has also been amended, whereby in sub-section (2), three more clauses have been inserted after clause (f) being (fa), (fb) and (fc). The above amendment has been carried out to empower the Central Government, to make rules in respect of transactions introduced in 2nd proviso of Section 21(2), Explanation-I of Section 29A(c) and 2nd proviso of Section 29A(j) by amending the said provisions under the Amendment Act.

L.  SECTION 240
Lastly Section 240 of the Code has been amended, whereby clause (ia) has been inserted in Section 240(2). The said amendment now provides that the Board may now make regulations in respect of circumstances under which supply of critical goods or services can be terminated or suspended during the moratorium period pursuant to Section 14(2A) of the Code.

The Amendment Act has endeavored to remove various bottlenecks and practical difficulties being faced while implementing the provisions of the Code and has also attempted to streamline the Corporate Insolvency Resolution Process (“CIRP”). The highlight of amendments are:

Although the Amendment Act has cleared many doubts which subsisted earlier and paved the way for the easy and speedy resolution process under the Code, however, has its own flaws which may not be ultimately beneficial to all the stakeholders. One of such instances is introduction of minimum threshold for a real estate allottee.

The minimum threshold now introduced, shall result in making the remedy provided under the Code to a real estate allottee, completely toothless, in as much as a real estate allottee is a person, who invested his hard earned money in buying a property and shall now feel harassed to find out 99 more buyers or 10% of the total number of buyers, before he could approach the Court for redressal of his grievances. Ultimately, this ought to have been kept in mind by the legislature that real estate allottees were included in the definition of ‘financial creditor’ after a huge number of defaults by real estate developers across the country. This legislation so brought was a welfare legislation, which has been diluted substantially to the grave prejudice of real estate allottees. As a matter of fact, the validity of this amendment was challenged before the Hon’ble Supreme Court of India and the Hon’ble Court has granted a status quo order in respect of pending matters. The final order is still awaited.

Having said that, undoubtedly the amendments brought in the Code by the Amendment Act, are a step forward towards the effective implementation of the Code and removing the hindrances in the way of its implementation.