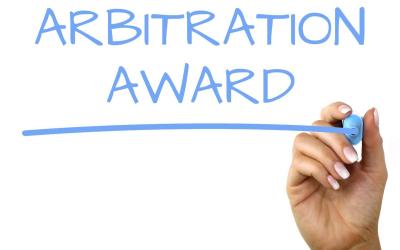 The arbitration law in India permits the passing of an interim award by the Arbitral Tribunal vide section 31(6) of the Arbitration and Conciliation Act, 1996 (Hereinafter called the Act) on any matter with respect to which it may make a final award.

The principles for passing an interim award on admissions are akin to the principles followed by courts in passing a judgment on admissions under Order XII Rule 6 of the Code of Civil Procedure, 1908. In the judgment of Uttam Singh Duggal Co. Ltd. vs. United Bank of India Ltd & Ors[3] the Hon’ble Supreme court observed that the principles of Order XII Rule 6 are wide in their implication and a decree on admissions is to be passed when it is impossible for the party making the admission to succeed in the face of such admissions made by him. As to the nature of admissions, the Hon’ble Apex Court[4] has laid down, that the admissions should be categorical. It should be a conscious and deliberate act of the party making it, showing an intention to be bound by it. The judgment should be made keeping in mind that a judgment on admission is a judgment without trial which permanently denies any remedy to the Defendant. Therefore the Court should exercise its discretion only when the admission is clear, unequivocal unambiguous and unconditional.

In the case of Nagindas Ramdas v. Dalpatram Iccharam[5]  the Hon’ble Apex Court has observed that admissions if true and clear, are by far the best proof of the facts admitted. Admissions in pleadings or judicial admissions, admissible under Section 58 of the Evidence Act, made by the parties or their agents at or before the hearing of the case, stand on a higher footing than evidentiary admissions. The former class of admissions are fully binding on the party that makes them and constitute a waiver of proof. They by themselves can be made the foundation of the rights of the parties. Very recently, the Division Bench of Delhi High Court has revisited the issue of power of arbitral tribunal to pass an interim award qua an admitted liability/amount which is withheld by a party simply for the reason that its counter claims are pending adjudication[6]. The case revolved around the challenge to an interim award passed by the tribunal on the basis of an admission of payment by the party. The only defense taken was that there was an adjustment of the amount and counterclaims were pending

The issue of pendency of counter claims to oppose passing of interim award, was discussed succinctly in another division bench judgment of Delhi High Court wherein the court was pleased to answer the issue in negative[7]. In the Numero Uno case, the court has held that pendency of counter claim does not denude the arbitrator of the power to pass an interim award in the original suit/claim if such an interim award is otherwise justified. No interference with an interim award would, however, be permissible only because the defendant has made a counter claim or because some areas of dispute independent of the area covered by the interim award remains to be resolved. Such a position has emerged in view that a counterclaim is not only treated as a separate proceeding, but is infact a claim which is disputed and is still to be adjudicated.

The Numero Uno case (Supra) has further laid down that passing of an interim award ensures that the party, to who an amount is admittedly payable, does not have to await determination of other disputes to be finally resolved, which may take several years. It further states that the making of the interim award, would not prevent the Tribunal from making adjustments at the stage of making the final award.

In the Nimbus Case (Supra), the admission of the payment was clear and unequivocal, and there was no defense except adjustment. In view of the same, the admissions were accepted to be judicial admissions being part of the pleadings, and hence the best proof for the purpose of passing the interim award. As far as the pendency of counterclaims is concerned, the law laid down in the Numero Uno case (Supra) was followed, and the plea of the opposite party as regards the adjustment of counterclaims was also rejected.