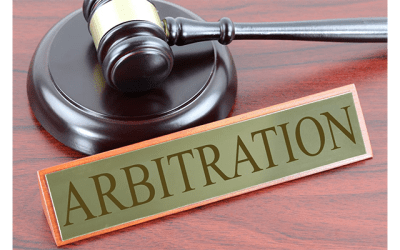 The recent amendments (Amendment Act 2015) brought to the Arbitration and Conciliation Act 1996 (1996 Act) have brought about significant changes to the arbitration law in India with an objective to achieve speedy, efficient and effective dispute redressal mechanism, ultimately achieving the purpose for which the Act was enacted in the first place.

One of the significant amendments that the Arbitration and Conciliation (Amendment) Act 2015 hereinafter referred as ‘Amendment Act 2015’ has introduced is applicability of Section 9 i.e. possibility of availing interim measures from Indian courts in a foreign seated international commercial arbitration. After the Amendment Act 2015 came into force, a party in a foreign seated international commercial arbitration and governed by a foreign law can approach the Indian courts for interim relief provided the parties have not expressly or impliedly excluded the applicability of Section 9 of the 1996 Act.

Impact of Amendment on Bhatia-Balco Conundrum

Now, the Amendment Act 2015 by amending Section 2(2) of the Act 1996 has to some extent restored the principle pronounced under the Bhatia International judgment which held that provisions of Part I were applicable to all arbitrations including foreign seated arbitrations unless the parties expressly or impliedly excluded them.

An extract of the Section 2(2) with amendment is extracted below:

“This Part shall apply where the place of arbitration is in India.

Provided that subject to an agreement to the contrary, the provisions of Sections 9, 27, and clause (a) of sub-section(1) and sub-section (3) of Section 37 shall also apply to international commercial arbitration, even if the place of arbitration is outside India, and an arbitral award made or to be made in such place is enforceable and recognized under the provisions of Part II of this Amendment.”

In the absence of an express agreement to the contrary, the Supreme Court of India and the various High Courts have pronounced various judgments on the debatable issue as to what it means by ‘implied agreement’ to exclude the applicability of Part I of the Act 1996 and its corollary Section 9 i.e. ‘implied exclusion’ and under what circumstances the jurisdiction of Indian courts stands excluded impliedly.

The issue of implied exclusion of the application of Indian arbitration law to foreign seated arbitrations is one that has been hotly discussed and debated among practitioners and academics alike. In order to appreciate the impact of the Amendment Act 2015 on the international commercial arbitrations seated outside India governed by foreign law, it is necessary to know the legal position as to the law on ‘implied exclusion’.

In plethora of cases, the courts in India have excluded the applicability of Part I on the basis of implied exclusion. The courts have considered a variety of foreign factors including procedural rules of a foreign arbitral institution, seat of arbitration, and law governing the arbitration agreement in order to exclude the application of Part I of the Act 1996.

In Videocon Industries Ltd. v. Union of India, (2011) 6 SCC 161, the parties agreed that the arbitration

In Yograj Infrastructure Ltd. vs. Ssangyong Engineering Construction Co. Ltd., again the Supreme Court took the view that since the arbitral proceedings were conducted under SIAC, and Rule 32 provided where the seat of arbitration was Singapore, the law of arbitration under SIAC Rules would be the International Arbitration Act, 2002 of Singapore. The Supreme Court held that Section 2(2) of the 1996 Act indicates that PART I would apply only in cases where the seat of arbitration is in India. The Court took the view that the parties had expressly agreed to be bound by SIAC Rules, Part I of the Arbitration and Conciliation Act, 1996 stood excluded by virtue of Rule 32 of SIAC Rules. Hence, the Supreme Court held that by agreement the parties had impliedly excluded the provisions of the Arbitration and Conciliation Act 1996.

The above same reasoning had been followed by the Supreme Court in Reliance Industries v. Union of India, 2014 (4) CTC 75 where it was held that once the parties had consciously agreed that the juridical seat of Arbitration would be London and Arbitration agreement would be governed by the Laws of England, it was no longer open to them to contend that PART I would also be applicable nor as its corollary Section 9 which is included in PART I.

In an another judgment, in Harmony Innovation Shipping Ltd. v. Gupta Coal India Ltd., (2015) 9 SCC 172 the Apex Court elaborately expounded the implied exclusion theory and discussed the various Pre-Balco judgments mentioned above and reiterated that all contracts which deal with

Also, in the case of Max India Ltd. v. General Binding Corporation, 2009(3) ARBLR162(Delhi), a Division Bench of the Delhi High Court held that once the parties have expressly chosen foreign law to be applicable to the main contract, foreign law governing the arbitration agreement and seat of arbitration in a foreign country, it leads to an inescapable conclusion and unmistakable intention of the parties to exclude Part I of the Act and its corollary Section 9 of the Act 1996. The Division Bench negating the parties right to approach Indian courts under Section 9 of the Act in such a dispute, also observed that it would be an incongruous situation where not only arbitration proceedings but all other judicial proceedings are to take place in a foreign country and at the same time parties are permitted to have recourse to Indian Arbitration and Conciliation Act, 1996 in so far as the invocation of Section 9 thereof is concerned.

However, in a significant departure, in a recent unreported judgment of the Madras High Court[2], the High Court has held that in a Pre-Balco Arbitration Agreement, even though the parties have expressly chosen foreign law to be applicable to the main contract, foreign law governing the arbitration agreement and seat of arbitration in a foreign country, if the parties had expressly agreed by inserting a provision that for interim measures they can approach the Indian Courts, the provision of providing Indian courts with supervisory jurisdiction over the arbitration proceedings empowering it to pass interim measures for the same is valid and would prevail. Thus, as the parties have expressly included and made applicable Section 9 of the Act to the said arbitration, implied exclusion principle shall not apply in such a scenario.

The underlying rationale that the Madras High Court has applied is that for arbitration agreements dated prior to the Balco judgment, the ratio of Bhatia International case is applicable and hence as per the clause of arbitration in the present case, the parties have not expressly excluded the applicability of Part I and its corollary Section 9 of the Indian Arbitration Act. Thus, the Indian courts would have supervisory jurisdiction over the arbitration proceedings to be held in Finland and passed interim orders against the respondents.

Extracted below is the relevant portion of arbitration agreement clause:

The Single Judge of the Madras High Court considered all the above mentioned judgments and distinguished the present case upon examination of facts, stating that there is no retention or saving clause in arbitration agreements of all those judgments as found in Clause 16.3 of the Arbitration Agreement in the present case.

Thus, it can be seen that depending upon the wording of the clause in the arbitration agreement/contract there are various situations which can arise leading to litigation on preliminary issues in Indian courts.

After the coming into force of the Amendment Act 2015, only provisions such as Section 9, Section 27 and Section 37(1)(a) and 37(1)(3) would be applicable to international commercial arbitrations even if it is seated outside india (foreign seat) unless the parties agree to the contrary i.e. unless the parties expressly or impliedly exclude the applicability of these provisions in their arbitration agreement. However, these provisions would be applicable (unless excluded) to only those arbitrations which take place in a country, the arbitral awards of which are enforceable and recognized under the provisions of Part II of the Act 1996. Thus, applicability of interim relief under Section 9 to international commercial arbitrations having a foreign seat and foreign governing law shall be subject to two conditions:

1. No agreement to the contrary i.e. the parties must not have expressly or impliedly excluded the applicability of such provisions, which can be gathered from the facts and circumstances of the case.

2. The Arbitral award should be made in such a place which is enforceable and recognized under Part II of the Act 1996 i.e. the award must be made in a country which is a party to New York Convention or Geneva Convention and must be recognized by the Central Government of India.

As one can see, agreeing to vague arbitration clauses may lead to extremely confusing situations and hence, such clauses should generally be avoided. While drafting of contracts, the parties must be extremely careful while choosing the seat of arbitration and choosing the law to be made applicable to said arbitration between them.

(The author would like to thank R. V. Prabhat, Associate of the firm for the valuable assistance in researching for this article.)