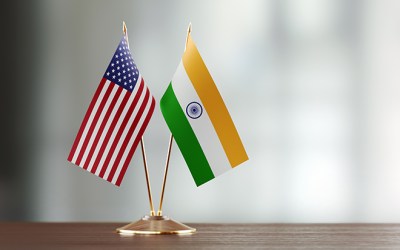 The importance of transnational commercial arbitration has been recognized the world over. The aim is to achieve the sole objective of resolving the dispute timely and efficiently with minimum intervention of a Court of Law so that the trade and commerce is not affected on account of litigations before a Court.

One of the most important choices to be made by parties to an international commercial contract when they include an arbitration clause is that of the seat of the arbitration. It is indeed the seat of the arbitration which determines the procedural rules applicable to the arbitration, the extent to which the ordinary courts will be involved or will interfere in the arbitral process, as well as the degree to which an arbitral award is subject to challenge. The choice of the seat will also have impact on the duration and costs of the proceedings. Party autonomy being one of the cornerstones of international arbitration, parties are free to agree on the seat of arbitration. It is even open to parties to have a separate seat of arbitration and have a separate law governing the law applicable to the substance of the disputes.

While Indian arbitration law has undergone a rapid evolution in recent years, and the Indian government has taken steps towards developing India as an arbitration- and foreign investor-friendly country, Indian parties may not always be able impose a seat in India on their foreign counterparts, which usually prefer the arbitration to be seated outside India, often in a jurisdiction considered neutral to both parties. There might also be practical or tactical advantages for Indian parties themselves in choosing a seat outside India, including in terms of the duration and costs of the arbitral process.

This article specifically focuses on a U.S. seated arbitration with the governing law as Indian law.

In a dispute concerning an Indian party and a party from the USA, it might be relevant to note why arbitration is specifically preferred as a dispute resolution mechanism over a regular civil proceedings.

This implies that executing a judgment from a non-reciprocating territory requires a civil suit on the foreign judgment to be filed before the competent court. Therefore, execution of a judgment from a non-reciprocating territory would be completely inefficient, time consuming as well as costly as it involves the prolonged procedural hassles of a civil suit.

On the other hand, since the USA and India are both parties to the New York Convention of 1958 on the Recognition and Enforcement of Foreign Arbitral Awards and The United States of America is among the countries notified by India under the New York Convention, the arbitration award passed in the USA is recognized in India as a decree of court. The vice versa is also true. This means, that instead of re-instituting a civil suit, a party, after crossing certain limited hurdles provided under the Arbitration and Conciliation Act, 1996 itself, can directly move for execution of the award.  Hence arbitration is the best mechanism that can be adopted for dispute resolution. The hurdle to a foreign award is also discussed in the latter part of this article.

Systems of Law Applicable to Arbitrations:-

In India, the recognition and enforcement of a foreign international arbitral award is governed by Part II of the Indian Arbitration Act which, inter alia, implements the New York Convention.[2]

Part II of the Indian Arbitration Act applies to

Section 48 of the Indian Arbitration Act deals with the conditions requisite for enforcement of foreign awards, which also provides the ground for challenging a foreign award. Section 48 mirrors the grounds to challenge the enforcement of a foreign award set out in Article V of the New York Convention. The conditions for enforcement include party incapacity, invalidity of agreement under the law of the seat, absence of proper notice to the party regarding appointment, or inability of a party to represent his case, non arbitrability of the dispute, matters beyond scope of arbitration, wrong composition of tribunal, or that the award has not become binding as per the law of the seat. The only distinct ground which is available to the Court to refuse enforcement of the award is the award being against the public policy. This new ground has also been added by way of the 2015 Amendment.

The enforcement of a foreign award in India is a process which begins by filing an execution petition. At first, a court would determine whether the award complies with the requirements of the Act. Once an award is found to be enforceable it may be enforced like a decree of the particular court. At this specific stage parties would have to be mindful of the various challenges that may arise such as frivolous objections taken by the opposite party, and requirements such as filing original/ authenticated copy of the award and the underlying agreement before the court.

If the Indian enforcement court is satisfied that a foreign award is enforceable under Part II, Chapter 1 of the Indian Arbitration Act, the award will be deemed to be a decree of that court[3] . Accordingly, the award can be executed under Order XXI of the Code of Civil Procedure, 1908 in the same manner as a judgment from an Indian court.

The procedure for obtaining interim relief and the type of relief available also varies according to the seat of the arbitration.

An interim relief ordered by the Indian courts under Section 9 is subject to appeal under Part I, Section 37 of the Indian Arbitration Act.

The recent developments in India’s arbitration law, in particular the entry into force of the 2015 Amendment, offer parties to an international arbitration additional tools and protection by allowing them to seek interim relief before Indian courts even if the arbitration is seated outside of India.  This can be particularly useful if one of the parties has assets in India.

The Indian courts might also be seized with an application to enforce award rendered by an arbitral tribunal seated in USA. The enforcement of such an award in India is greatly facilitated by the fact that both USA and India are signatories of the New York Convention. As a result, the grounds on which Indian courts may refuse to enforce an arbitral award rendered in USA are limited.

[3] Section 49 of the Indian Arbitration Act.