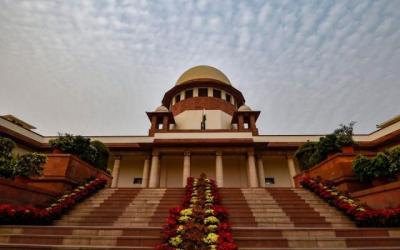 INTRODUCTION:
The Hon’ble Supreme Court of India (“SC”/“Apex Court”) in one of its most recent judgment laid down the law on interpretation and enforcement of parallel arbitration clauses. In the case of Balasore Alloys Ltd. Vs Medima LLC[1] decided on 16.09.2020, the Apex Court held that in such a situation, principle of harmony and reconciliation should be used as to determine as to which of the clauses would be relevant. In this case, the SC was faced with a situation where there were following two arbitration clauses:

23. GOVERNING LAW; DISPUTES
This Agreement shall be governed by and construed in accordance with the laws of the United Kingdom. Any claim, controversy or dispute arising out of or in connection with this Agreement or the performance hereof, after a thirty calendar day period to enable the parties to resolve such dispute in good faith, shall be submitted to arbitration conducted in the English language in the United Kingdom in accordance with the Rules of Arbitration of the International Chamber of Commerce by 3 (Three) arbitrators appointed in accordance with the said Rules, to be conducted in the English language in London in accordance with British Law. Judgment on the award may be entered and enforced in any court having jurisdiction over the party against whom enforcement is sought.”

“7. ARBITRATION:
Disputes and differences arising out of or in connection with or relating to the interpretation or implementation of this contract/order shall be referred to the Arbitral Tribunal consisting of 3 Arbitrators of which each party shall appoint one Arbitrator, and the two appointed Arbitrators shall appoint the third Arbitrator who shall act as the Presiding Arbitrator as per the provisions of the Arbitration and Conciliation Act, 1996 and any modification or re­enactment thereto. The venue of the arbitration proceedings shall be at Kolkata and language of the arbitration shall be English. The arbitration award shall be final and binding upon the parties and the parties agree to be bound thereby and to act accordingly. When any dispute has been referred to arbitration, except for the matters in dispute, the parties shall continue to exercise their remaining respective rights and fulfil their remaining respective obligations.”

Invoking Clause 7 of the Purchase Order, the Applicant i.e. Balasore Alloy had approached the Apex Court for appointment of an Arbitrator under Section 11(6), read with Section 11 (2) (a) of the Arbitration and Conciliation Act, 1996. The Respondent on the other hand, submitted before the SC that disputes between the parties already stood referred to arbitration in terms of Clause 23 of the Main Agreement and a tribunal had already been constituted by the ICC. The Apex Court noticed that there was no dispute between the parties that certain disputes had arisen between them and that such disputes were to be resolved through arbitration. However, the only point of contention between the parties was as to whether the arbitration is to be conducted pursuant to Clause 7 of the Purchase Order or Clause 23 of the Main Agreement.

At the outset, the Apex Court concurred with its earlier judgment in the case of Olympus Superstructures Pvt.  Ltd.   Vs.  Meena Vijay  Khetan  &  Ors.[2]  wherein the SC was confronted with the same issue. After noticing the law laid down in the case of Olympus Superstructures (supra), the SC held that it would be necessary to refer to the manner in which arbitration clause was invoked and the nature of dispute that was sought by the parties to be resolved through arbitration. The Apex Court noted that it was the Respondent, who had invoked Clause 23 of the Main Agreement vide notice dated 13.03.2020. It was only while giving response to the arbitration notice, the Applicant referring to the nature of their claims indicated that constitution of arbitral tribunal and the conduct of the arbitration proceedings would be in accordance with Clause 7 of the Purchase Order. The Hon’ble Court thus held that in such a situation where two arbitration clauses subsist between the parties, which are not similar to one and another, the said two clauses would have to be read in harmony or reconciled to take note of dispute that had arisen between the parties to decide the nature of arbitration proceedings.

On the basis of the aforesaid reasoning, the Hon’ble Apex Court came to a conclusion that it would not be appropriate for the Applicant to invoke Clause 7 of the Purchase Order, more particularly, when the Arbitral Tribunal had already been constituted. With the aforesaid reasoning, Hon’ble Apex Court dismissed the application seeking appointment of arbitrator filed by the Applicant.