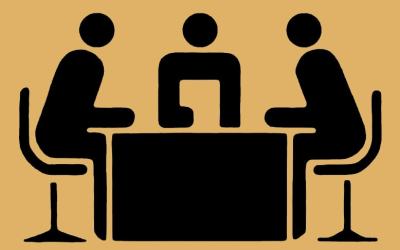 India has given notice of unilateral termination of 58 Bilateral Investment Treaties (BIT) on 31st March 2017 and it is in process of signing some crucial BITs, such as the US-India BIT. All of this in conjunction with India’s aim of increasing foreign investment flow into the country makes the topic BITs and Investment Treaty Arbitration all the more important.

Introduction – The Regression of Gunboat Diplomacy

The dispute resolution clause which provides for the appointment of arbitrator is based either on treaties or general agreements. Such clauses entrust power and discretion to the appointed Arbitrators to make findings on the behavior of the Host State towards the foreign investors. The parties to an Investment Arbitration are free to engage independent arbitrators to make what are in quintessence; governmental decisions. These dispute resolution clauses which are common to all Investment Arbitrations are carefully drafted to either concur to an institutional arbitration format or an ad-hoc format, depending on the nation and its relevant treaties.

Dispute resolution by way of an institutional format or an ad-hoc basis comes with an elaborate procedure of rules which must be adhered to depending on the format the parties chose. Several treaties are either governed by the terms of International Convention for Settlement of Investment Disputes (“ICSID Convention”) or the UNCITRAL Rules for Arbitration (“UNCITRAL”).The basic structure, procedure and formats of Investment Arbitration are reproduced as follows:

The 1965 ICSID convention[2] created first of its kind forum for resolution disputes between states and the investors (directly), by way of including arbitration clauses in contract between states. India like many other developing countries hasn’t signed or ratified this convention (ICSID). Despite that India has entered into ‘Bilateral Investment Treaties’ commonly known as Bilateral Investment Protection Agreements (“BIPAs”)[3]with many countries, been part of various arbitrations and even had two major Investment Arbitration awards against it. The obligations that the contracting parties i.e. The Government of India and the foreign Investor are largely independent of the domestic legal systems, thereby pave way for public international law. The following are the essential clauses which involves BIT/BIPA:

India signed its first BIT with the United Kingdom[4] in 1994, and since then has signed more than 83 BITs with various nations across the globe, out of which 72 are still in force, while the remaining ones have not been enforced. Although India promises to be one of the most attractive destinations for FDI, but the relaxation of FDI norms still does not gel with many states making India a difficult jurisdiction to do business with.[5] Consequently, the investor-state disputes are inevitable.

The Union Government released the text for the new Model Indian BIT in December 2015[6]. This new Model BIT contains some controversial and debatable clauses, such as the updated ‘Most Favoured Nation’ (‘MFN”) clause, which may not gel with the interests of many contracting states. The issue of lack of awareness and the prevalence of misconceptions on BIT’s and BIPA’s implies that the investors are consequently unaware of all the protections that are afforded by such Investment Treaties. Under the Indian regime, the Investors should keep the following points in mind:[7]

This comes at a juncture when around 23 BITs between India and various EU nations are on the verge of renewal/replacement. These numbers make the Indian BIT programme one of the biggest amongst developing countries. This bilateral regulatory framework is significant in terms of its effect on the domestic regulatory behavior of India as regards investment inflows from its treaty partners. The basic idea that persists is that investments and investor covered under the BITs are not to be put under risks, which are inappropriate or unreasonable.[8] The current Indian BITs do not give ‘a right to make investments’ in India. This is one of the most noticeable features of the BITs to which currently India is a party. Thus, what it conveys is that the rights under the BITs can only be exercised after making Investments in India.

White Industries vs. Republic of India

The dispute in this matter between Coal India Ltd. (a PSU) and White Industries (Australian Company) arose out of an ICC Arbitration Clause in relation to contract of development of a mine in Piparwar in India, valued at 206.6 Australian Dollars (AUD). The Arbitration whose seat was fixed in Paris resulted in effecting the Republic of India with an award worth 4.06 Million Dollars in favor of White Industries. In pursuance to the legal battle with respect the enforcement of such award, it is in 2009 when White Industries invoked the provisions of the India-Australia BIT, and opted for Investor-State Dispute Resolution. As a result, an Ad Hoc tribunal was constituted and the Investment Arbitration proceedings were conducted according to UNCITRAL Arbitration Rules.

In 2005, an agreement to lease out satellite spectrum was entered into between ‘Antrix’, the commercial arm of Indian Space Research Institute (ISRO) and ‘Devas Multimedia’, a Bangalore based company backed by Mauritius based foreign investors. Under the agreement, Antrix was to provide the spectrum to Devas Multimedia on lease for a period of 12 years, in return of payment of 30 million dollars as fees upfront. But in 2011, ISRO annulled the above agreement citing ‘larger national and local interests’. Devas Multimedia initiated International Commercial Arbitration proceedings under an ICC Arbitration Tribunal. This resulted in an award of Rs.4,400 crores. Simultaneously, Devas Multimedia also initiated Investor-State dispute resolution proceedings against Antrix under the India-Mauritius BIT, as Devas Multimedia was backed by foreign investors. What followed was an award against India under the Investment Treaty Arbitration by the Tribunal at Permanent Court of Arbitration (PCA) at The Hague in July 2016. The tribunal ruled that annulment of Devas-Antrix agreement amounted to ‘expropriation’ and resulted in breach of treaty commitments under India-Mauritius BIT, to accord ‘Fair and Equitable Treatment’ to Devas’ foreign investors.

Besides the White Industries and Antrix-Devas awards, India has received several notices for Investment Treaty Arbitration under various BITs by several investors. Pending claims against India include challenges to various regulatory measures such as cancellation of telecom licenses and imposition of retrospective taxes. As on date, there are fourteen known pending proceedings of claims brought against India. Due to the adverse award in the White Industries case and several other notices for Investment Treaty Arbitrations under various BITs, the focus on BITs got renewed. The White Industries case in particular compelled India to rethink its BIT program. Consequently, the Union Government of India undertook a review of the 2003 BIT Model and what followed was the new Model BIT of India in March 2015.

India has given notice of unilateral termination of 58 BITs on 31st March 2017 and it is in process of signing some crucial BITs, such as the US-India BIT. All of this in conjunction with India’s aim of increasing foreign investment flow into the country makes the topic BITs and Investment Treaty Arbitration all the more important.

A spectrum of recent incidents ranging from cancellation of 2G licenses, retrospective tax amendments etc. have resulted in the issuance of BIT Notices to the Government of India. Furthermore, the main problem with India’s new Model BIT lies in its ‘Dispute Resolution ‘clause. The pre-requisite of exhausting and pursuing all domestic remedies before bringing claims under the BIT is a redundant course of action as the same could render the whole purpose of BIT futile. However, the Indian government in its counter strike to avoid claims under the BITs is rather creating a plethora of future disdains. The need of the hour demands an amended ‘Dispute Resolution’ clause of the Indian Model BIT of 2015 which is more pragmatic. In order to achieve this, the Indian government has to work hand in glove with the Indian Judiciary to promote a regime of a rapid inland dispute resolution mechanism.

In international politics, Gunboat Diplomacy (or “Big Stick ideology” in U.S. history) refers to the pursuit of foreign policy objectives with the aid of conspicuous displays of naval power – implying or constituting a direct threat of warfare, should terms not be agreeable to the superior force. For instance- Great Britain, Germany, and Italy sent warships to the Venezuelan coast to demand reparation for the losses incurred by their nationals when Venezuela defaulted on its sovereign debt.

[6] Article 14.7 (i) of the Indian Model BIT text of 2015- “Applicable Rules- (i) The arbitration shall be conducted under the Arbitration Rules of the United Nations Commission on International Trade Law inforce at the time of the commencement of the dispute or any other rules agreed to -between the parties in writing prior to the commencement of arbitration, and as modified by this Treaty.”