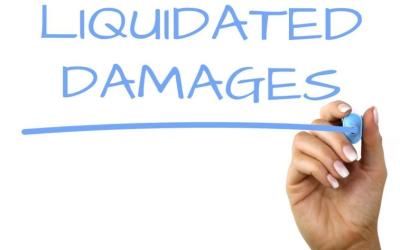 The Arbitral Tribunal by allowing majority of the claims has held that Punj Lloyd -Sembawang Singapore- Sembawang India – Joint Venture (hereinafter referred to as the Contractor) is not liable to pay any liquidated damages/ Penalties levied by Bangalore Metro Rail Corporation Limited (hereinafter referred to as Bangalore Metro) by declaring the communications issued by Bangalore Metro for deposit of Liquidated Damages towards delay in completion of the two Projects as illegal and invalid. The exhaustive and meticulous Arbitral Awards in respect of the aforesaid disputes is in itself in the form of a mini thesis on a typical Indian Civil Engineering (Construction) Dispute resolved through Alternative Dispute Resolution by way of invoking the Arbitration clause in the Contract. In this update, we have attempted to focus only on ‘Contractor’s Liability towards Liquidated Damages’ in the event of delay in completion of Projects which is of such a high magnitude in complex Construction Contracts.

The Arbitral Tribunal in the aforesaid disputes had the opportunity to examine various provisions of the Indian Contract Act, Arbitration and Conciliation Act, 1996 as amended by the Amendment Act of 2015, Limitation Act and numerous judgments of different High Courts as well as conflicting decisions of the Apex Court in order to determine the claims of the Contractor and counter claims of Bangalore Metro. The Tribunal has accepted majority of the arguments raised by the Counsel for the Contractor by giving a specific finding with respect to the withholding of amounts in Interim Payment Certificates that a Public Authority like Bangalore Metro cannot resort to unjustified and baseless withholding of amounts due to the Contractor and awarded the same with interest.

The Contractor entered into Contracts with Bangalore Metro for the purpose of construction of elevated Metro Stations in respect of the two Projects. The duration of the Projects was twenty-two months commencing from 13th April 2009 to 13th February 2011 in case of the first Project which stretched upto 31st August 2015. In case of the second Project, twenty-two months commenced on 25th March 2009 and concluded on 24th January 2011, but the work stretched upto 30th June 2014 due to delays caused on account of various reasons. Consequently, the Contractor sought for extension of time as provided under the Contract on five occasions for completion of the works. Bangalore Metro had given four extensions without levy of any penalties or liquidated damages (LD) but while granting the 5th EOT, Bangalore Metro gave a post facto approval with levy of LD of INR 32 Crores (UDS 4.6 Million) for the Projects. Bangalore Metro also withheld all the Bank Guarantees (BGs) furnished by the Contractor, Final Bills, amounts towards various works executed towards non-tendered items, etc.

The Contractor before invoking the arbitration clause for resolution of disputes had approached the High Court of Karnataka at Bengaluru wherein, it had successfully obtained an order of stay over the implementation of the communication levying LDs in both the Projects till the constitution of Arbitral Tribunal, as there was an imminent threat that Bangalore Metro would encash the BGs furnished by the Contractor in order to recover the LD. Once Arbitral Tribunal was constituted, the Contractor filed an application under Section 17 of the Arbitration & Conciliation Act, 1996 restraining Bangalore Metro from invoking the communication levying LDs in respect of both the Projects till the disposal of the arbitration proceedings which came to be allowed. Bangalore Metro was also restrained form invoking the BGs amounting to INR 26 Crores (USD 3.7 Million).

The issue raised before the Tribunal involved the rights and liabilities of the parties in respect of a Construction Contract related to Projects of vast public importance. The main issue in controversy between the parties was – who was attributable for delayed progress of the Projects. The Contractor had meticulously established before the Tribunal that delay in  handing over of lands & Good for Construction Drawings, entrustment of additional works, delay in granting of approvals by Bangalore Metro, delay in supply of materials by Vendors on account of belated release of payments towards Interim Bills, Force Majeure, freezing of indices, etc., had contributed to the delay in progress of works on account of which Contractor could not achieve the Key Dates. We were successful in establishing various claims of the Contractor and demolishing Bangalore Metro’s counter claims in its entirety amounting to about 17 Millions USD.

In the light of the evidence and submissions placed before the Tribunal, it was held that the Contractor had successfully executed the Projects and there was no reasons forthcoming for imposition of LD after the completion of the entire Project and commencement of commercial operations. The Tribunal specifically relied upon the fact that having allowed the Contractor to complete the works without approval of the final extension and levying of LD with retrospective was not justified and consequently, Contractor was not liable to pay any LD. The Tribunal has held that completion of works as a whole i.e., last Key Date could not be achieved by the Contractor for the reasons attributable to Bangalore Metro. Since, most of the claims were linked to the aspect of delay, based upon the findings given on delay, the claims of the parties were decided. The Tribunal made it clear that claim towards idling & overstay could not be considered, due to existence of prohibitory clause in the Contract agreed upon by the parties, which specifically provided that Contractor shall not be entitled to claim any amount towards compensation,  damages or cost on account of delay attributable to Bangalore Metro and in view of the precedents of the Supreme court to the effect that Arbitral Tribunal which is a creation of the Contact cannot go beyond the terms of the contract.

The Tribunal allowed several claims of the Contractor with specific directions to issue Performance Certificate, release the BGs, Final Bills, compensation for delay in release of payments towards Interim Bills, charges for extension of BGs from time to time, allowing the claims towards price variation of major construction materials, claim towards Quantity variation, amounts withheld towards execution of additional works, etc., and also holding that Contractor is not liable to pay any LD. Apart from claiming LD, Bangalore Metro had also claimed penalty for not achieving Key Dates, additional payment to GC & few other claims. Interestingly claim for loss of productivity was also made by Bangalore Metro on the ground that due to delay in completion of Project work, train operations were also delayed resulting in loss of revenue.   The claims were rejected by holding that the contention of the Contractor that having not levied any penalty while granting the first four extensions, Bangalore Metro was not entitled to recover any penalty subsequently, which were for Key Dates 1 to 4. Contractor had also contended that Contract did not provide for making any claims towards loss of productivity, risk & cost, etc., that too without any prior notice to the Contractor. We were also successful in convincing the Tribunal that though the contract provides that Time was essence of the Contract, such clause has no relevance, once extension is granted and  accordingly the Tribunal held that it was not the intention of the parties to treat time as essence of the Contract in view of the fact that Bangalore Metro had granted extensions on account of which it cannot hold Contractor alone responsible for delays.