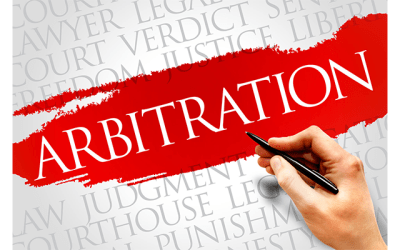 Section 34 of the Arbitration and Conciliation Act, 1996 (hereinafter referred to as the “1996 Act”) stipulates grounds to challenge the arbitral award made under Section 31. However, the challenge to the award can only be made within limitation period of three months from the date of receipt of the award. This period of limitation can be further extended by 30 days in cases where the applicant is able to show sufficient cause for delay in filing petition under Section 34. It is pertinent to note that Section 34 provides for calculation of limitation period from the date of receipt of the award. In contrast, Section 31(5) of the 1996 Act provides only for the delivery of the award to the parties which is followed by termination of arbitration proceedings. The term receipt is not used under Section 31(5) of the Act. The gap between “delivery” and “receipt” is further highlighted by reading of Section 3 of the 1996 Act which stipulates that a communication is “deemed receipt” on the date of delivery. Does this entail that delivery of the award amounts to receipt and the period of limitation is to be calculated from the date of delivery of award. This is a question which this article tries to answer. The aim of this article is to highlight this dichotomy.

Limitation of Time under Section 34:

Section 34(3) provides that an application for setting aside an award shall not be entertained by the Court if it is made after three months have elapsed from the date on which the applicant had received the arbitral award. The proviso to this Section further provides that if the Court is satisfied that the applicant was prevented by sufficient cause from making the application within the prescribed time; it may entertain the application within a further period of 30 days but not thereafter. The importance of period fixed under Section 34 is highlighted under the 1996 Act by Section 36 which stipulates that where the time for making an application to set aside the arbitral award under Section 34 has expired, the award shall be enforced under the Code of Civil Procedure, 1908 in the same manner as it was a decree of the Court. In catena of cases, the Supreme Court has held that the period mentioned under Section 34(3) cannot be extended. It is pertinent to note that Section 34(3) places emphasis on the “receipt” of the award.

Contradiction between Delivery and Receipt:

Section 31(5) of the 1996 Act stipulates that a signed copy of the award shall be delivered to each party. The delivery of the copy of the award has the effect of conferring rights on one party and the said entitlement to exercise those rights ends with the expiry of the prescribed period of limitation which would be computed from that date. Hence, the delivery of the award is imperative in the arbitral proceedings. Section 3 of the Act stipulates that communication is “deemed receipt” on the date of delivery. Therefore, it becomes important to analyze whether the date of delivery is to be taken as the date of receipt of the award under Section 34(3) of the Act.

Mere Delivery of Award Does Not Amount to “Deemed receipt”:

Further, in the case of State of Himachal Pradesh vs. Himachal Techno Engineers[3], the Supreme Court held that when the award is delivered or deposited or left in the office of a party on a non-working day, the date of such physical delivery is not the date of “receipt” of the award by that party. Delivery, thus, has to be effective so as to be called as receipt by the party.The gap between combined reading of Section 31(5) and Section 3 on one hand and Section 34(3) on the other hand was diluted by the Supreme Court in India in the case of Union of India v. Tecco Trichy Engineers and Contractors[1] wherein a three judge bench of the Supreme Court, with respect to the issue of limitation for filing objections under Section 34 for setting aside the arbitral award, held that the period of limitation would commence only after a valid delivery of an arbitral award takes place under Section 31(5) of the Act. The Court held that this is not a matter of mere formality. It is a matter of substance. The delivery of the arbitral award to the party, to be effective, has to be received by the party. This delivery by the arbitral tribunal, and receipt by the party, sets in motion the period of limitation. In State of Maharashtra & Ors v. Ark Builders Pvt. Ltd.[2], while following the judgment in Union of India vs. Techno Trichy Engineers and Contractors, the Supreme Court held that the expression “party making the application has received the arbitral award” cannot be read in isolation, and it must be understood that Section 31(5) requires a signed copy of the award to be delivered to each party.

A bare reading of the Arbitration and Conciliation Act, 1996 provides that mere delivery would amount to deemed receipt of the award and therefore, the limitation period for the purpose of setting aside the award could be calculated from the date of delivery. However, the Indian Supreme Court in un-ambiguous terms has held that delivery has to be effective to be called as a receipt. Therefore, only on actual receipt of the award can an application for setting aside the arbitral award be filed in India.