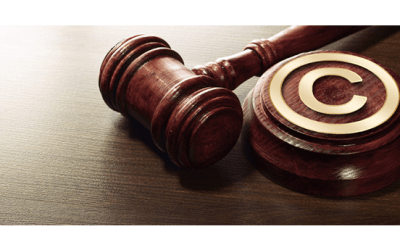 The Supreme Court in a landmark judgement in the matter of Krishika Lulla & others Vs Shyam Vithalrao Devkatta held that no copyright subsists in the title of a literary work and no such relief is available except in an action for passing off or in respect of a registered trademark comprising such titles. However, such protection can be claimed in exceptional circumstance, where the title is of inventive nature.

The main issue before the court was whether copyright subsist in the title of the literary work “Desi Boyz”.

The facts of the case were that the Respondent Shyam Vithalrao Devkatta, had written a story with the title “Desi Boys” and had got the synopsis of the story registered with the Film Writers Association. He mailed his concept in the form of synopsis titled as “Desi boys” to two persons, through his friend, who were in the process of making a comedy story. However, he did not received any reply but, then the Complainant saw promos of a film named ‘Desi Boyz’ which was subsequently released throughout India on 25. 11. 2011. According to him, the adoption of the title “Desi Boyz” is a clear infringement of the copyright in the film title “Desi Boys”. No claim was made by the Complainant with respect to the film infringing upon his copyright in the story ‘Desi Boys’.

The court noted that Section 13 of the Copyright Act, 1957 provides protection for original literary work. The court stated that a title by itself cannot be considered as complete by itself without the work that follows. It further stated that the title ‘Desi Boys’ is the combination of the two words ‘Desi’ and ‘Boys’ which are very commonly used words in India and that has nothing original in it. The mere use of common words as used here cannot qualify for being described as ‘literary’. Therefore, no copyright subsist in the title ‘Desi Boys’ under Section 13 of the Copyright Act, 1957.

The Supreme Court while deciding the issue referred to judgement given by Delhi High Court in Kanungo Media (P) Ltd Vs RGV Film Factory & others where the court declined injunction against the defendant for using the brand name and title “Nishabd” alleging similar to the film of the plaintiff therein. It was observed in the said case that if a junior user uses the senior user’s literary title as the title of a work that by itself does not infringe the copyright of a senior user’s work since there is no copyright infringement merely from the identity or similarity of the titles alone. The Court also referred to judgement given by the Madras High Court in the R. Radha Krishnan v. Mr. A.R. Murugadoss & others where the Madras High Court followed the decision of the Delhi High Court in the Kanungo Media Case and rejected an injunction for restraining the defendant from using the title of the plaintiff’s film ‘Raja Rani’. The Madras High Court considered various other decisions and held that the words ‘Raja Rani’ are words of common parlance which denote the king or the queen and cannot be protected under the law of copyright.

Therefore, it is now clear that there can be no copyright protection for titles of works under normal circumstances. The protection by way of registering a trade mark may be available, provided, the title is distinctive. “The appropriate remedy in such cases will be an action for passing off,” said the Court.