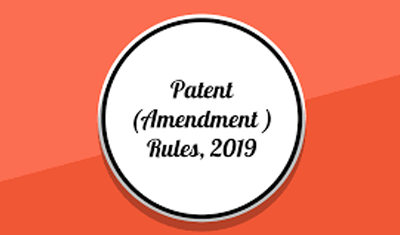 Below are the Amendments as specified in the new Rules:

The said Rules can be accessed at: http://www.ipindia.nic.in/writereaddata/Portal/News/569_1_The_Patent_Amendment_Rules_2019_.pdf