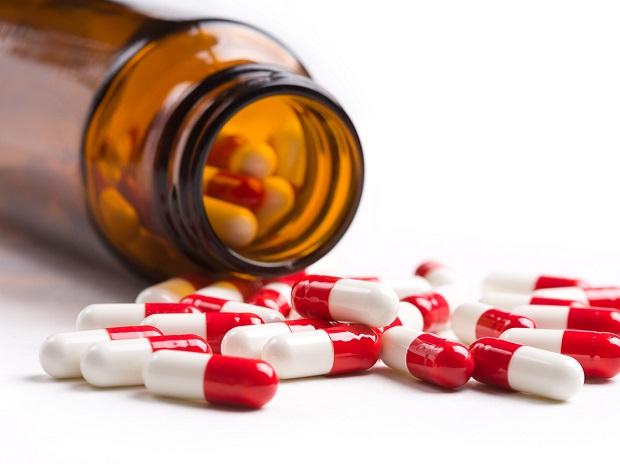 Introduction:
The Indian pharmaceutical industry has witnessed tremendous growth in the past decades, in terms of market capturing and contribution to the Gross Domestic Product of our country. India’s domestic pharmaceutical market is estimated at USD 41 billion in 2021 and is likely to reach USD 65 billion by 2024 and further expand to USD 120-130 billion by 2030.[1] Considering the promising future of the pharmaceutical industry, the Government of India is diligently involved in promoting this industry, by introducing and enforcing regulations, which are at par with the global standards. Due to the expansion of the market and the investment by the industry players, intellectual property rights protection becomes imperative for the companies.
In this article, we are discussing the scope and ambit of the protection of pharmaceutical trademarks and patents under Indian laws.

The protection of pharmaceutical trademarks is comparatively challenging than other trademarks. Section 9(a) of the Trademark Act, 1999, prohibits the registration of trademarks which are descriptive, or which are devoid of any distinctiveness, i.e., not capable of distinguishing the goods or services of one source to another and it is of such nature as to deceive the public or cause confusion. However, when the trademark has acquired a secondary meaning or has gained distinctive character owing to its prolonged usage and recognition amongst the consumers.

Specifically, in the case of pharmaceutical trademarks, the brand name or drug name is generally derived based on the treatment performed by the drug, salt composition of the drug, or any other related medical term, because of which it does not have an inherent distinctive character; however ‘distinctiveness’ is a requisite, for a mark to qualify as a trademark.

Further, as per Section 11 of the Trade Marks Act, 1999, a trademark must not be similar to an earlier trademark, which is likely to confuse customers. During procurement of pharmaceutical products or drugs, the customers should be able to easily differentiate between the products according to the brand name or drug name and trade dress, to avoid or reduce errors. Hence, the process of protection of the brand name or drug name becomes challenging and evidence with regards to the secondary meaning or gained distinctive character is the factor to decide on distinctiveness.

Another significant provision in this regard is laid down in Section 13 of the Trade Marks Act, 1999, which states that a trademark must not be any name of chemical elements, compounds, and International Non-proprietary Names (INNs) which have been declared by the World Health Organisation and notified by the Registrar of Trademarks in 2012, or which are deceptively similar to the INNs. As the listed INNs are generic names of active pharmaceutical ingredients, no pharmaceutical company can have monopoly rights over it, and hence can be used by all.

Therefore, in order to avoid trademark opposition or objection against the protection of the brand name or drug name, the trademark should be devoid of:

Non-Conventional Trademark Protection
In the present times, pharmaceutical companies have initiated the development of advanced and innovative ways to help distinguish the drugs from the other competitors in the market. Therefore, pharmaceutical companies are relying on non-traditional ways for trademark protection of the drugs in addition to just the brand name or drug name for their products. This helps to avoid deception and confusion amongst the consumers and also highlights the distinctiveness of the trademark.

The non-traditional marks or the non-conventional marks, specifically in the pharmaceutical industry include the shape of drugs, colour combinations of drugs, and trade dress.

The Supreme Court of India, in the case of Cadila Health Care Ltd v. Cadila Pharmaceuticals Ltd.[2] laid down certain factors for determining deceptive similarity between pharmaceutical trademarks, which include:

The European Court of Justice has also offered clarifications on the nature of confusion in case of pharmaceutical trademarks, that, when read with Section 11(1) of the Trade Marks Act, 1999, classifies the likelihood of being deceived into different categories like direct confusion of public, indirect confusion or an association where the public makes a connection and strict association where the similarity of the trademarks brings to mind the memorable mark even though the two are not necessarily confused.

Furthermore, the European Court of Justice has also provided elements in the case of SABEL BV vs Puma AG, Rudolf Dassler Sport[3], wherein the basis for evaluation of the risk of confusion is dependent on whether the infringed and the infringer’s drug treats the same disease, as the consumer base is different if the ailment is different, the amount of time consumed in ensuring correct administration of the drug by end-users and pharmacists, whether it is an over-the-counter or a prescription based medication, who is the actual consumer and the extent to which the doubtful impression is offset by knowledge and skill in the field.

The aforesaid criteria when read with Smith Hayden & Co. Ltd.’s Application[4] and Amritdhara Pharmacy vs Satya Dev Gupta[5] AIR 1963 SC 449, together lays down criteria for testing confusion, stating that in case a substantial number of the existing trademark’s customers are not confused or deceived, the average intelligence and imperfect recollection of the layman and that deceptive resemblance can only be established by answering which trademark is likely to deceive the consumers.

Patent Law and the Pharmaceutical Industry
The pharmaceutical sector has always been knowledge-intensive and demands considerable investments. The developing period of pharmaceutical products to reach a favourable outcome is considerably longer as compared to other sectors or industries. Therefore, it becomes imperative for pharmaceutical companies to obtain the protection of their inventions through acquiring patent rights. Patent, inter alia, encourages innovations by inventors as it protects the investments made for research and development as creates an incentive for innovation. However, the patentability of pharmaceutical inventions, particularly in India, has always been in intense debate due to statutory challenges. Apart from the worldwide patentability requirements i.e., novelty, inventive step, and industrial applicability, the pharmaceutical and related inventions must qualify the litmus test laid down under Section 3 of the Patents Act, 1970, particularly Sections 3 (d), (e), and (i).

Protection of Pharmaceutical Patents:
Section 3 of the Patents Act, 1970, specifies the inventions which are not patentable subject matter, even if such inventions qualify the patentability criteria.

Section 3(d) of the Patents Act, 1970, deserves special attention in the context of the pharmaceutical inventions and which states -

Explanation - For the purposes of this clause, salts, esters, ethers, polymorphs, metabolites, pure form, particle size, isomers, mixtures of isomers, complexes, combinations and other derivatives of known substance shall be considered to be the same substance, unless they differ significantly in properties with regard to efficacy”.

It is important to note that the main purpose of 3(d) of the Patents Act, 1970, is to prohibit the ever-greening of pharmaceutical patents and bring the inventions, particularly related to drug or chemical compounds, under the scope of patenting. This section stipulates that an invention, already claiming the new form of a known substance, or second and subsequent use of a known substance, having established medicinal activity, shall be deemed to be treated as the same substance and shall not be considered as patentable, unless the invention in question significantly demonstrates the improved therapeutic efficacy with respect to that known compound.

The Hon’ble Supreme Court of India, while adjudicating the Novartis AG Vs. Union of India (UOI) and Ors [6] emphasized that true legislative intent of the Section 3(d) of the Patents Act, 1970 and stated that “Section 3 (d) is meant especially to deal with chemical substances, and more particularly pharmaceutical products. The amended portion of section 3(d) clearly sets up a second tier of qualifying standards for chemical substances or pharmaceutical products in order to leave the door open for true and genuine inventions but, at the same time, to check any attempt at repetitive patenting or extension of the patent term on spurious grounds”. Also, while interpreting the term “efficacy” the Court opined that in the context of pharmaceutical patenting, “efficacy” means the ability to produce a desired or intended result. Therefore, the mere change in the form of the already known form, having inherent properties of that form, does not constitute “enhanced therapeutic efficacy”. Such a new form is required to expressly exhibit the therapeutic efficacy, else excluded from patentability.

It is important to mention herein that the Indian Patent Office, while examining the applications, provides an opportunity to furnish the additional documents or experimental studies, to substantiate the “therapeutic efficacy” in the invention, which was not disclosed in specifications at the time of filing the application.

Section 3(e) of the Patents Act, 1970, is pertaining to patenting of combination inventions, in the field of chemical as well as biotechnological sciences and states –

It is a well-accepted principle of the Indian Patent Laws, that mere collocation of more than one component, not involving the exercise of any inventive faculty and performs its function independently, is not patentable. In case the working interrelations brought about by the collocation of these components is linked to produce new or improved results, then the subject matter is considered to be patentable.

The claims relating to pharmaceutical compositions are mostly objected by the Indian Patent Office under Section 3(e) of the Patents Act, 1970, as it relates to a known composition or mere admixture of known components which does not involve any synergistic effects. One of the most significant reasons behind objections against such patent applications is the ambiguity in understanding terms such as “mere admixture” and “aggregation of the properties” of Section 3(e) of the Patents Act, 1970.

The Hon’ble Bombay High Court in Lallubhai Chakubhai Jarivala v. Shamaldas Sankalchand Shah[7] interpreted the term “mere admixture” stating that, a “mere admixture” is when a person merely admixes the known substances with an expectation to get an additive effect of both the substances. However, when a person gets more than the expected additive effect, then the admixture is considered as a synergistic composition. When a substance is not known at all and its properties are also not known, then it is not possible to prepare an admixture of such an unknown substance. Hence, the chemical compositions of the new substance or compound cannot be considered as a “mere admixture”, as neither the compounds of such composition were disclosed in the prior arts, nor any properties were known.

In regards to “aggregation of the properties”, the case of Ram Pratap v. Bhaba Atomic Research Centre[8], clarifies that, a mere juxtaposition of features, which are already known before the priority date, that has been arbitrarily chosen from among a number of different combinations, is not a patentable invention and amounts to aggregation of properties.

Section 3(i) of the Patents Act, 1970, states – “any process for the medicinal, surgical, curative, prophylactic, diagnostic, therapeutic or other treatment of human beings or any process for a similar treatment of animals to render them free of disease or to increase their economic value or that of their products” is not a patentable invention.

In the field of pharmaceuticals, it is noticed that method of treatments is often claimed in the guise of composition claims. However, it is important to note that any claim related to the treatment, is not the patentable subject matter in India. Though, a patent may be obtained for surgical, therapeutic or diagnostic instruments or apparatus.

Conclusion:
India has always been in discussion with respect to its IP regime and procedures. However, the IP Office periodically provides with manuals[9] and necessary guidelines in order to achieve the uniformity in grant procedures.

The Indian Courts also provide clarifications for ensuring the protection of intellectual property rights, in order to promote protection in every industry, including the pharmaceutical industry.