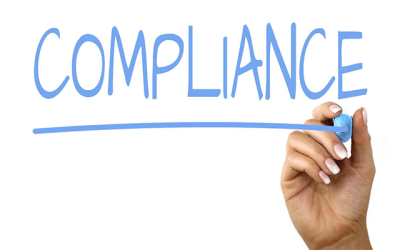 India is persistently exposed to formidable security challenges and there is an increasing threat from the rising crime rate and escalating terrorism. On the other hand, police-public ratio in India is 136.42 police personnel to protect every 1 lakh citizens[1] which is a huge gap generally bridged by Private Security Guards (PSGs) being our first line of defense. There has been a tremendous growth in this industry as the security guards have become omnipresent in private and public areas including offices, IT parks, metro stations, malls, hotels, airports, various events and public gatherings.

According to the FICCI-Grant Thornton report, the security services industry is becoming an employment generating machinery, currently employing 7 million people and growing at a rate of 20%. Its value is expected to increase from INR 40,000 crore in 2014 to INR 80,000 crore by the end of the year 2020. It is also estimated that the Indian private security industry will generate about 5 million additional jobs by 2020.[2]

The Ministry of Labour and Employment issued a notification defining “Skilled Work” as “Work which involves skill or competence acquired through experience on the job or through training as an apprentice in a technical or vocational institute and the performance of which calls for initiative and judgment.”[3] The Act clearly stipulates a minimum of 160 hours of training to describe someone as trained workers in multiple sections of the Act.

The PSGs are involved in performing various skilled functions like access control using baggage x-ray machine and metal detection equipment. Considering the job descriptions and job specification of the armed and un-armed security personnel and supervisors, both un-armed and armed PSGs and security supervisors satisfy the definition of ‘skilled workers’. Therefore, necessary changes should be made in the Central and State Minimum Wages Acts.

An important practical challenges is increased cost for security agencies if PSGs are considered as skilled or highly skilled workers. Already, there are pending litigations in various courts as security agencies struggle in recovering payments from establishments who require PSGs. This leads to delay in providing monthly salaries to PSGs. Increased cost in such a scenario is likely to lead to a situation where the security agencies who provide PSGs to various establishments would favor employing PSGs as casual workers instead of permanent workers as the casual workers are paid less and are also not capable of entering into collective bargaining. Thus, the objective of the amendment would not be fulfilled. It would take will and intention on the part of employers and the legislators to strengthen the legislation and to ensure that the standards for minimum wages are adhered to in salaries of PSGs.

Considering the growth prospects and hence projected demand of employable human resource in this industry it is important that the job as a PSG becomes a respectable vocation with secured job prospects. Need of the hour is to make the necessary amendment and classify them as skilled workers so that the PSGs stop suffering from lower wages and lack of self-respect. At the same time the government will have to ensure that this amendment does not end up affecting the viability of this high employment sector.