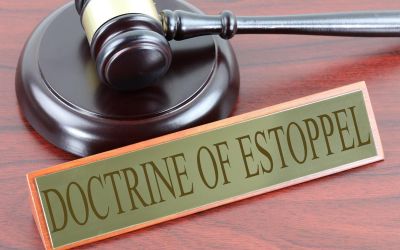 INTRODUCTION
In a recent pronouncement. the Apex Court upheld amendment notifications issued by the Central Government (“Government” / “UOI”) limiting the extent of amount of benefit promised in the original notification. The genesis of the judgement is that doctrine of promissory estoppel cannot be invoked where invocation of the same against the Government is contrary to principal of equity or public interest.

FACTS OF THE CASE
In order to boost economic growth and employment opportunities in the district of Kutch (Gujarat), which was struck by a devastating earthquake on 26.01.2001, the Government issued a notification dated 31.07.2001[2] giving certain excise duty benefits to new industries new industrial units set up in the Kutch District prior to July 31, 2003 (which was subsequently extended to December 31, 2005). Such industrial units were entitled to refund of full duty paid by on finished goods, in cash/personal ledger account (“PLA”) for a period of 5 years from the date of commencement of commercial production.

Various amendments were made to original notification dated July 31, 2001 between September 2001 to September 2004 to clarify certain matters including extending cut -off date of for setting up new industrial units from 31.07.2003 to 31.12.2003. One of the amendments made with effect from 06.08.2003[3] provided that PLA payment could be made to discharge duty liabilities on the finished products only after exhausting the CENVAT credit balances.

Another amendment notification dated 27.03.2008[4] issued by the Government provided that the benefit of refund of excise duty would be granted with reference to value addition done by the industrial units, which was notionally fixed on 34% for the commodity manufactured. This notification also empowered the Commissioner to decide special rate in a situation where the actual value addition was more than the deemed value addition, as notionally fixed. Resultantly there was a reduction in the amount of refund of excise duty to which the industrial units setup pursuant to original notification dated July 31, 2001 were entitled. The industrial unit owners challenged amendment notification dated 27.03.2008 before the Hon’ble Gujarat High Court (“GHC”) contending that they had set up their industrial unit at district Kutch, as against Maharashtra by incurring additional substantial costs of approx. Rs.2200 PMT, only because of the incentive promised by the Government to refund excise duty paid in Kutch Area. Industrial unit owners (Petitioner before the GHC) challenged the notification dated 27.03.2008 on the ground that the said notification changed the entire basis of the incentive exemption and had the effect of substantially reducing the entitlement of refund from nearly 100% of the duty paid to only 34% of such duty amount. It was also contended that the amendment notification curtailing the promised incentive midway were in breach of the doctrine of principal estoppel.

During pendency of the writ before the GHC, Government issued another notification dated 10.06.2008[5] leading the petitioners to amend their writ petition for challenging even the said notification dated 10.02.2008. It appears that by way of yet another amendment notification dated 03.10.2008[6], the Government revised the deemed value addition at 75% in respect of the products manufactured by the eligible industries without giving them any option of applying for special rate.

Decision by GHC
GHC allowed the writ petitions vide judgement and order dated 10.03.2010 holding that the amendment notifications dated 27.03.2008 and 10.06.2008 were retrospective and not retroactive. It was further held that bar of promissory estopple would operate against the Government. Accordingly, the GHC set aside the said amendment notifications; with direction for refund of differential amount by the Government to such owners.

Decision by the Hon’ble Supreme Court of India (“SC”)
Union of India (“UOI”) challenged the decision of the GHC before the SC raising following grounds:

CONCLUSION
This judgement summarises the law with respect to application of doctrine of promissory estopple. It holds that the bar of promissory estopple would not apply if in the facts of the given case it is inequitable or is against the public interest. It further held that bar of promissory estopple would not apply against the Government so long as its impugned action rest on exercise of statutory powers. Undeniably, the enunciation of the SC in the present case is based on settled principle, however, question remains that can genuine and honest industrial units owners be made to suffer simply because a few entities had resorted to abuse of the exemption notification. The Apex Court did not deal with the contention of the industrial unit owners to the effect that in the original notification dated 31.07.2001 there was a mechanism in place to curb, detect and punish the defaulters/offenders and also for recover of refund wrongly claimed/allowed along with interest and in view of such provisions impugned amendments were not necessary.