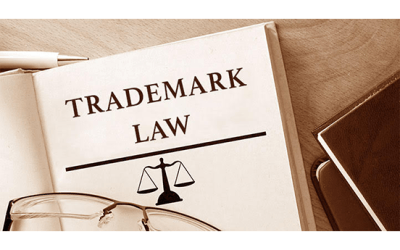 These are mainly found in the form of smell marks, shape marks, sound marks, or color marks. In order to be irreplaceable one must always be different and distinct. A trade dress of a product comprising of color combinations, is protectable only if it is worthy enough to be recognized by the consumers as unique or pertaining to a particular brand. The Tiffany’s blue, Cadbury’s purple or Ferrero Rocher’s combination of golden and brown are such distinct products which have applied intellectual creativity and skill in order to be known in their respective industry.

Trademark law protects the owner’s exclusive rights to use the mark, thereby preventing any unauthorized use of the mark which shall cause confusion in the minds of the general public. It aims at promotion of goods or services in the market, at the same time restricting competitors from using the mark and gain profits through imitation. It also aspires to protect both the interest of the consumer and the traders in the market.

Under the Trade Marks Act, 1999, (“Act”), as per section 2(1)(zb), “trade mark” means a mark capable of being represented graphically and which is capable of distinguishing the goods or services of one person from those of others and may include shape of goods, their packaging and combination of colors and as per section 2(1)(m), “mark” includes a device, brand, heading, label, ticket, name, signature, word, letter, numeral, shape of goods, packaging or combination of colors or any combination thereof.

This means any word, device, brand, heading, letter, numeral, etc. can be included in the list if distinctiveness and graphical representation are present and hence be registered as a trademark. However, the problem arises in cases which fall outside the ambit of conventional or traditional trademarks, the registration of which becomes difficult to be given exclusive status.

To prove distinctiveness of a color trade mark, the colors should be used in a specific manner to perform the trade mark function of uniquely identifying the commercial origin of products or services. Use of distinctive combination of colors helps customers or the general public to relate the goods to their source which helps to increase the market of a particular source and also excludes others from deriving any benefit accrued from this unique mark.

While filing for a color trademark, an applicant is required to submit evidence to show that the said color combination or color that has been claimed is solely associated with the applicant and the public associates the color with the goods mentioned in the application. The evidence can be in the form of such as public surveys demonstrating association of the combination of colors with the applicant’s product or brand. However, without sufficient supportive evidence, acquiring protection in this way may be difficult. The burden lies on the applicant to prove that the particular combination of colors has acquired distinctiveness in course of trade or has acquired secondary meaning due to bonafide uninterrupted usage. For example, Orange as a trademark for a drink may be distinctive but when the color orange is claimed for packaging of those bottles would be non-distinctive.

View of the Indian Courts

In the case of Colgate Palmolive Company v. Anchor Health & Beauty Care Pvt. Ltd. 2003 (27) PTC 478 Del, Colgate sought ad interim injunction against the use of trade dress and color combination of one third red and two third white, in that order, on the container of its product viz. Tooth Powder as by adopting the similar trade-dress particularly the color combination of “red and white” Anchor was “passing off” the goods of Colgate as its own. The court held that it is the overall impression that a customer get as to the source and origin of the goods from visual impression of color combination, shape of the container, packaging etc. If illiterate, unwary and gullible customers get confused as to the source and origin of the goods which they have been using for longer periods by way of getting the goods in a container having particular shape, color combination and getup, it amounts to passing off. In other words if the first glance of the article without going into the minute details of the color combination, getup or lay out appearing on the container and packaging gives the impression as to deceptive or near similarities in respect of these ingredients, it is a case of confusion and amounts to passing off one’s own goods as those of the other with a view to encash upon the goodwill and reputation of the latter. In the said case the Indian judiciary acknowledged color as a part of trade dress and provided protection to it in in the present case by injuncting Anchor from using the color combination of red and white in that order as trade dress on the container and packaging.

Also in the famous Cadbury case, Cadbury Uk Limited V. The Comptroller General Of Patents Designs And Trademarks & Société Des Produits Nestlé S.A. (Case No: A3/2016/3082), Cadbury proved that it’s distinctive shade of purple (Pantone 2865C) on the wrappers packaging for its milk chocolates had gained a distinctive character. Public survey was submitted as a proof to this assertion and the same was granted on 1st October 2012 after a long drawn out legal battle with Nestle.

In the case of Deere & Co. & Anr vs. Mr. Malkit Singh & Ors. (CS (COMM) No. 738/2018), the  Delhi High Court in 2018 granted protection to the Plaintiff’s green and yellow color combination used uniquely on its tractors manufactured for agricultural use on the basis of reputation, distinctiveness and instant source of identification of plaintiff’s products, more so as such color combination was in use for 100 years and the public at large had come to associate the yellow wheels and green body with Deere tractors.

The Delhi High Court in one of its recent judgment on May 25, 2018, in the case of Christian Louboutin v Abu Baker CS (COMM) No.890/2018, refused the trademark of red colour on the sole of heeled shoes on the point that, the mark was just consisting of a single colour red which is invalid as per the definition of a mark under Section 2(1)(m) of the Trademarks Act, 1999 as it requires a mark to be a ‘combination of colours’.  ‘Combination of colours’ is sine qua non, meaning thereby, a single colour, as contra-distinguished from combination of colours, cannot be a mark, falling in the definition of “mark” as well as a “trademark”’. The Court pointed out that the usage of the phrase ‘combination of colours’ in Section 2(1)(m) shows the intention of the legislature to not allow single-colour trademarks. The Court distinguished this case from the previous Deere & Company & Anr. v. Mr. Malkit Singh & Ors., and Christian Louboutin Sas v. Mr. Pawan Kumar & Ors., stating that in both the cases, the provisions of Section 2(1)(m) and Section 30(2)(a) were not taken into consideration. Section 30(2)(a) precludes a claim for infringement, stating that, when a person other than the registered owner of a trademark uses the mark to indicate a characteristic of a good or service, the trademark is not infringed. Here, the court appears to have misinterpreted the provision to mean mark ‘in relation to’ a characteristic instead of mark ‘indicating’ a characteristic. Moreover, the court refused the passing off remedy which is a common law remedy and independent of Indian statutes also, on similar grounds, in spite of Section 27(2) of the Trade Marks Act, 1999 mandating that nothing in the statute shall affect the rights of a person filing for passing off.