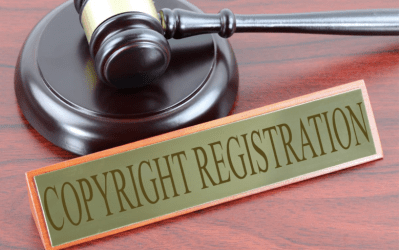 However, the Act provides a procedure for copyright registration. Such registration does not confer any special rights or privileges with respect to the registered copyrighted work. It is however suggested that the owner of such original works register it as the certificate of registration of copyright and the entries made on the Register serve as prima facie evidence in a court of law when a dispute relating to ownership of copyright arises. Copies of the entries and extracts from the Register that are certified by the Registrar of Copyrights are admissible as evidence in all courts. Thus, registration only raises a presumption that the person in the Register is the actual author, owner or rights holder. In infringement suits and criminal proceedings, when time is of essence to obtain urgent orders, registration is of tremendous help.

Rights related to a work can be further assigned, transferred or licensed. An assignment of copyright shall be valid only when it is in writing, signed by the assignor or by his/her duly authorised agent.

The moral rights vested with the author or the creator cannot be transferred or assigned.

Further, a copyright is infringed if a person without an appropriate permission or licence does anything that the owner of the copyright has an exclusive right to do. There are two classes of infringement: primary infringement and secondary infringement.

Primary infringement occurs where a person performs any of the following acts without the consent of the rights holder.

Secondary infringement occurs where a person, with knowledge or reasonable grounds for such knowledge, carries out any of the following actions in relation to infringing copies of the work:

The lists of non-infringing acts are summed up below:

Further, under the Act, hypertext linking does not per se constitute copyright infringement; however, reproducing any copyrighted work, issuing copies of the work to the public or communicating the work to the public could amount to copyright violation. But in the case of hyperlinking, the linking site is not reproducing any work. If the reproduction occurs, it is at the user’s end, who visits the linked page via the link. Technically, the linking site is only informing people about the presence of the work and giving the address of the site where the work is present. It is at the user’s discretion to access the work by clicking the link. But, nevertheless, the linking site is definitely aiding in the distribution of the work.